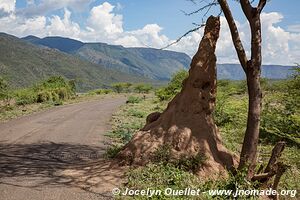 At the park entrance, a termite mound.

In Kenya, one of the most famous parks is Lake Nakuru because of its millions of flamingoes. However, the rains have been much more frequent than normal and caused many lakes to be flooded, including Lake Nakuru. Thus, flamingoes are not present at Lake Nakuru at this time. 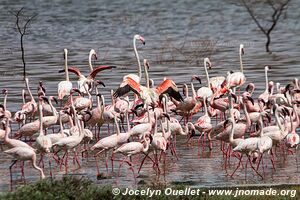 As for the other lakes in the region, Lake Bogoria was also flooded. However, this had a very positive impact in this case; we were able to get closer to the flamingoes. 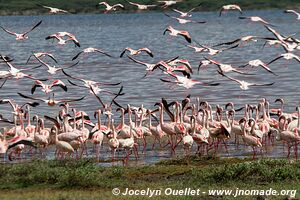 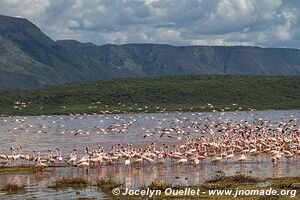 It was possible to get so close to the flamingoes that they were taking off when we reached them. 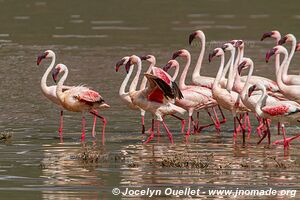 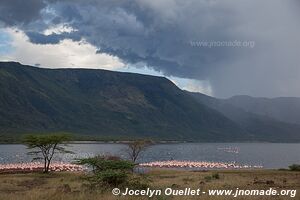 One of the views around the lake. 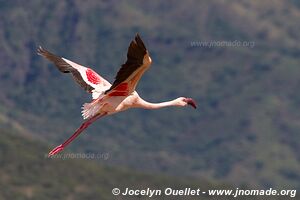 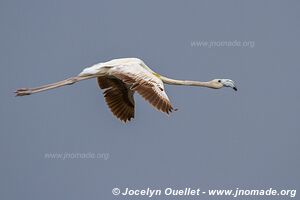 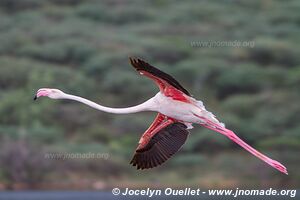 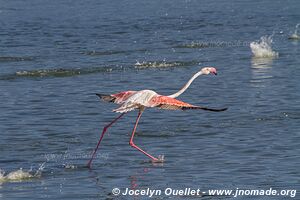 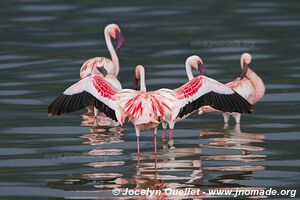 There are sixth species of flamingoes in the world. Of those species, two are found in Africa; the Greater Flamingo and the Lesser Flamingo, both are found at Lake Bogoria. 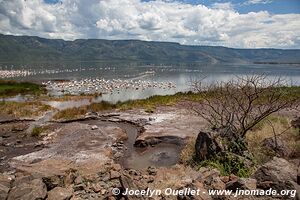 Lake Bogoria is also a place where there are many thermal springs. In many spots, boiling water is spurting out of the ground and pouring itself in the lake. Flamingoes seem to like those springs quite a lot since they gather around them in big number. 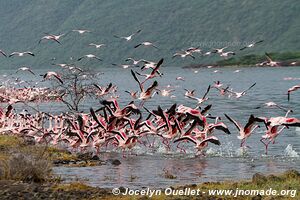 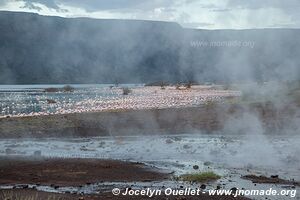 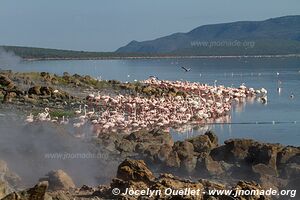 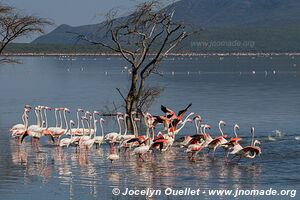 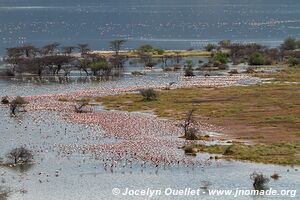 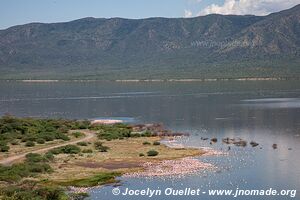 Not easy to count them. 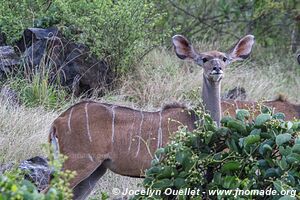 At Lake Bogoria, not only the flamingoes are interesting to see. We also saw a species that is difficult to see: the Greater Kudu. It is a magnificent antelope with the male being almost as big as a moose (elk). 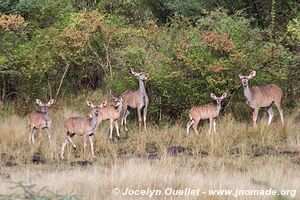 A group of kudus. 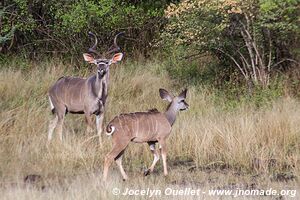 A male and a female. 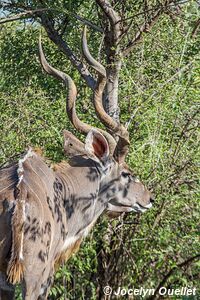 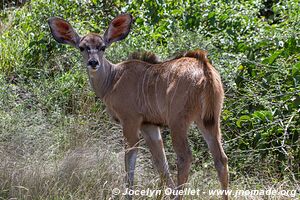 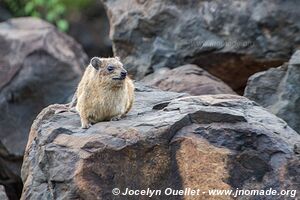 We got the chance to see other species as well.

Believe it or not, but this animal and elephants are distant cousins in the great evolution of life. They have the same ancestor on earth. 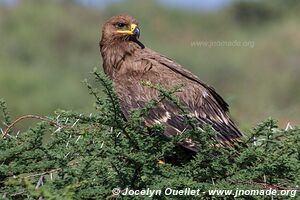 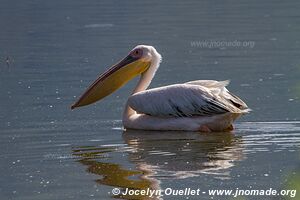 Back to visited regions
Next blog
Hell's Gate Park
(Kenya)