We visited Ruma Park for a particular species: the Roan antelope. In Kenya, this specie would be unique to this park.

Of course, nothing is simple in Africa and there have been highs and lows during that day. 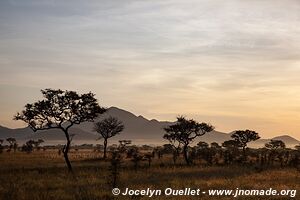 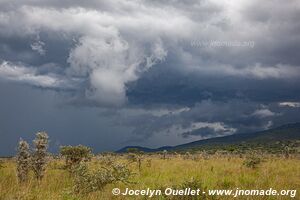 Thunderstorm on the horizon. 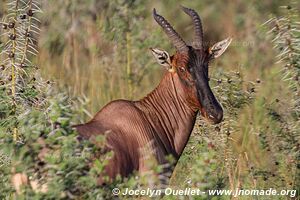 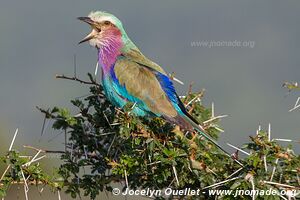 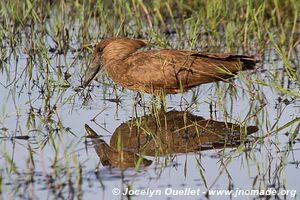 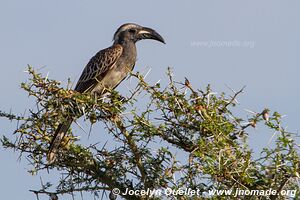 A kind of hornbill. 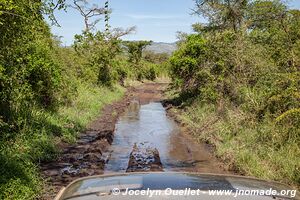 Sometimes after the rains, the roads become quite rough. We never know if there are only a few inches or over a foot of water. Moreover, the bottom could be made of rock or mud. It is always risky to venture in such a track.

Don't worry, we have passed that road without any problem. 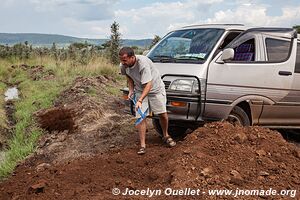 Digging out a path...

Ha, African planning!!! The park's staff was repairing this road. However, when the trucks brought their load, they blocked the main road of the park... and we wanted to pass. We hadn't seen the Roan antelope yet, and we would have more chance to see them by going through this road.

Here it goes, we pay some much in Africa, but we still have to dig our way through. It is frustrating the way things are done. On a positive note, the bulldozer did fix the road a few hours later. We were lucky since we had to take that trail once more. 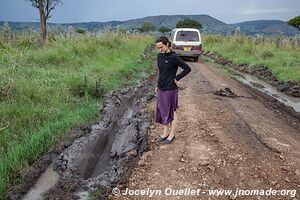 A second misfortune on this day... By wishing to avoid a rock, we (well, in fact :-) Melanie) deviated from the road and a side of the vehicle dug itself in the ditch.

We were worried not to be able to get out, but after 40-50 minutes and a bit of digging, we succeeded in getting out of that hole. Fortunately, there were always two wheels on the gravel... and the vehicle is a four-wheel drive. Melanie is coming back with the shovel, relieved that we managed to get out of this problem. She got scared since she was a little bit angry at herself... 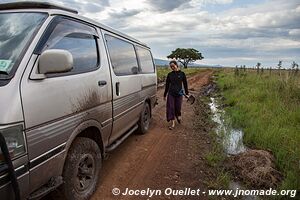 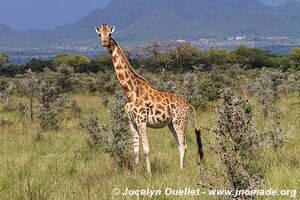 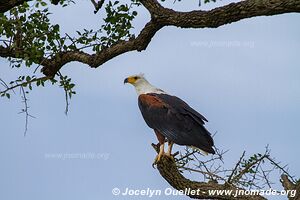 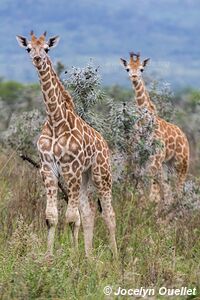 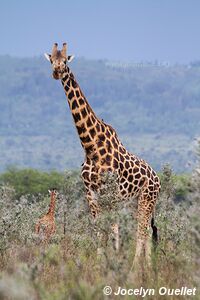 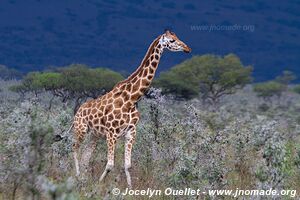 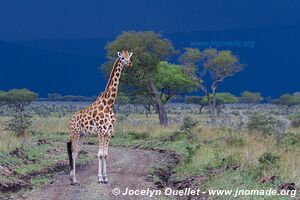 The approaching thunderstorm made out for great landscapes. 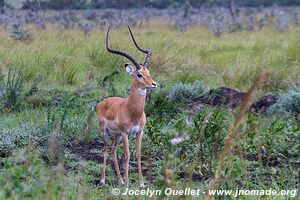 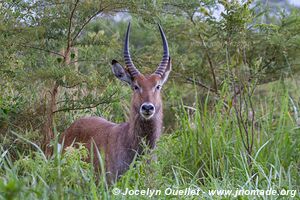 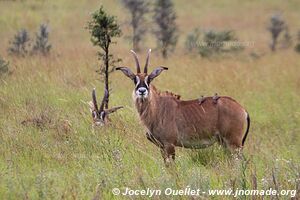 Here is the animal we wanted to see in this park. At the end of the day, we managed to see some Roan antelopes. There are magnificent animals. 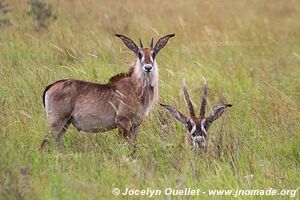 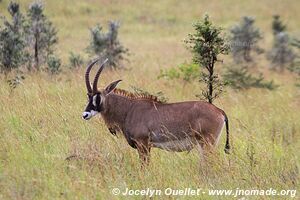 Back to visited regions
Next post
Kitale Museum
(Kenya)