Lake Natron and around

The road between Mto wa Mbu and Lake Natron is very beautiful. It is Maasai territory, a very colourful tribe living a very traditional life. A lot of Maasai are happy living in huts made of mud and straw without electricity or running water. Their wealth is estimated with the size of the herd of cows and goats they own.

The scenery is splendid even though it is not a park; there are animals such zebras, giraffes, gazelles and ostriches. The only bad point about this region is the commercialism along the road. Indeed, three times, we had to pay a toll on this road (1 per district). Moreover, Maasai living there are always following you trying to sell something or guide you even if you don't want anybody. There is no way to have a peaceful moment. 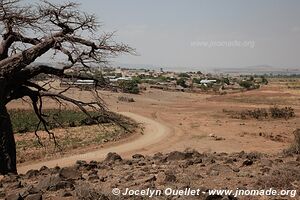 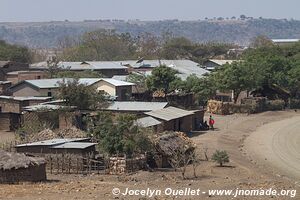 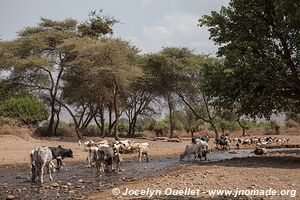 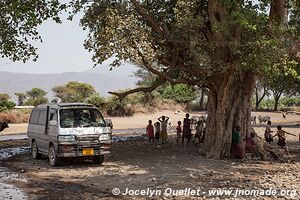 Lunch break, we are never alone. 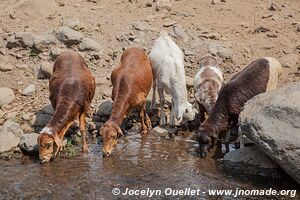 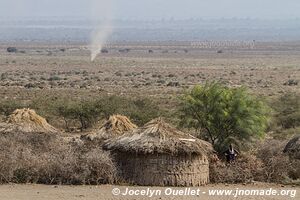 A Maasai woman is watching us. Far away, a mini tornado. 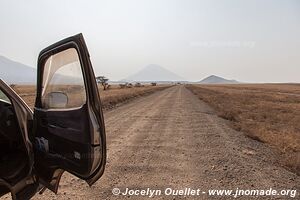 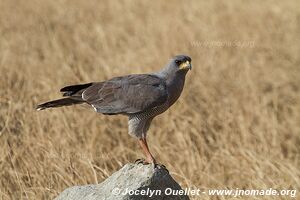 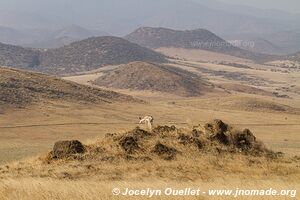 Splendid scenery near the lake. 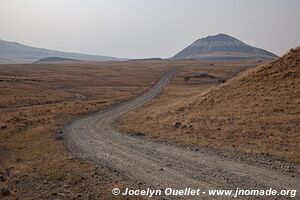 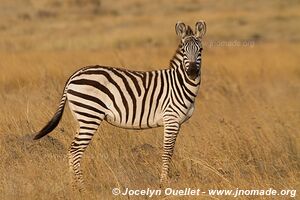 Wild animals live in the area. 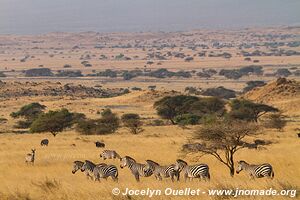 In the heart of Maasai territory. 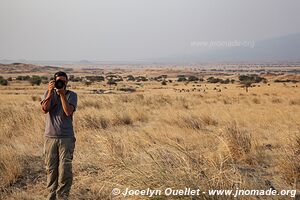 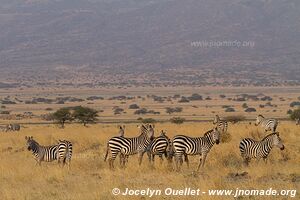 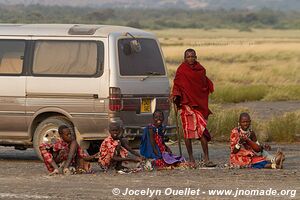 After about 15 minutes after we arrived, four saleswomen installed themselves near the van to wait for our return. A would-be guide has been on our heels quite some time even if we tried to make him understand that we didn't want him around.

We wanted to change into bathing suits before going to a waterfall, but the Maasai was standing two inches from our door watching us. 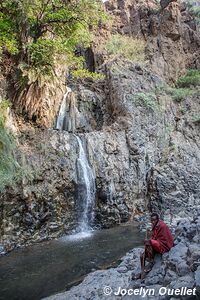 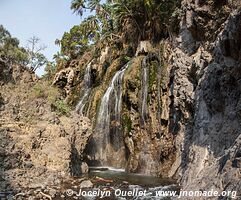 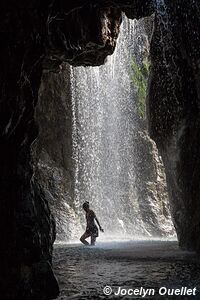 Near Lake Natron, there are some falls named Engaro Serai that are really worth seeing. 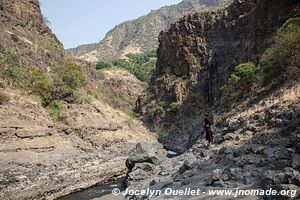 Path going to the falls. 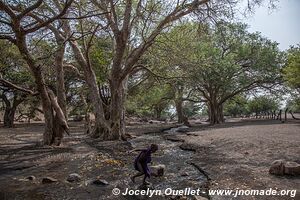 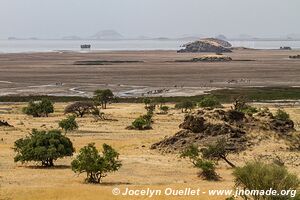 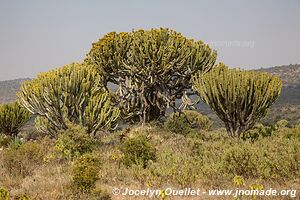 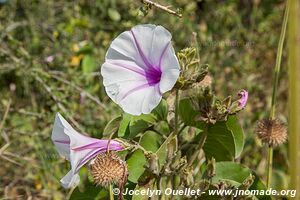 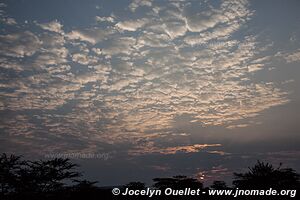 Back to visited regions
Next blog
Serengeti National Park
(Tanzania)