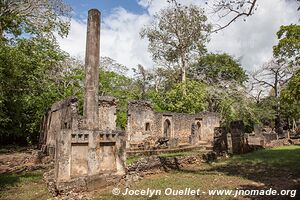 The Gede ruins are one of the most beautiful ruins of the Swahili culture of Kenya. Even though they are not as magnificent as Machu Picchu or else Tikal, they nevertheless give an idea about how the people were living in pre-colonial time.

The Swahili culture comes from a mix of two cultures. A few centuries ago, the coast of Tanzania was inhabited mainly by Arabs from Middle East involved in trading spices, ivory and, unfortunately, slaves. With time, the Arabs started to mix themselves with the local black community giving rise to what we call nowadays, the Swahili culture. Kiswahili is also the language of the coast and Tanzania. This language is a mix of Arabic and tribal languages with some words borrowed from German, Italian and also English.

The site at Gede probably represents a district that housed rich and powerful families. There are a few palaces and several mosques for prayers. 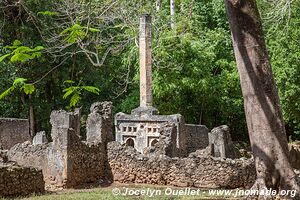 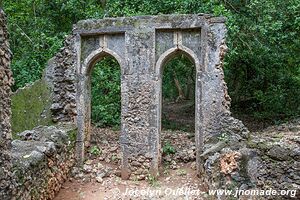 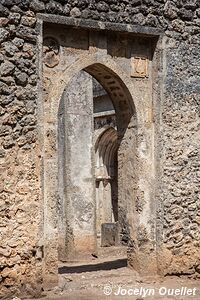 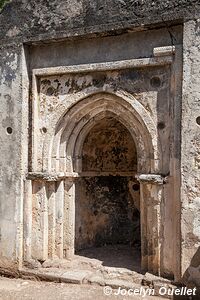 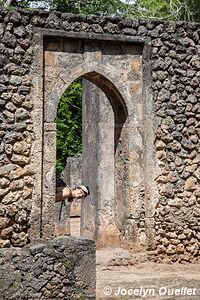 Where is Waldo, euh... Melanie? 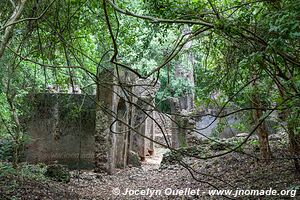 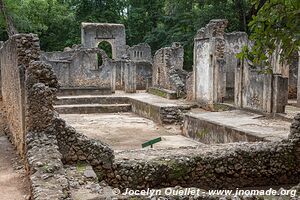 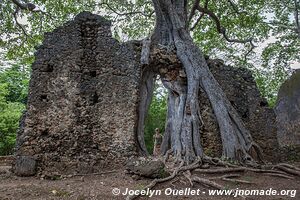 Back to visited regions
Next blog
Mida Creek
(Kenya)