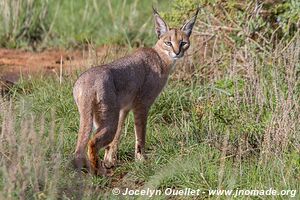 The Samburu Reserve is located in the middle of the country in a semi-desert zone. It has several new species that we had never seen up to now.

In the morning, we surprised this caracal which is the African version of our lynx. It a species that is hard to observe. 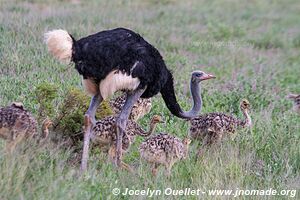 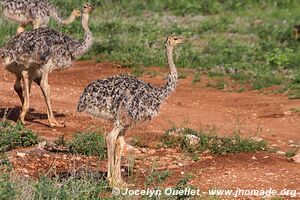 The Somali Ostrich is characterized by its blue neck and legs (for adults). 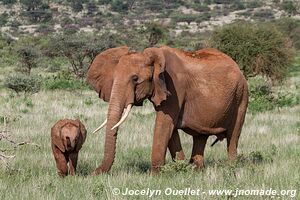 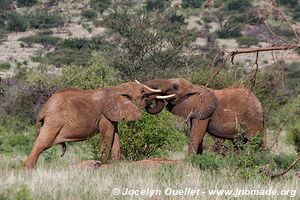 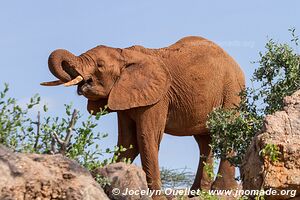 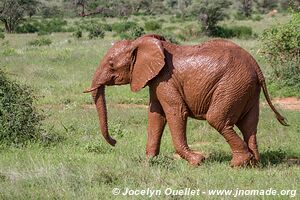 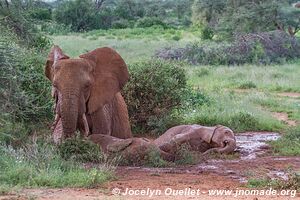 Mud bath in the afternoon. 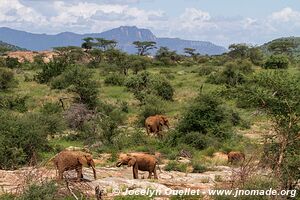 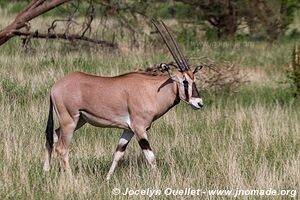 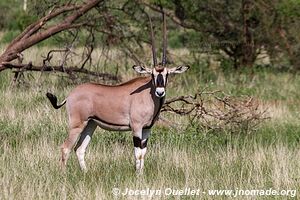 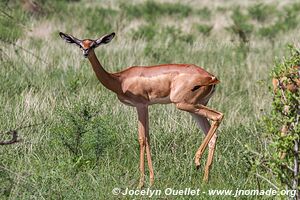 The Waller's gazelle, or gerenuk, is a curious antelope that tries hard to be a giraffe.

Why? Because it feeds on leaves from acacia just like the giraffe and also because it has a long neck allowing it to reach the leaves of the acacia trees. 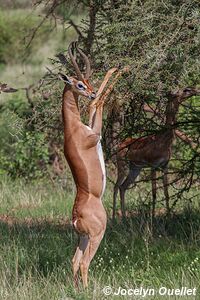 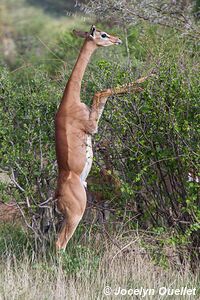 Female Gerenuk.
The gerenuk often stands on its hind legs to eat. Note that the female's neck is thinner than the male one. 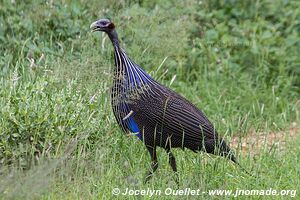 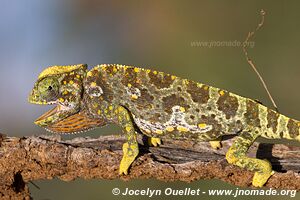 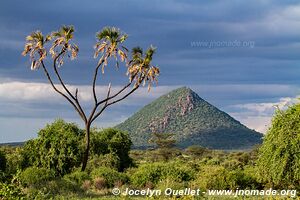 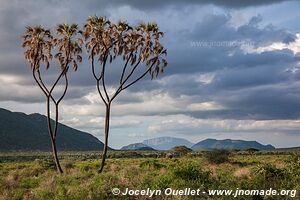 Landscapes in the reserve. 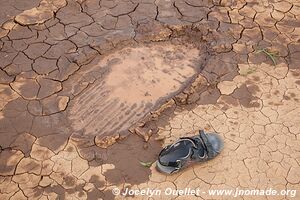 Imagine being in a Godzilla movie searching for this giant.

It is an elephant's footprint in the mud. It has slipped and consequently, the footprint seems wider than normal. 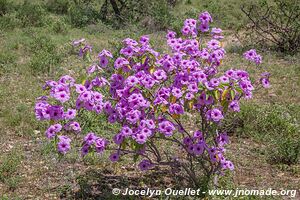 Back to visited regions
Next post
On the road #1
(Kenya)