The 'Ol Pejeta' site is an old ranch converted in a conservation area. It is a private site that protects several rare species of African animals. It contains a small sanctuary for chimpanzees that were formerly kept as domestic animals.

Private sites are often better managed than those under the Kenyan authority and it is for this reason that there are rare species. It is possible to see white rhinoceros, black rhinoceros, the unique northern white rhinoceros (very rare since only seven are left in the world; four are at Ol Pejeta), and Grévy's zebras... 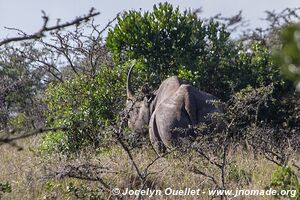 It is the first black rhinoceros we saw since the beginning of our trip. The rhino was far away, but we clearly saw the huge horn on the animal's head. 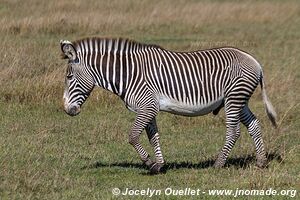 The Grévy's zebra is a rare species. We were very lucky to see one trotting near the road.

Notice the stripes on the zebra; they are narrower and thinner than those on the plain zebra (common). Notice as well the stripes pattern above the rear legs.

You can compare with the 'ordinary' zebra on the lower-right picture. 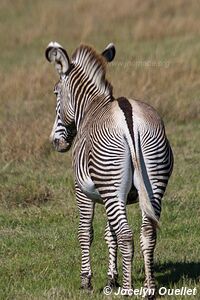 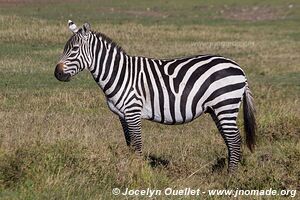 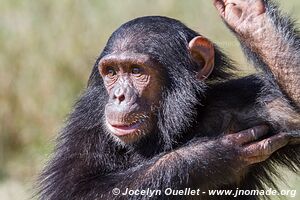 Kenya has never sheltered chimpanzees lacking a proper ecosystem suitable for this primate. This sanctuary, once located in Burundi, has moved because of the war in that country (several years ago).

The apes living here all have a tragic story. They were in captivity and kept as domestic animals by Africans or even Europeans. One of these apes spent more than 7 years in a cage where he could not stand up (he could not even walk).

These apes were captured while still babies, but when the reach adulthood, they become too dangerous and are abandoned. Since they have never lived in the wild, they can't return to nature; they wouldn't know how to feed themselves properly. Thus, the sanctuary provides them a safe place to spend the rest of their life and even have babies. 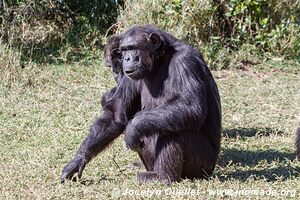 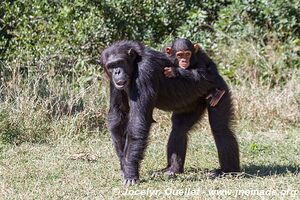 A few babies were born in the sanctuary. 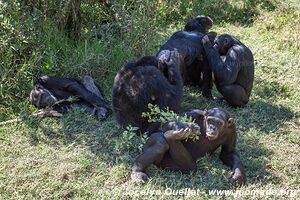 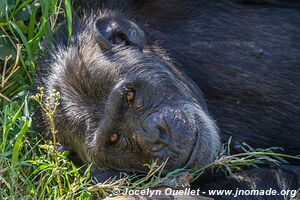 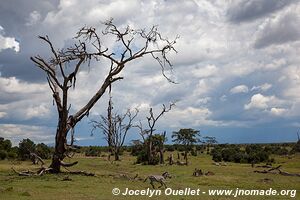 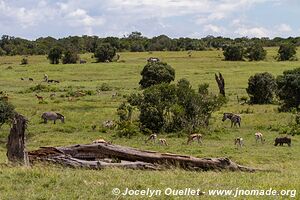 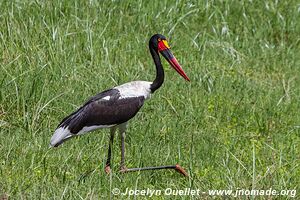 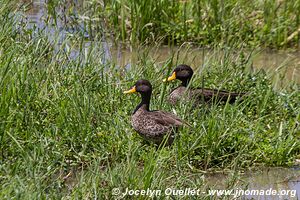 Landscape at the ranch. 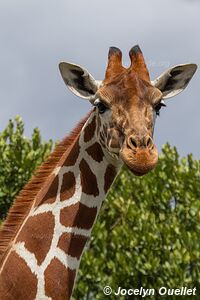 Another species we haven't seen up to now: the reticulated giraffe. This giraffe has a colour pattern quite different from the Masai giraffe.

Compare with a Masai giraffe on the lower-right photo. 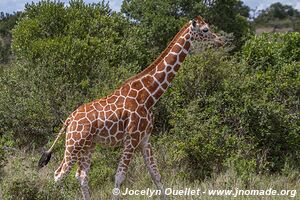 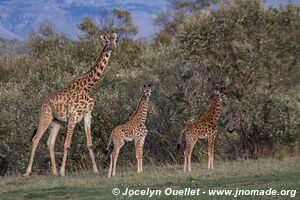 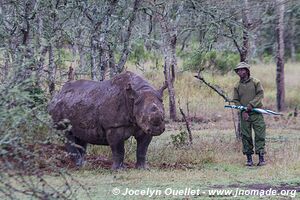 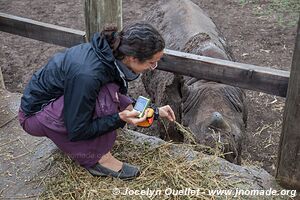 The site shelters an old blind black rhinoceros, named Baraka. Note the size of the rhino compared to the ranger. Melanie is feeding the rhino; it has difficulty feeding itself by its own means. 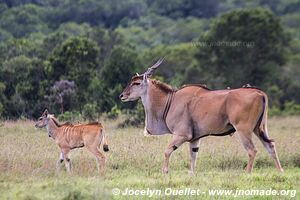 Back to visited regions
Next blog
Samburu Reserve
(Kenya)