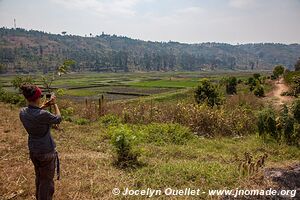 What did I know about Rwanda? Nothing, except for the genocide of 1994. In fact, I knew vaguely the story of the genocide (two ethnic groups fought each other: Hutus and Tutsis) and that Rwandan people spoke French (an old Belgian colony).

Getting in Rwanda was fairly simple. We registered ourselves online to obtain a visa and a few days later, we got a confirmation stating that our visas would be granted. Armed with this confirmation, we passed the border without any problems.

At the border, a custom officer quickly inspects inside the car and tells us that the plastic bag we use for trash is forbidden. No plastic bag in Rwanda. He also tells us that driving is on the right side; like in Quebec. It is important since the rest of East Africa drives on the left. 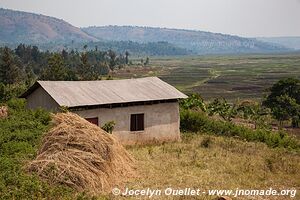 The rules against plastic seem to be observed by the citizens. In fact, we notice right away that the country is clean. Imagine that there are no plastic bags on the roads, villages or fields.

Thereafter, we notice that people seem more timid than in Tanzania (even though it will turn out to be false). They are shyer to greet us, but as soon as we give them a smile and a greeting in Kinyarwanda (their native language), they lighten up with a beautiful smile and greet us back.

The country is nicknamed 'the country of a thousand hills' and we notice that the scenery is all in curves and hills and fields are spread from the bottom of valleys to the top of hills. The landscape is very nice and quite green even though we are in the dry season. 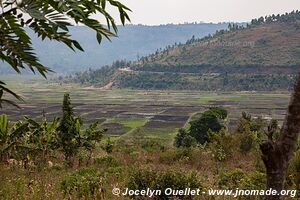 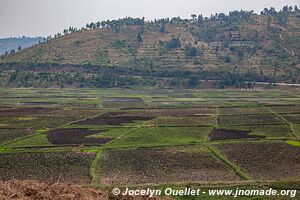 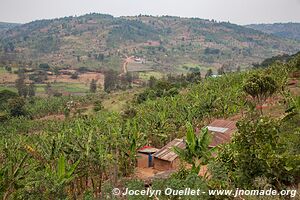 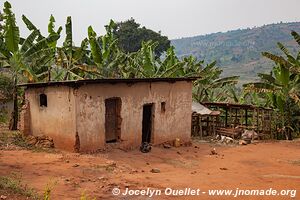 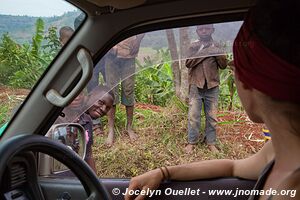 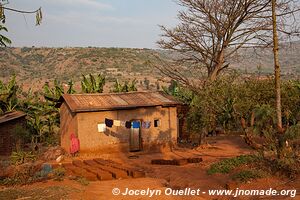 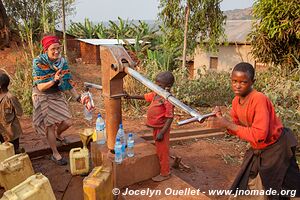 For a great experience, nothing beats stopping at a village well to fill up our bottles. We attracted a few dozen kids and some adults.

We succeeded in filling our bottles despite the crowd. 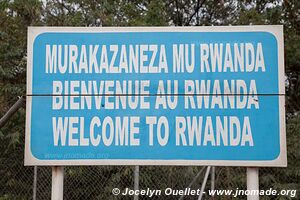 In Rwanda, there are three official languages. Kinyarwanda is the native language of the Tutsis, Hutus and Twas (the Twa people are a small minority). French is the language brought by the Belgian colonists. Finally, English is the international language and also the one used by the East African community in which Rwanda in now a part of since around 2008.

Starting in 2008, young people are not learning French anymore; English is now the second language of choice. This change is to help the country better integrate with the rest of East Africa. Rural people often only understand Kinyarwanda and a few words of Kiswahili (the official language of Tanzania).

Previous blog
On the road #4
(Tanzania)

Back to visited regions
Next blog
Akagera National Park
(Rwanda)