On the shore of Lake Muhazi 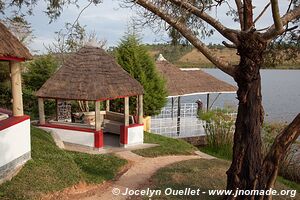 Rwanda is endowed with numerous rivers and lakes. Here is a small visit to Lake Muhazi located north-east of Kigali.

Our first camping around the lake was at this place. It was, in fact, a small pub on the shore of the lake where we could sleep and enjoy the view. 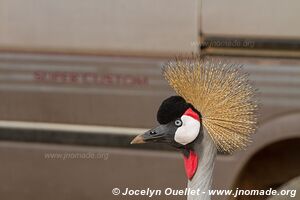 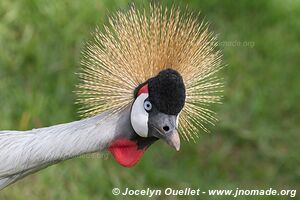 A Black Crowned Crane is keeping us company on the site. 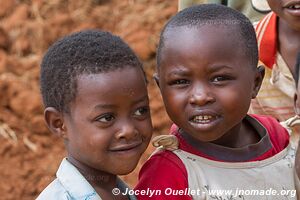 On the shore of the lake, we met several children that seemed very happy to have an encounter with some white people. They were shouting amazungu (white people) at the top of their voices and sometimes were starting to shout or laugh when we were saying hello to them. 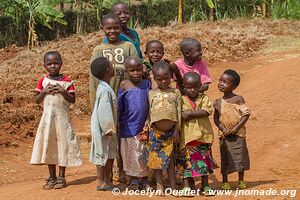 A group of curious kids. 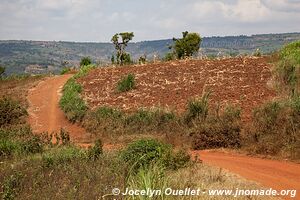 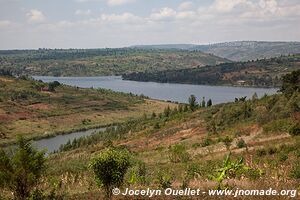 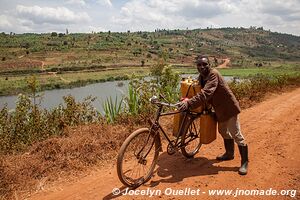 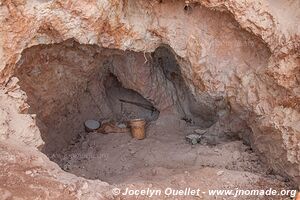 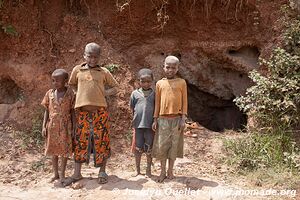 These young people were working in that hole on the side of the road.
What were they looking for? 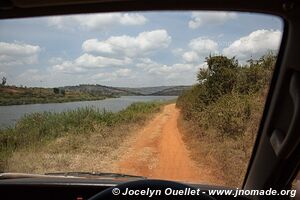 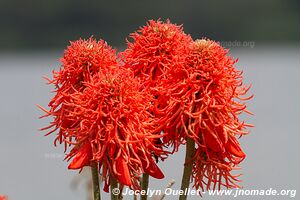 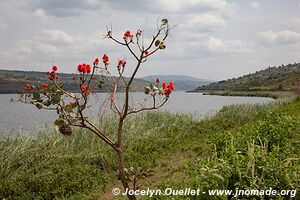 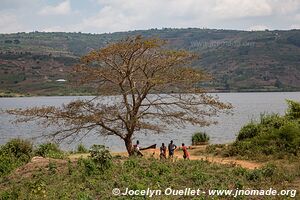 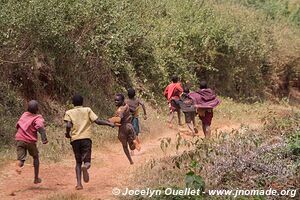 Sometimes, children play by running behind the car. They want to climb on the rear bumper or only see some amazungus.

They are interested in what we are doing. They seem to be fascinated by everything we are doing... even if sometimes we are doing absolutely nothing (we are relaxing).

Sometimes, we are quite tired of getting loads of fans constantly watching us. Then, I take the camera out and that makes them flee since they don't want to be on the picture. I also pretended to run after them. 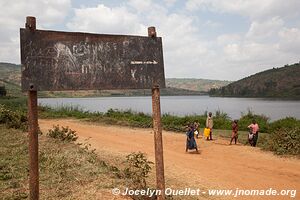 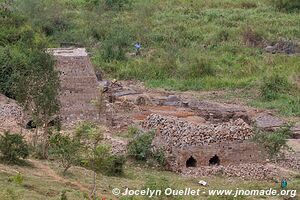 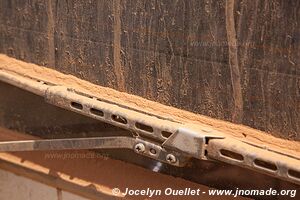 An aspect not so nice about travelling on dirt road is the ever present dust. On this picture, one can see dust cumulated on the rear wipers. We could almost make a sandbox (dust box) after a few days...

Back to visited regions
Next blog
Kigali - Rwanda capital
(Rwanda)