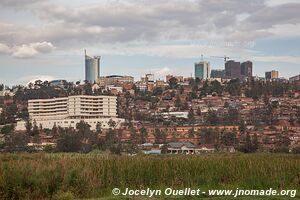 This small city located in the country's centre is probably known only because of the 1994 genocide and the numerous movies made following this sad event. The city is spreading between many hills at altitudes ranging from 1300 to 1600 metres.

Kigali (often pronounced tcheegali by the locals) was founded in 1907 and became important only after it was captured by the Belgians in 1916 at the expense of the Germans. The Belgians administered this colony from Kigali.

In 1962, at the time of Rwandan independence, the capital numbered only 6000 souls. Since that time, the population has grown tremendously and was at about 240 000 in 1991 and now approaches a million people.

The city is nice, but one quickly notices the mix of rich and poor citizens sometimes just a few paces from each other. What look like a pretty area from away is only a collection of shacks closer to shanties than proper houses. It is poor, but at the same time it is still not as the worst as the slums that we sometimes see around big cities such as Brazil. Nevertheless, it is an interesting city to visit, very clean and safe. 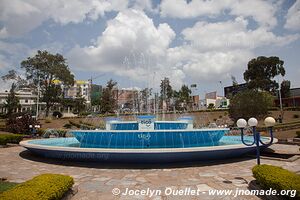 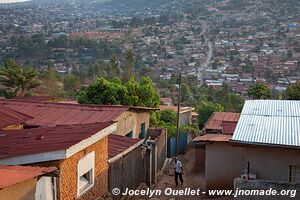 Near the downtown area. 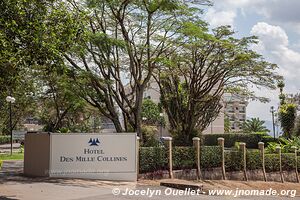 For those that have watched movies or read books on the genocide, several sites that have been at the centre of this slaughter are still running to this day.

Here, one can see the 'Hotel des Mille Collines'. 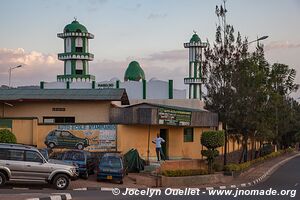 There are few mosques in Rwanda. 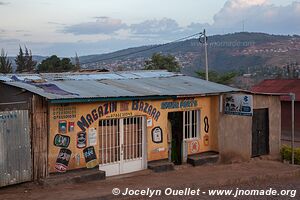 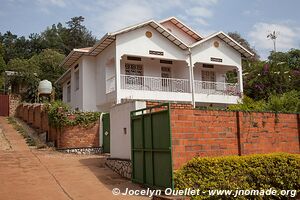 Everywhere in the city, wealth runs alongside poverty. Luxury houses are often only a few metres from run-down shacks. 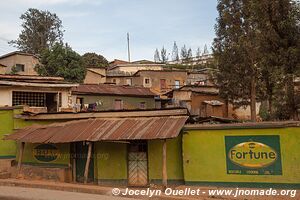 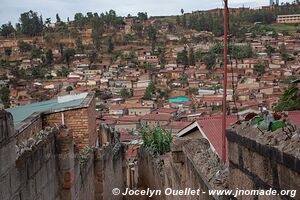 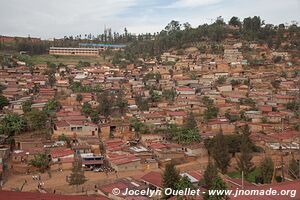 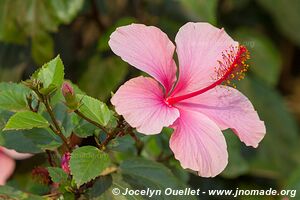 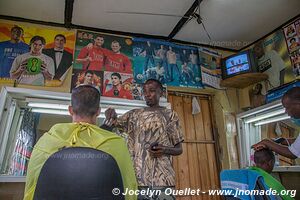 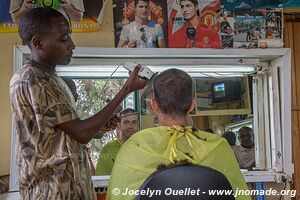 Small break to get a hair cut. Cost: around 90 cents.
Previous blog
On the shore of Lake Muhazi
(Rwanda)

Back to visited regions
Next blog
The genocide of 1994
(Rwanda)