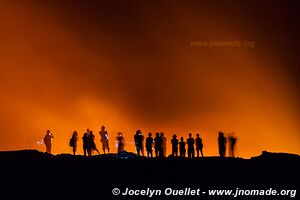 Travellers on the volcano's rim.

The Erta Ale volcano is the most active volcano of Ethiopia. This volcano has a lava lake (sometimes two) that is active since at least 1906. Volcanoes with a lava lake are rare. There is possibly only four such volcanoes in the world.

Regardless of the statistics, it is one of the most impressive sights that I have ever seen (yes, it was the first time I was seeing lava). The show was extraordinary.

I told you that you had yet to see the best on the Danakil. I keep my promises and I think you will agree. 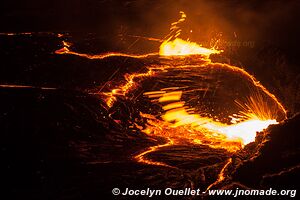 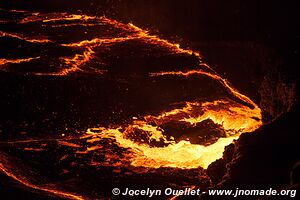 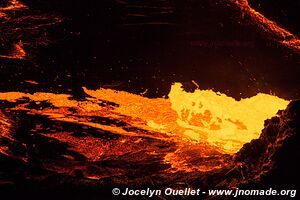 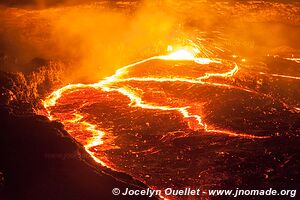 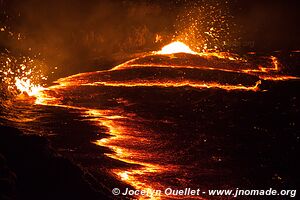 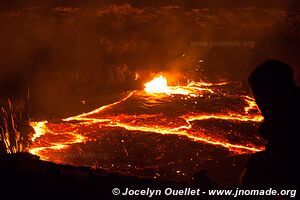 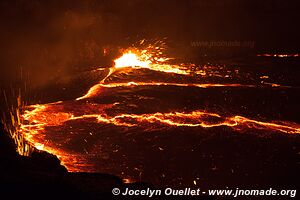 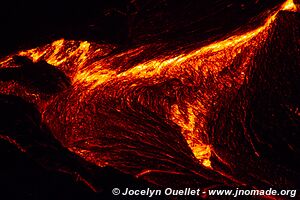 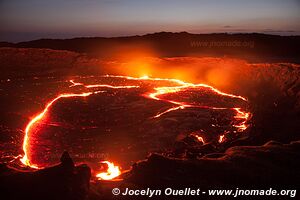 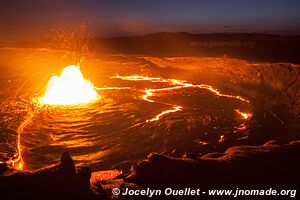 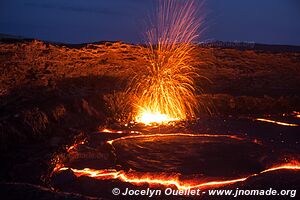 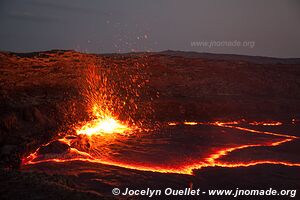 At dawn, the volcano becomes more active and some nice explosions can be seen. 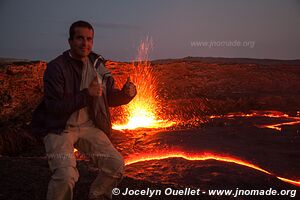