From Debark to Axum 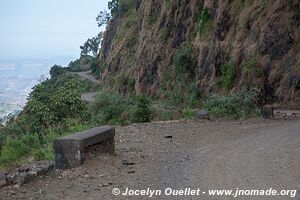 The road follows the cliff. 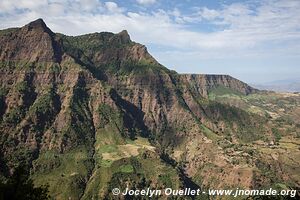 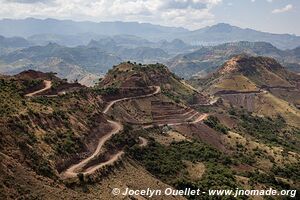 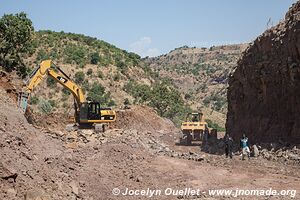 In a few years, the road will be paved. 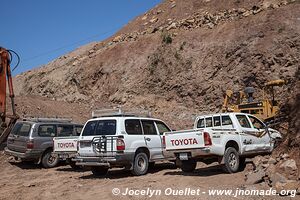 Ethiopians are in general very nice, but when they are behind the wheel, they are sometimes a bit stupid.

The road is blocked by a bulldozer that must open the way so that we may pass. These four drivers, instead of lining up, have decided that they should be the first to go on.

The result: when the bulldozer opened the way, the cars were not able to go forward because they were blocking one another.

Unfortunately, it is a very frequent behaviour. 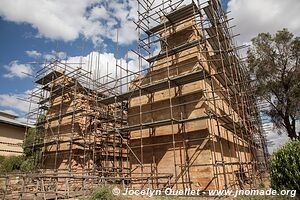 Yeha Temple is considered the oldest structure of Ethiopia. The temple, partly restored, dates from the 5th century before Christ.

The temple measuring 18 m by 15 m is made of rock building blocks perfectly fitted together without any mortar. Archeological researches have lead to the discovery of real treasures in the structure that was probably converted to a church in the 6th century. 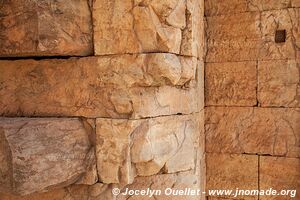 Perfect fitting of the rock blocks. 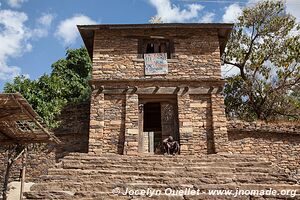 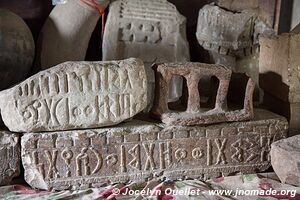 Carving in Geez and Amharic. 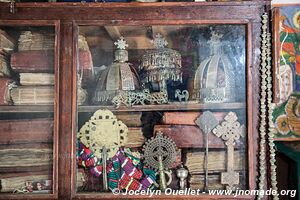 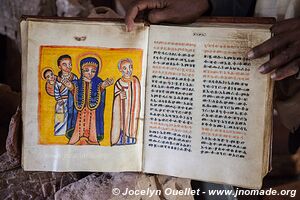 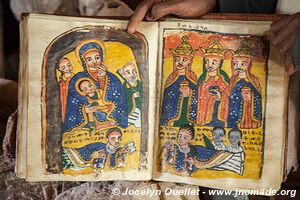 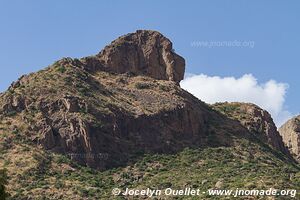 The road going to the temple.

From Axum to Adigrat 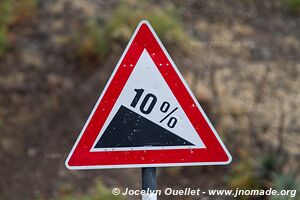 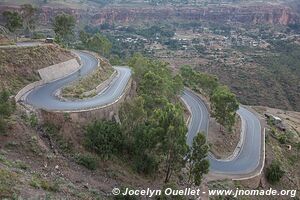 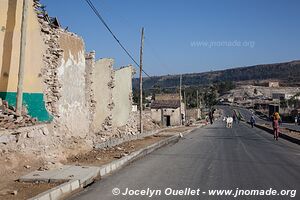 Ethiopia is rapidly developing and many roads are now paved. However, the roads have been widened to the modern standards and sometimes the results are surprising.

In this village, houses have simply been cut in half to leave space for the road. 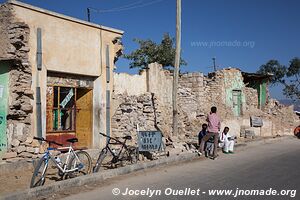 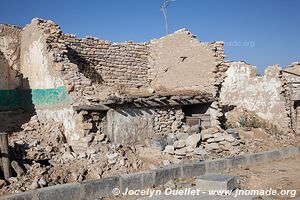 The houses have been cut in two.
Previous post
Simien Mountains
(Ethiopia)
Back to visited regions
Next post
Axum
(Ethiopia)
Copyright © 2010-2023 Jocelyn Ouellet. All rights reserved.