Here, I show some interesting sites that we have visited crossing the northern part of the country. 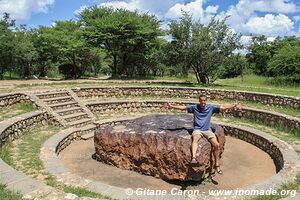 In 1920, this meteorite has been found on a farm land by its owner. It is the biggest metallic meteorite in the world. 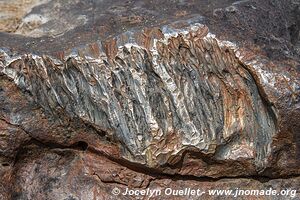 Since 1955, it has been declared a National Monument of Namibia.

Lake Otjikoto was probably created by the collapse of a subterranean cave. The site is also a National Monument and has a valuable historical importance.

Namibia has already been under German control and during the First World War, German troops were stationed near the lake. In 1915, they were defeated and while fleeing, they dumped in the lake several weapons. Many of these objects are now housed in the Tsumeb Museum (see below). 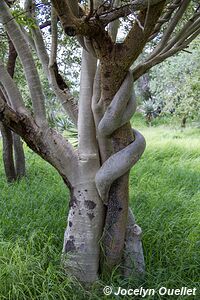 The tree winding around of the other tree is called Python Tree. Like a snake, it slowly chokes its victim before taking its place. 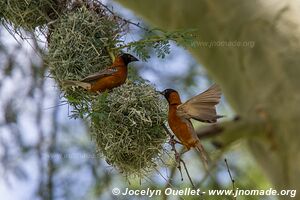 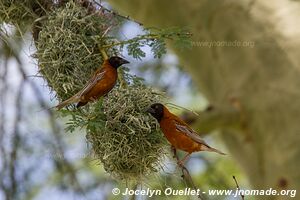 Weavers working hard. It is a species that I had never seen before.

Tsumeb and its museum 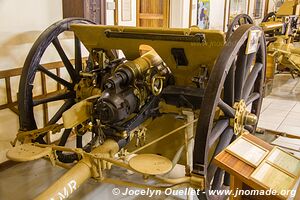 Tsumeb is an old mining town that has a small and nice museum. It contains old weapons dating from the First World War that were retrieved from Lake Otjikoto.

Being the site of an old mine, it has a large quantity of minerals with very diverse shapes and colours. 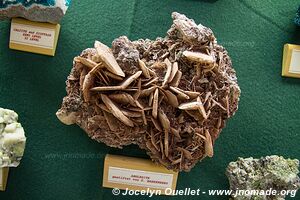 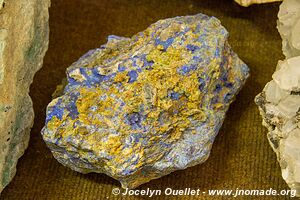 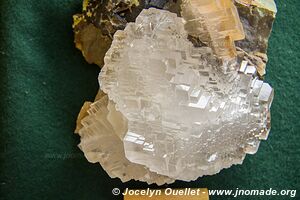 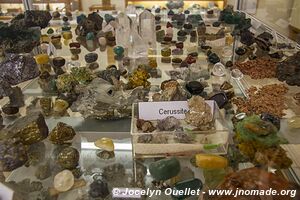 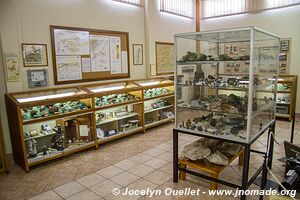 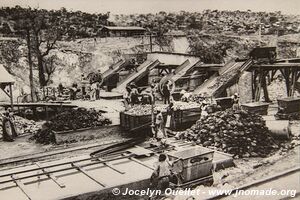 Vingerklipp (Rock finger) is a rock outcrop jutting out of the plain. If you think it is not so big, notice the size of Gitane on the second pictures. 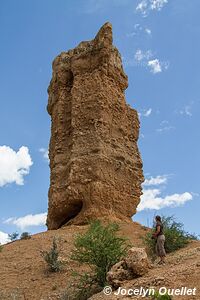 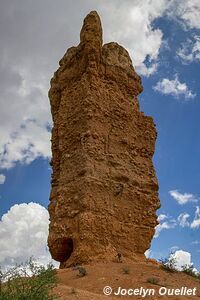 Gitane in front of Vingerklipp. 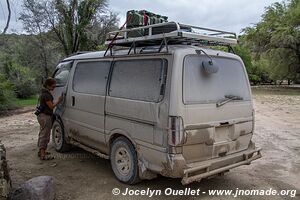 We went to Ruacana hoping to see the Ruacana Fall. We knew beforehand that for some years, there was a dam upstream from the fall and often there was not a lot of water. Our travel book was mentioning that sometimes in the rainy season, the fall could flow as big as before. We are in the rainy season, thus we told ourselves that they would be some water in the fall since the dam would probably let extra water flows down... We will see!

To get there, the road was very wet and muddy. The van was covered with mud and was almost all white. 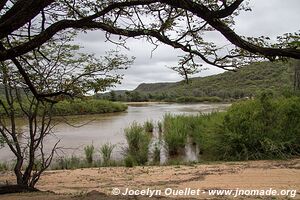 At least, the campsite was nice. 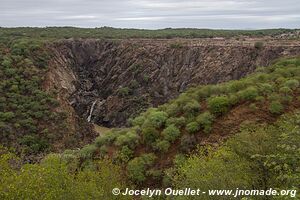 The fall was quite a bit more boring... 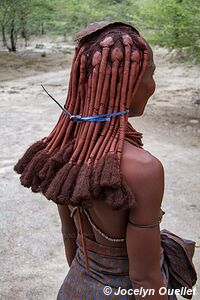 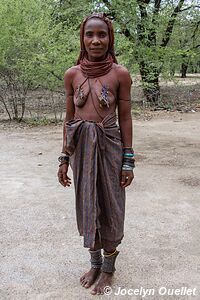 Himba woman; a very traditional tribe living in the northwestern part of Namibia.