We are now in South Africa after more than 7 months on the road. Many people say that the country is not Africa anymore, but the Western World. I partly agree with that, but I rather think that South Africa is a good blend of Africa and the West.

Some aspects make us think of Africa such as the poverty, the chaos in some places, the way people drive and also people asking for money in the street. In another way, it is like home. There are many good restaurants, good cheeses, excellent wines, and supermarkets where one can find absolutely everything. I think it is a nice balance between both worlds.

Up until now, our trip in South Africa has been less an adventure and more a tourist visit. We treated ourselves with some good restaurants, wine tastings and we walked along the pretty beaches south of the country. 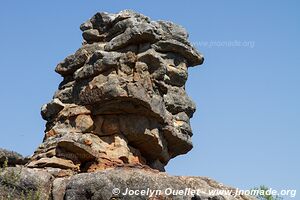 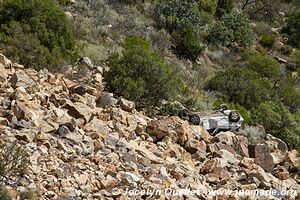 When we drove on this route, an accident had occurred during the night. There were three people in this car that fell more than a 100 metres down the cliff.

We were surprised to learn that the three people only had minor injuries and they were transported to the hospital without any fears whatsoever for their life. They were all wearing a seat belt (true story told by the people that were still on the site).

Have you ever tasted a Ceres juice? These excellent juices are made in this beautiful valley. 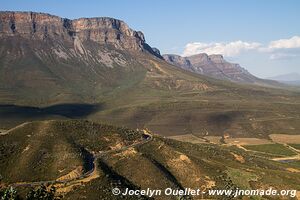 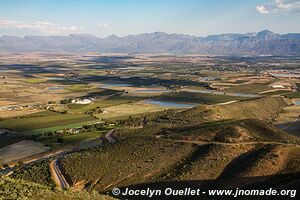 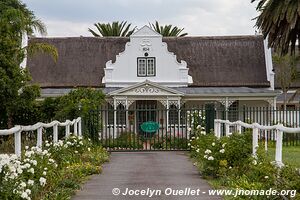 Route 62 is a road where many wineries allow people to taste their wines and also have a good meal. We took a few days to test many wines and cheeses... Curiously, I now like white wine. 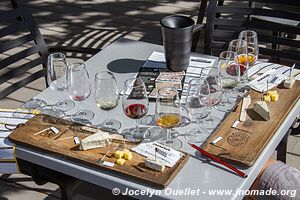 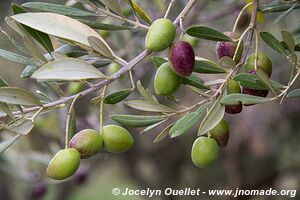 We also tried some olives. 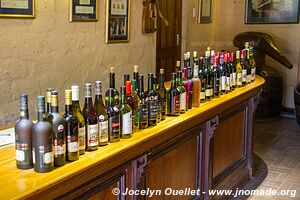 Wines selection in just one winery. 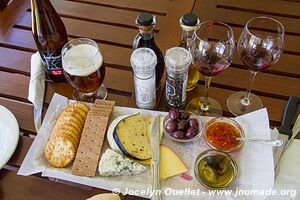 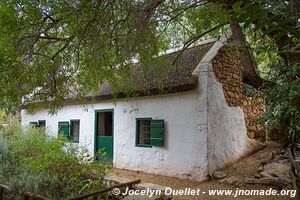 In Worcester, this small museum shows how farmers were living a century ago. 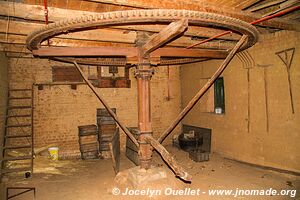 A donkey or horse was turning the wheel. 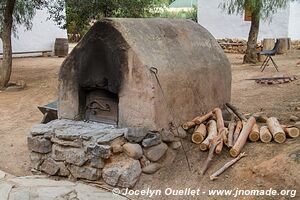 Oven for the bread. 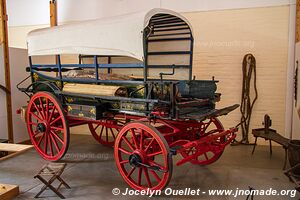 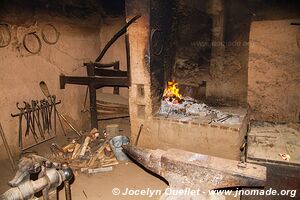 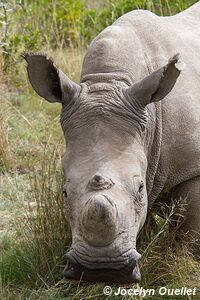 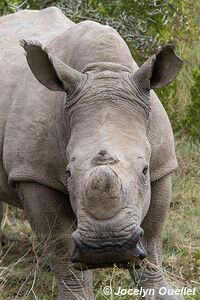 We visited some friends who live in a private game reserve. They can drive around and see rhinos and even lions. A nice place.