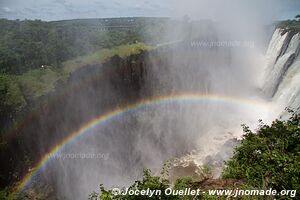 Victoria Falls are very impressive even though they are quite difficult to photograph. Depending on the season, the volume of water can be 10 times bigger and there is a lot of water spray because of the wind.

We went there in February, thus the water level is quite high, but it is still not at its highest. The noise and the quantity of water were impressive.

When the Zambezi River reaches the gorge, it pours more than 1 million litres of water per second on a 1.7 km long cliff with a depth of 108 metres. 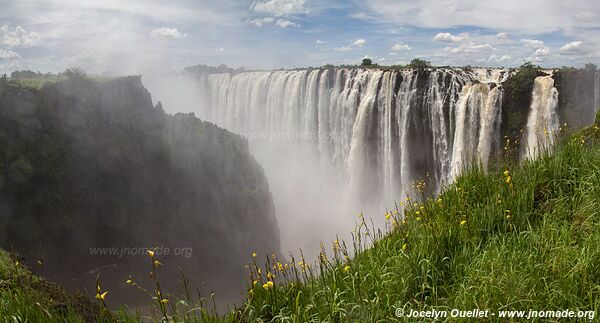 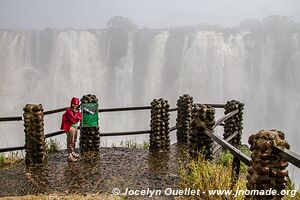 The whiteout is due to water spray that is falling like rain. 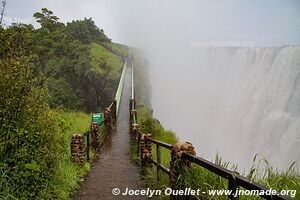 The bridge going to 'Knife's Edge' under a strong rain caused by the falls. 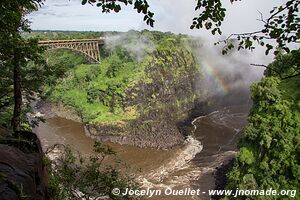 The Zambezi River is also the border between Zambia and Zimbabwe. It is possible to see the falls from each of these countries. We stayed on the Zambian size since we would have needed a visa to go on the other side.

On the photo, one can see the bridge above the Zambezi River that links the two countries. It is possible to do bungee jumps from the bridge. 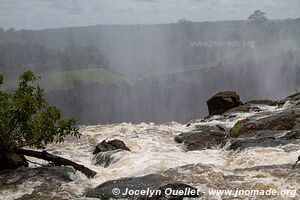 View from above before a drop of 108 metres. 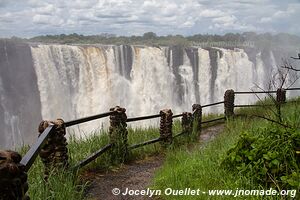 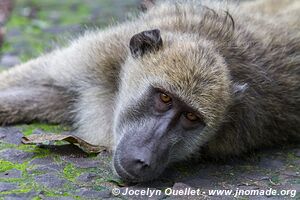 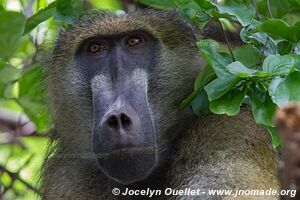 A lot of baboons live near the falls. The water spray makes for luxuriant vegetation.

The bridge between Zambia and Zimbabwe.

Top of the waterfall. 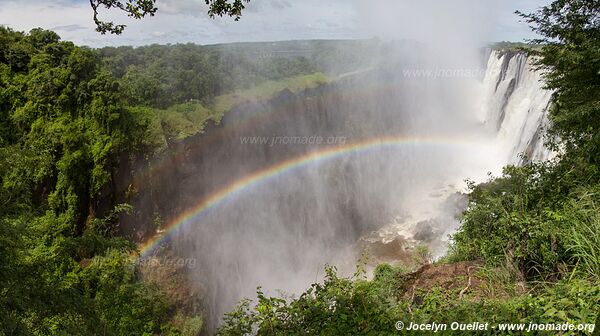