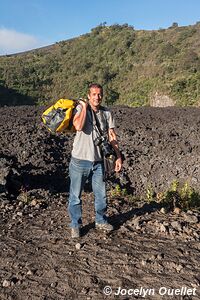 Guatemala is a nice place to explore volcanoes, some of which are active. However, since I travel with a motorbike, I don't have any backpack and my equipment is not the most lightweight around.

I climbed the Pacaya Volcano with the motorbike equipment I had; an expedition duffle bag on my back and the camera over my shoulder. Fortunately, the climb was only 90 minutes because it was quite tiring for the arms to carry the bag as shown on the photo... 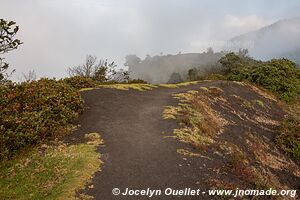 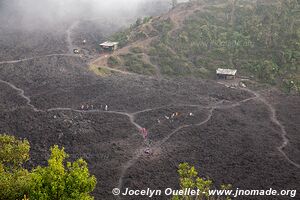 Lava field at the foot of the volcano.

This lava field is relatively new on the volcano, and it's possible to feel the heat from under the rocks. Steam rises from between the rocks. 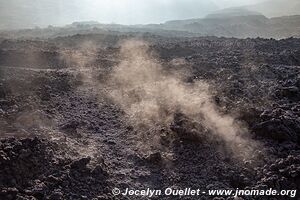 Steam due to the heat. 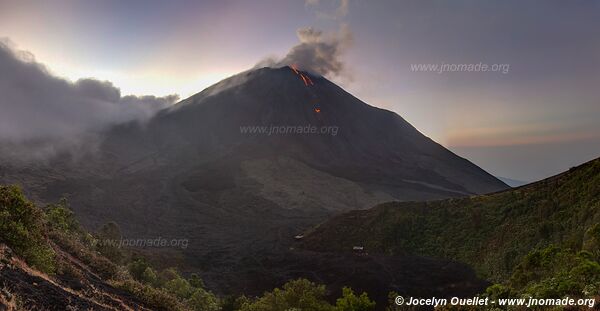 The next day, before sunrise. 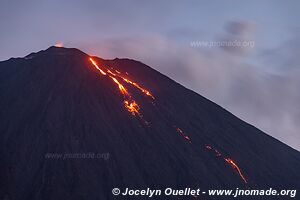 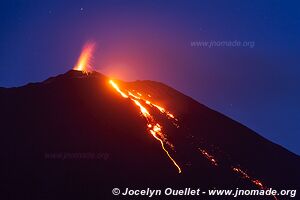 At night, the lava is easily seen. Explosions can be heard as well as the crumbling of the lava along the volcano's wall. It's a fantastic experience.

Not bad for a campsite!

At dawn, view on Fuego, Acatenango and Agua Volcanoes (left to right). 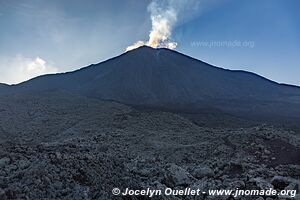 Before going down the volcano, I explored the lava field. One can feel the heat coming from between the rocks. Digging down through the stones, one can notice that the rocks are still hot. 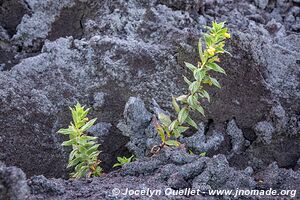 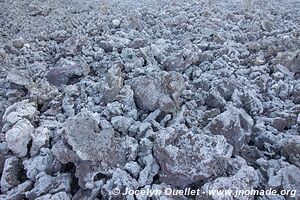 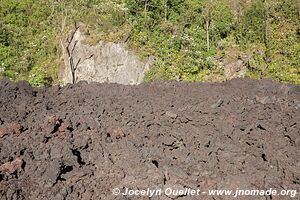 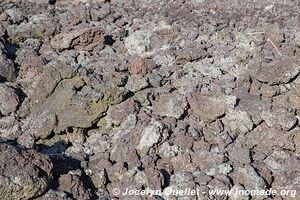