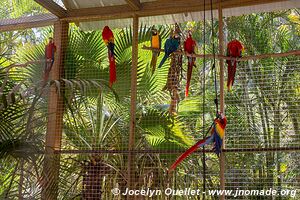 At first glance, this animal centre is a bit depressing with its cages in such a beautiful environment. Don't be fooled by appearances. The place is a rescue centre for these birds that once lived in appalling conditions with their former owner who were not very concerned with their wellbeing. These birds have never lived in the wild, and they don't know how to feed themselves or even how to protect themselves from simple predators like dogs and cats. Although the centre has the name 'macaw,' it also helps several other bird species.

The centre educate these macaws so that they learn how to feed in the wild, and to protect themselves from the danger of the outside world. This whole process ends with the release of these macaws in the wild. Most of them are released at the Copán archeological site. As a proof that the program is very successful, it's now possible to see dozens of free macaws in Copán. Some 10-15 years ago, none could be seen... I know since I visited the site in 2005 and I don't remember having seen these magnificent birds.

While waiting to be reeducated, some of these macaws are so accustomed to be with people that they don't have any fear of getting close to us, and seems to be genuinely happy to do so. 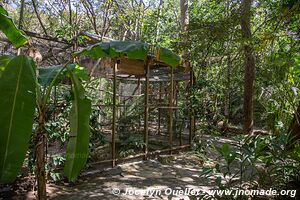 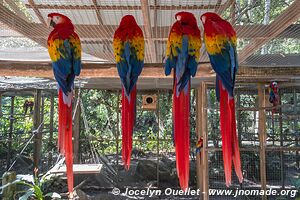 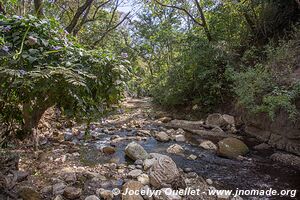 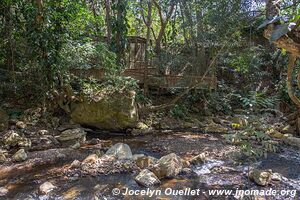 The centre is located along a river in a luxuriant forest. 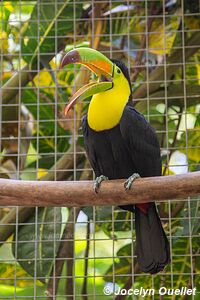 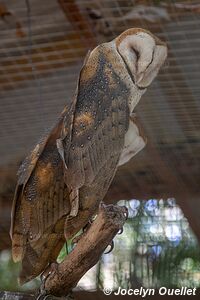 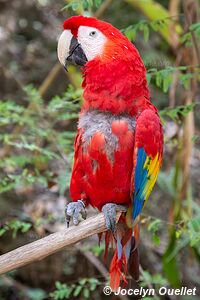 Stressed, this macaw mutilates oneself (grey area where feathers are missing). 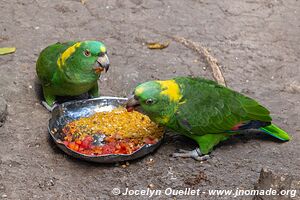 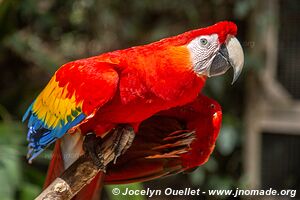 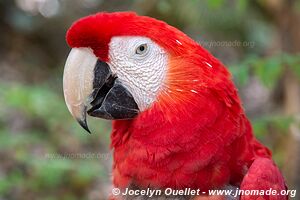 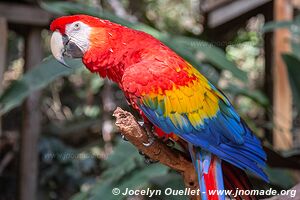 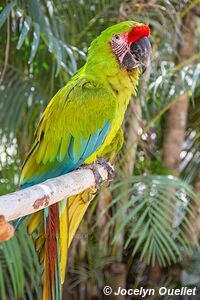 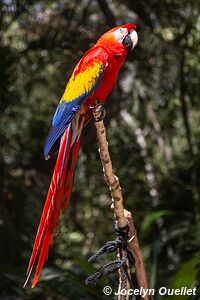 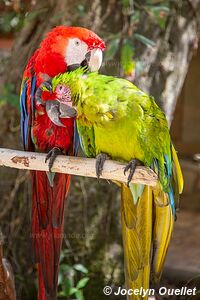 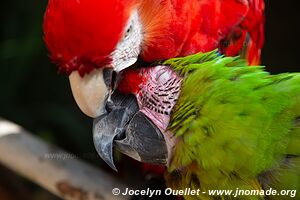 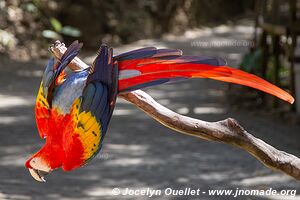 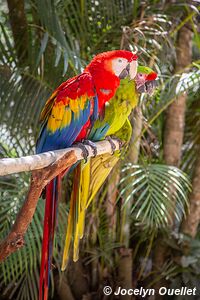 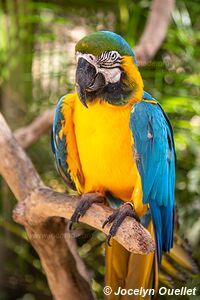 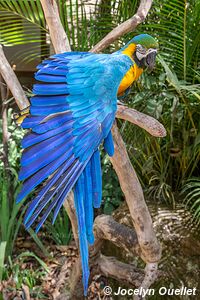 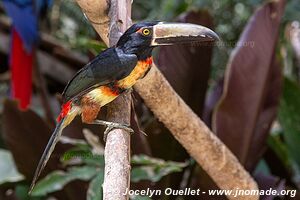 Wild species taking advantage of the fruits given to the resident birds. 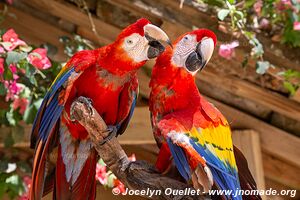 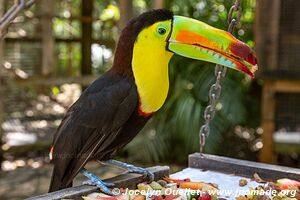 This toucan, once a boarder at the centre, now lives in the forest. It comes back to enjoy this feast of fruits. 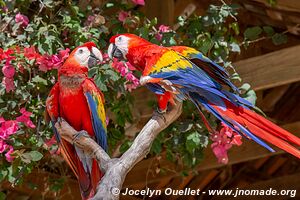 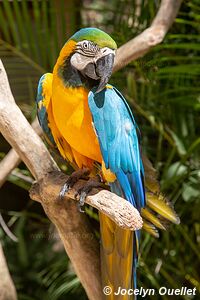 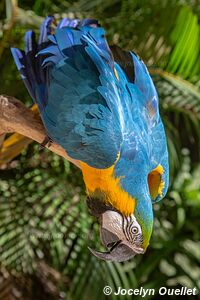 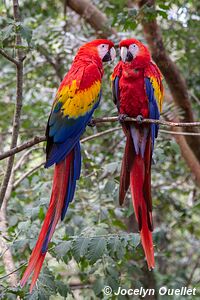 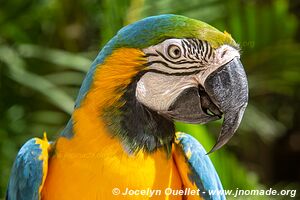 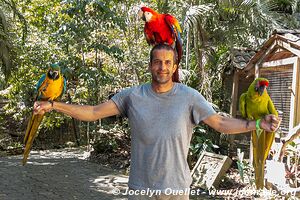