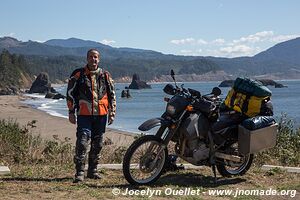 The official endpoint of the TAT.

We reached the Pacific Coast in Oregon, but we didn't complete the last kilometres on the Trans-America Trail. Because of a tight schedule and also since Thierry's luggage rack broke, we finished on normal roads.

After Thierry and Alvaro were gone, I spent nearly two weeks on the coast relaxing and waiting for various packages. Then, I decided to complete the last segment of the TAT the three of us didn't do.

Here are a few days on the TAT in solo. I started from the final point and I go back east. 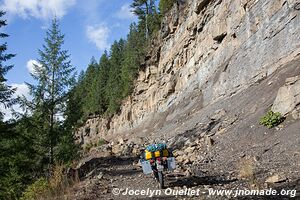 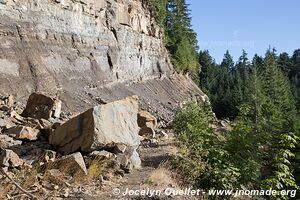 I succeeded in doing most of the final segment of the TAT in solo. However, there were a few minor problems. On these photos, a rockslide obstructs the trail. It seems there is enough space, but the motorbike and the panniers are too wide to pass along the path... There is a steep slope on one side of the trail. 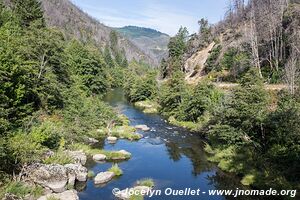 The Trans-America Trail in Oregon is mainly in national forests. Scenery is great, but in October, cold temperature is already present in the mountains. 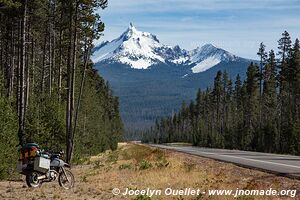 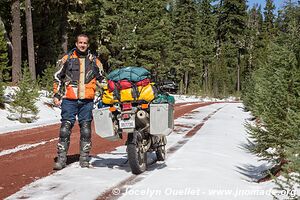 Beginning of October, the cold and snow can complicate driving the TAT. 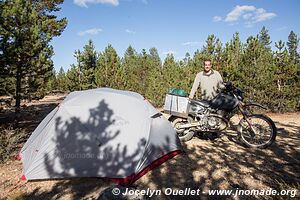 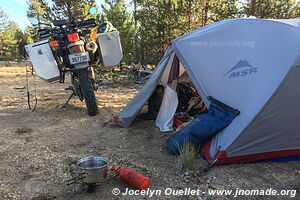 Bush camping in the forest. 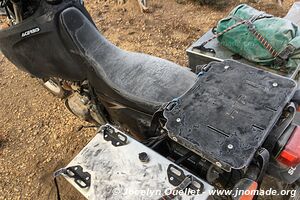 Several nights were cold, with temperature near zero. 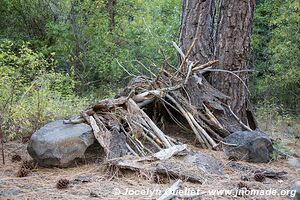 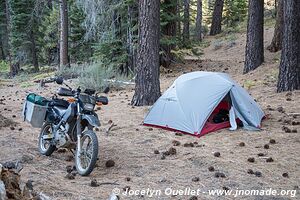 Here is Thierry's video of our trans-American journey.

Back to visited regions
Next blog
Reno, Nevada
(United States)