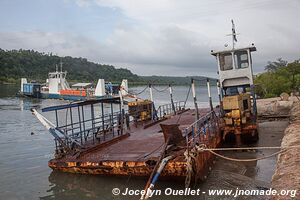 Pangani is a small town that had some importance when the Arabs were involved in trading along the coast of Tanzania (Zanzibar among others).

Caravans were transiting via Pangani and ivory, salt and slaves trading was handled in its port. Pangani has lost its influence at the end of the years 1800 in favour of cities such as Tanga and Dar Es Salaam. 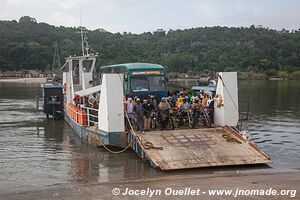 Coming from Saadani National Park, a ferry was necessary to cross the Pangani River. The ferry I took is the one in blue in the background... I wish I could cross on an old ferry like the one in the picture above.

Pangani is a mix of old buildings from the German colonization and of houses (or shacks) more or less modern. 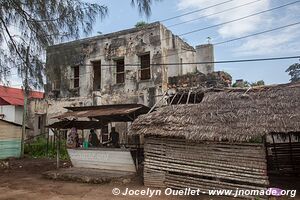 In the background, a German boma. 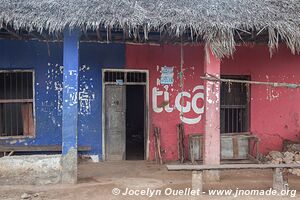 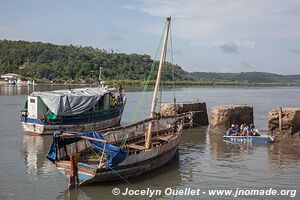 The fishing boat, on the left, is headed for Zanzibar. 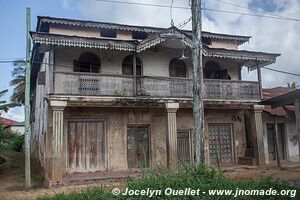 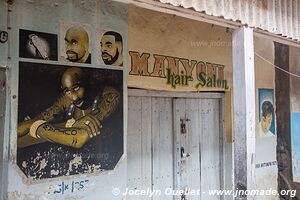 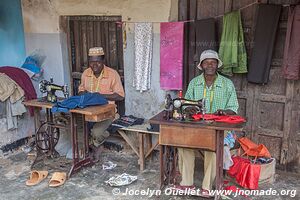 Two friendly tailors... please note that the sewing machines are activated with their feet. 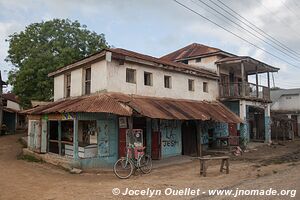 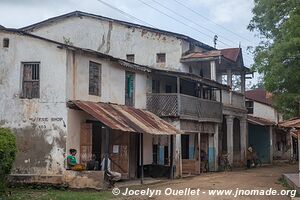 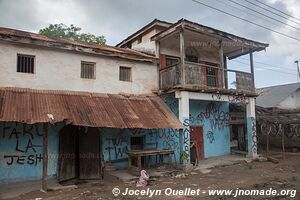 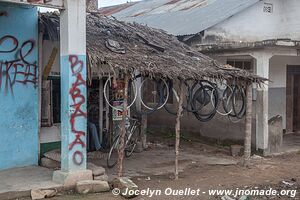 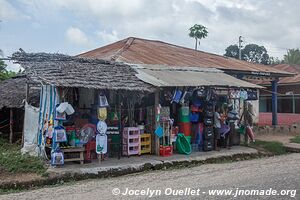 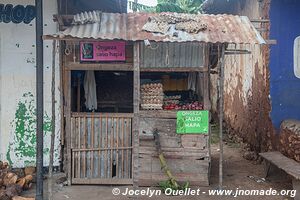 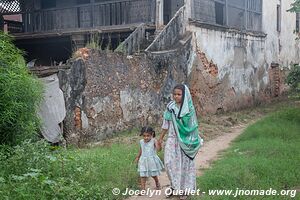