Located in the north of Tanzania, this park is among the famous parks of the northern circuit such as the Serengeti and the Ngorongoro. This small park of nearly 2850 km2 (Laurentian Wildlife Reserve = 7934 km2) is famous for its huge elephant herds, its baobabs and tree-climbing lions.

For me, this park is as beautiful as the Serengeti and on par with the Ngorongoro. In the dry season (June to October), animals are concentrated around the river flowing in the middle of the park. This allows for awesome scenery and an abundance of animals to watch; especially elephants that are present by the hundreds.

It was also a good test for the vehicle. I started using it only 2 days before. Some bumpy roads, sometimes hard to go through (even in the dry season) and even a few small rivers to cross. A wonderful safari that is easier to visualize than describe. 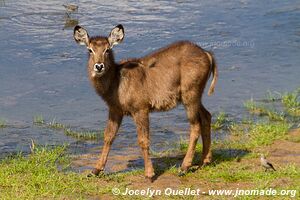 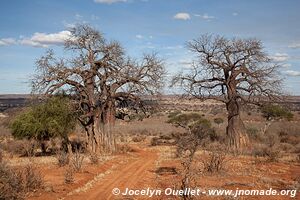 A road through baobabs. 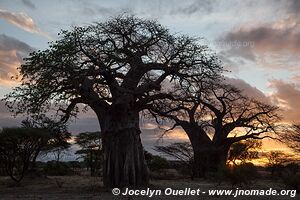 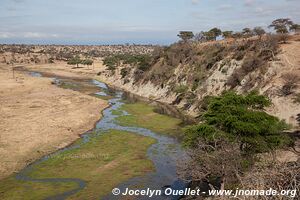 Tarangire River in the middle of the park. 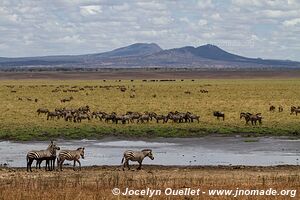 Sisale swamp, dry at this time. 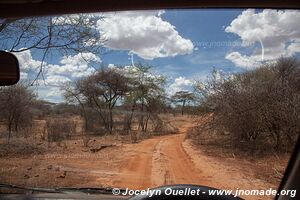 Driving in Africa... an example

During the dry season, animals gather around the few water points not yet dry.