When I was in the Usambara Mountains, I camped at a very nice place called Mambo Viewpoint. At this place, the owners talk to me about a 4x4 path going down the mountain that would allow me to avoid backtracking 100 km to go back to Lushoto. They strongly advised me to use a GPS, and despite the fact I had none, they briefly told me how to reach the road... And I tried it not without some fears... 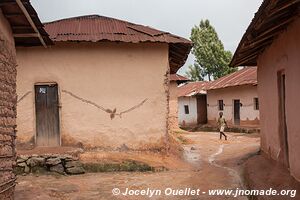 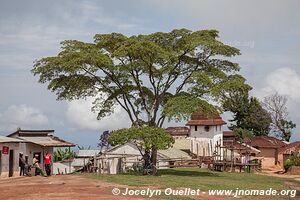 The start was from the Mtae Village. However, after reaching it, I could not see anything looking like a 4x4 path. Thus, I parked the car to scout around on foot. The village in itself is very nice with magnificent views each side of the mountain. 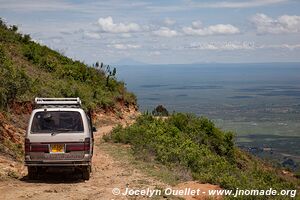 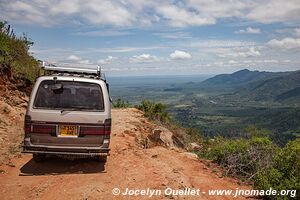 The beginning of the path was fairly large, but as you can see on the pictures, one had to have a good set of brakes. There was a bit of nervousness on my side, but it was hugely worth it just for the beauty of the landscape. 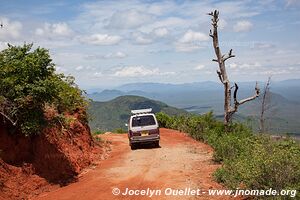 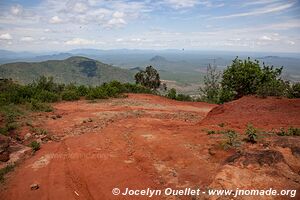 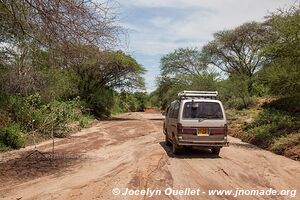 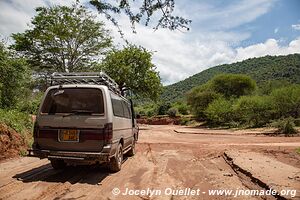 At the foot of the mountain, I was really surprised to stand in front of a dry river. The river bed was very dry and all in sand. Although my vehicle is 4x4, I was not sure that I could do this path. After some more scouting on foot and finding the sand was compact enough, I threw myself in.

After a few dozen metres, I was again standing in front of another dry river a lot larger than the first one. This time, I drove it without too much hesitation. 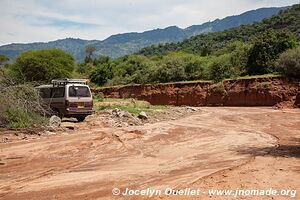 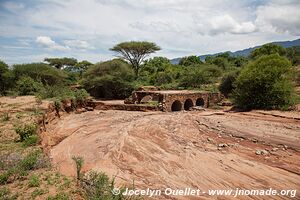 In the end, I managed to leave the river bed behind just before reaching a broken bridge. Thereafter, the path was going on for a few more kilometres before getting to a village and a maintained road.