Gonder and its castles 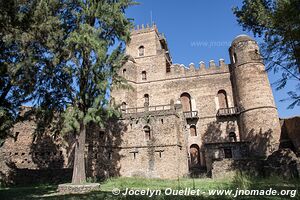 The royal enclosure would have started when King Fasilidas decided to permanently base himself in Gonder in the 17th century. From that moment, the royal city expanded until the 18th century. In 1855, the capital was moved to a different city and Gonder was plundered in 1864.

Fasilidas's Palace is the best preserved of all the palaces with its two storeys and its high towers. 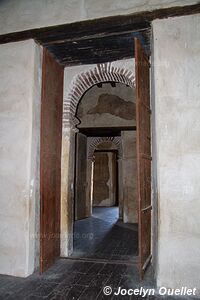 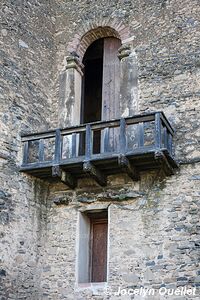 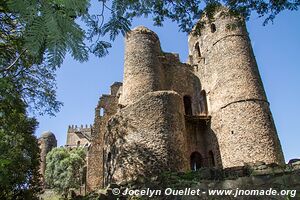 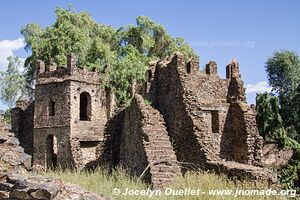 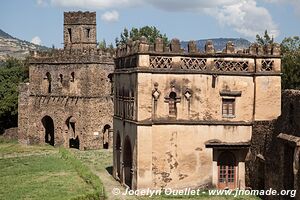 The library and the chancellery. 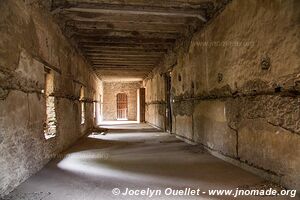 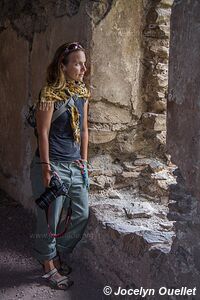 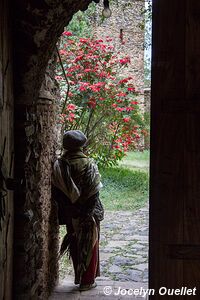 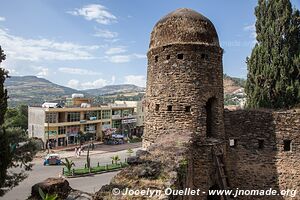 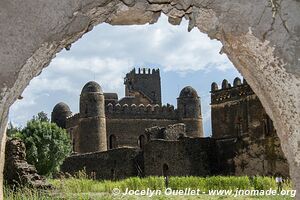 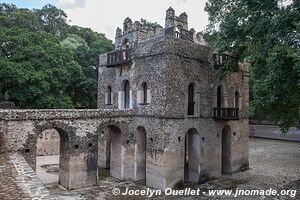 This large pool surrounded by a wall and overlooked by a nice building has been built by Fasilidas or maybe by King Iyasu. Its real usage is uncertain, but it could have been used as baths or as the site of important religious ceremonies.

Each year, during the Timkat festival, the pool is filled with water and the believers and tourists can take a bath in it. The day commemorates the baptism of the Christ in the Jordan River. 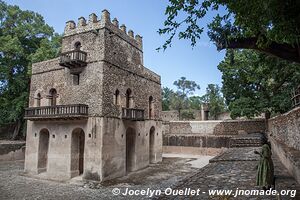 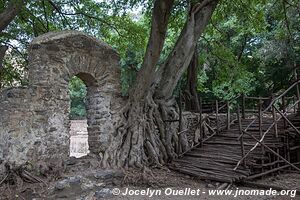 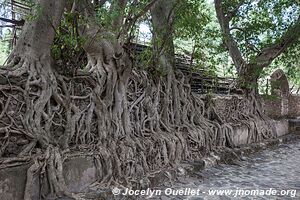 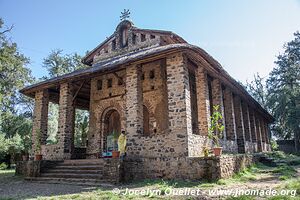 The church has been built at the time of King Iyasu at the end of the 17th century. It was rebuilt in the 19th century under its actual rectangular shape after having suffered from several damages. This church is one of the most richly decorated churches in all of Ethiopia.

At this church, we met the old priest who was very friendly. 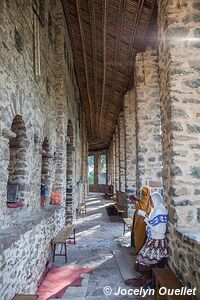 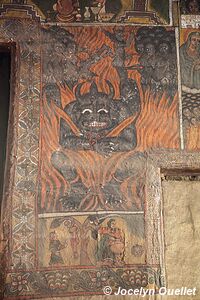 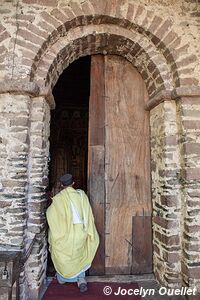 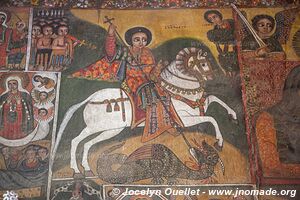 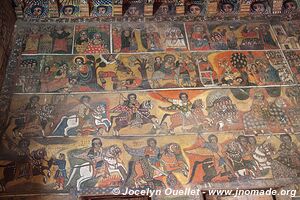 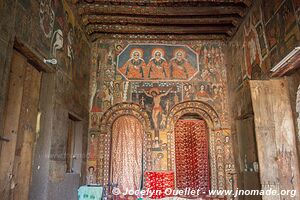 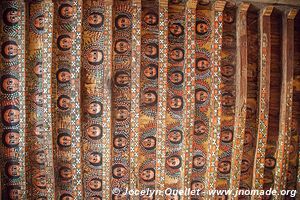 84 cherubs are watching us from the ceiling. 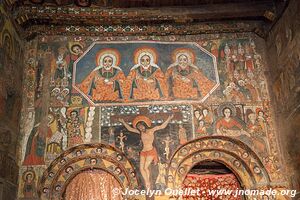 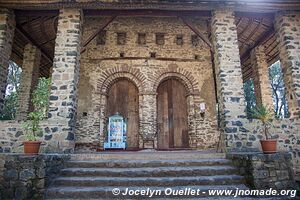