Gonder and its castles
Ethiopia 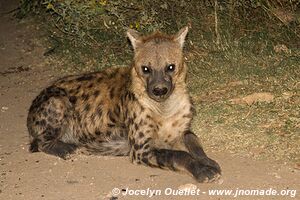 Yes, it is really a wild hyena. These animals have a bad reputation mainly because of the movies depicting them as evil beasts. Personally, I think that they are nice and fascinating animals, despite their ferocity and jaws that can easily break and crush bones of large mammals and even humans.

The hyenas that you will see in this post are wild, but they are accustomed to humans, and especially to the young man feeding them. The father of this young man was feeding the hyenas, and the son has taken over the tradition. 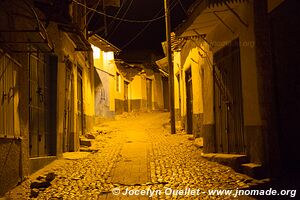 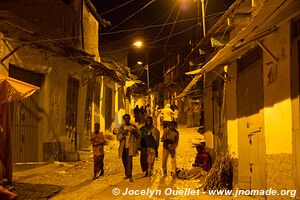 Hyena-feeding is a few centuries old tradition that happens early evening when darkness engulfs the city. The hyenas are nocturnal creatures, but sometimes they are active during the day.

So, to reach the feeding site, we have crossed the old city after dusk. The city is somewhat quiet, but keeps some of its charms under these artificial lights. 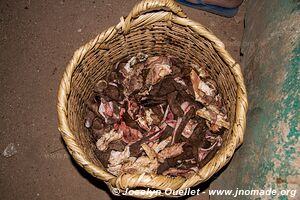 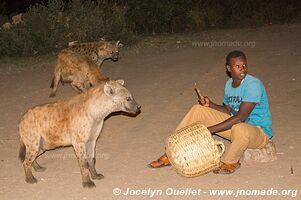 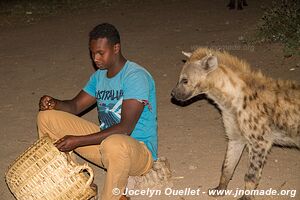 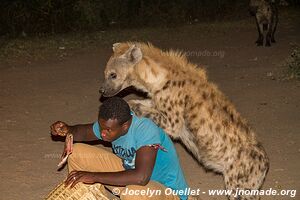 The hyenas are fed each evening and they seem to faithfully obey. Around us, they are about 8 to 10 hyenas eagerly waiting for a part of the feast. 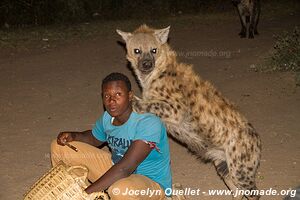 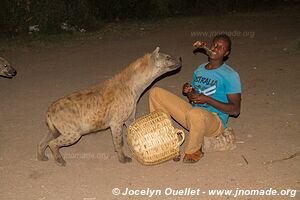 Hard to believe, but true... 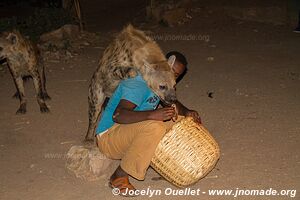 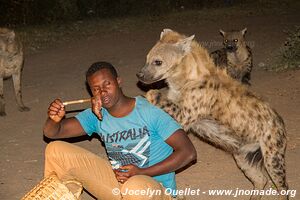 Just imagine! A hyena could easily grab a piece of meat... and the hand or arm that holds it. They are purely carnivorous animals. 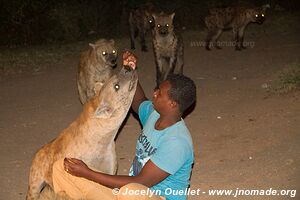 Notice the hyenas waiting in the background. 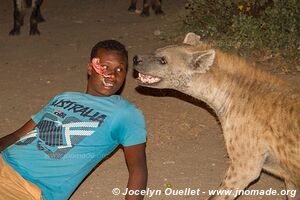 Wow! He has some nerves.
Previous post
Town of Harar
(Ethiopia)
Back to visited regions
Next post
Valley of Wonders
(Ethiopia)
Copyright © 2010-2023 Jocelyn Ouellet. All rights reserved.