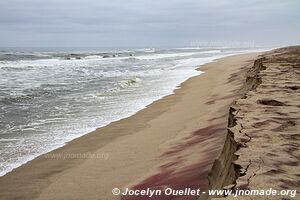 The Dorob National Park exists only since 2010 and consumes the old 'West Coast Tourist Recreation Area'. The park protects a desert zone where lichens, plants and bushes survive with only the water from the fog coming from time to time from the Atlantic Ocean.

This desert zone is part of the great Namib Desert, considered as the oldest desert in the world. It is at least 55 million years old. The cold Benguela Current coming from Antartica creates a desert climate that prevents rain from falling on the area. 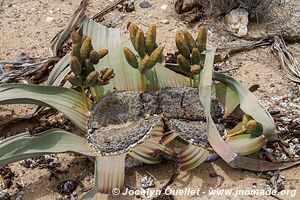 The Welwitschia mirabilis, endemic to the Namib Desert, is the most fascinating plant of this desert. The plant has only too long leaves and can live up to 2500 years.

The leaves can reach 2 to 4 metres and the male and female plants are different. Pollination is done by insects attracted to the nectar produced by both the male and female flowers. The Welwitschia absorbs the water coming from the dew that appears every night. 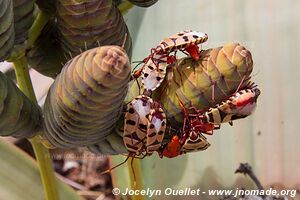 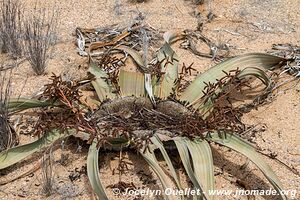 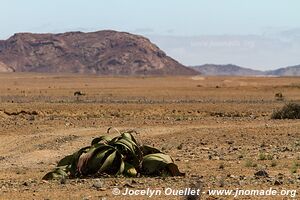 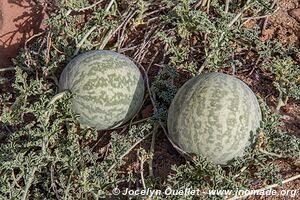 A nara, some sort of melon. 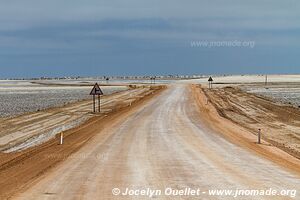 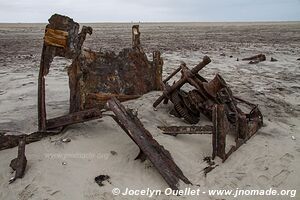 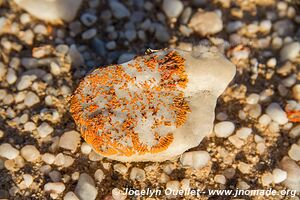 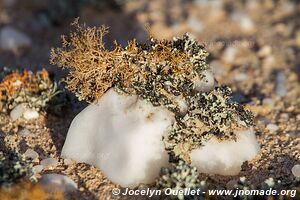 Numerous species of colourful lichens are growing in the desert. 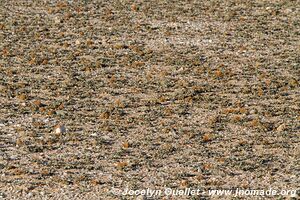 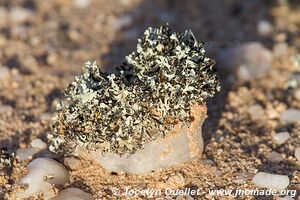 Messum Crater (the van is visible).

The Atlantic Coast is not very welcoming.

One of the numerous shipwrecks on the coast.

A golf club in the desert. 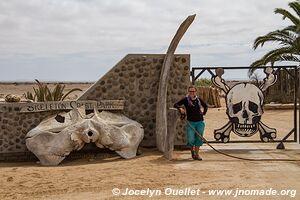 The park is located directly north of Dorob Park. This area has been protected a much longer time than the Dorob. It is an inhospitable and very remote area far away from any urban centre.

We have visited only the first 20 km of the park since we had a major tire puncture (a shredded tire). Since we already had a puncture with our second spare, we ended up with only 4 good tires. We turned back by driving very slowly and hoping not to have another puncture. 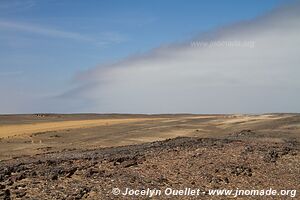 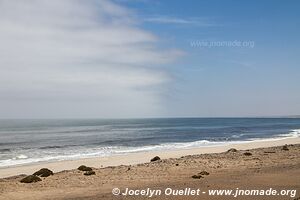 The park is very arid and inhospitable. Nevertheless, it is a fascinating region to discover.

One of the numerous skeletons in the park. It is a shipwreck, but I refrained from showing the various dead animals I photographed. The sea currents and the desert are rather ruthless.
Previous post
Damaraland - Brandberg Mountains
(Namibia)
Back to visited regions
Next post
Cape Cross Seal Reserve
(Namibia)
Copyright © 2010-2023 Jocelyn Ouellet. All rights reserved.