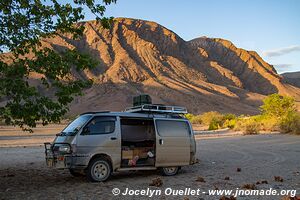 The Kaokoveld is a huge region in northwestern Namibia. The region is sparsely populated, and few roads are accessible with a small car. There are a lot of 4x4 tracks that pass arid landscapes of great beauty.

This region is also inhabited by the Himba people who have kept its traditions despite the influence of the modern world. The way Himbas dress and do their hair is particularly impressive.

The area near Angola receives some rains during the rainy season. This results in flash floods in the riverbed that are normally dry. 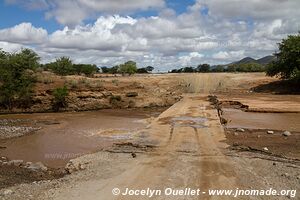 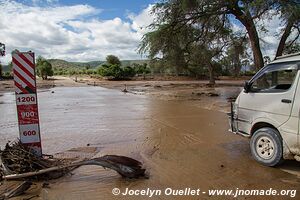 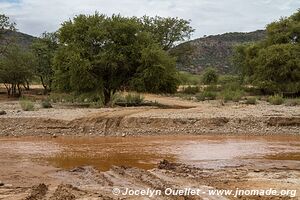 At this river, we had to turn back (too deep). 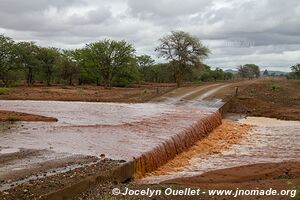 In order to help overlanders to find their way in this isolated region, 4x4 enthusiasts have placed several drums with various colours at important tracks intersections. There is even a drum that is on the maps as if was a village.

On the map, there is a dot called Roidrom and I thought it was a village. I was surprised to learn that Roidrom simply means red drum. Gitane made fun of me since I really belied it was a village.

The drums road allows people to reach two magnificent valleys. These valleys are the topic of the next post (see part 2). 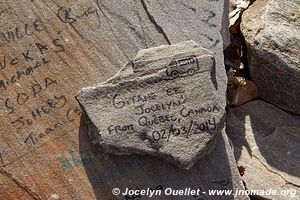 At the red drum, people write their info. 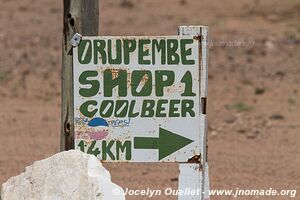 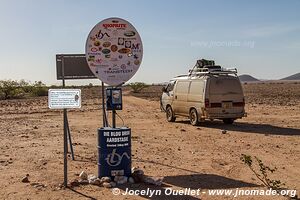 Satellite phone at the blue drum. (a good joke) 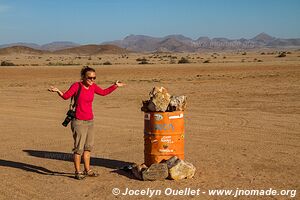 In the middle of nowhere. 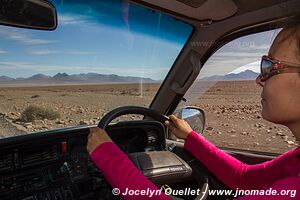 The tracks in the Kaokoveld aren't all easy even for a 4x4 car. Obviously with our van, we are more limited than people with a robust 4x4. Despite that, we had some fun and also some scares on some of the road we chose. 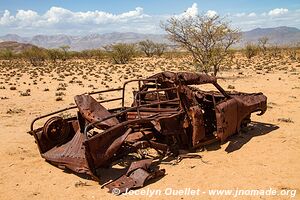 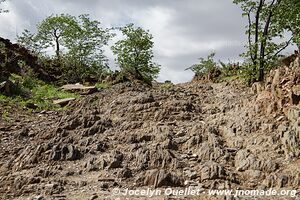 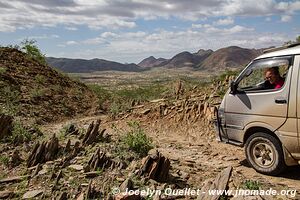 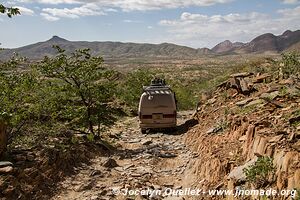 Joubert's pass has been the most difficult section for our van.

It was not a hard road, but don't have a breakdown here..

Animals are difficult to approach 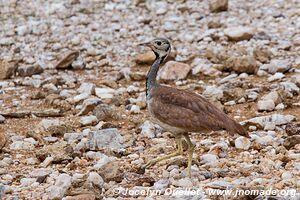 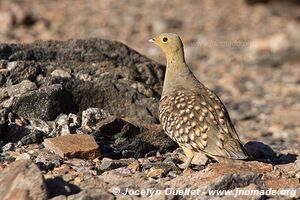 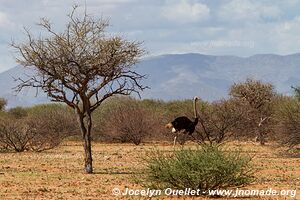 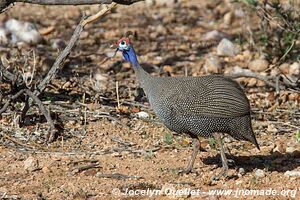 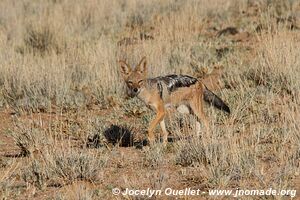 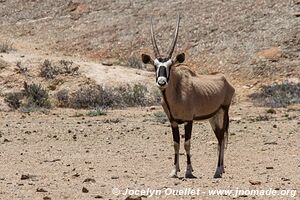 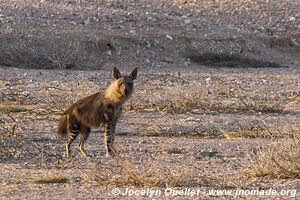 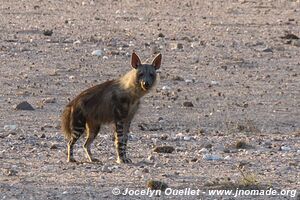 The brown hyena is the rarest hyena species. 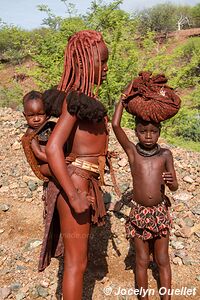 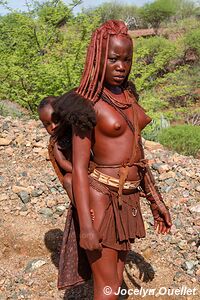 For me, the main reason to wander around this arid region is for the fantastic landscapes that are waiting for us everywhere. 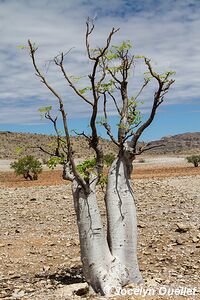 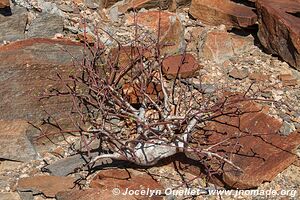 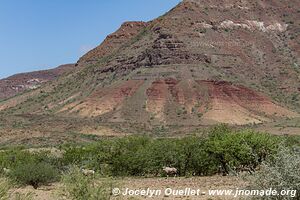 Some oryx far away. 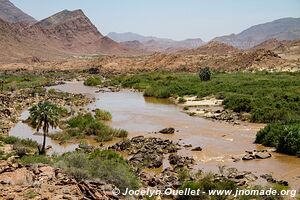 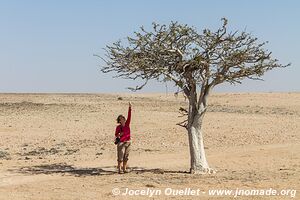 The GPS was showing a picnic site with some shade? 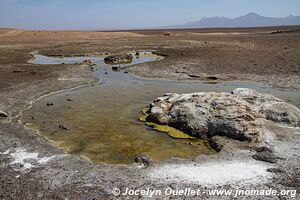 Some mysterious circles in the desert.