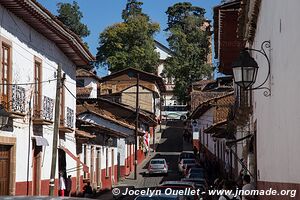 When arriving in Pátzcuaro, one has the immediate impression that something is different in this town. Indeed, it has not been founded by the Spanish Conquistadors, but by the ancient Tarascan Empire in 1320. The difference is that the population is a lot more indigenous than other towns I visited up until now.

The town has fairly nice colonial architecture, but what I liked the most were the many markets. 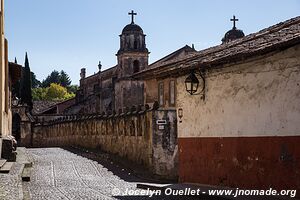 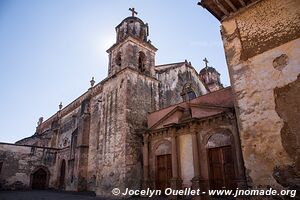 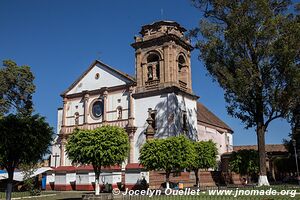 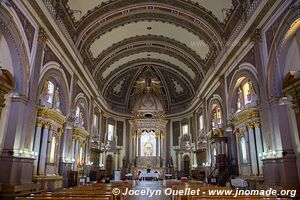 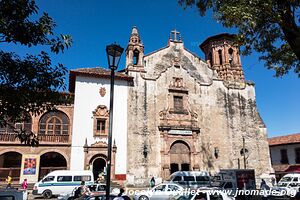 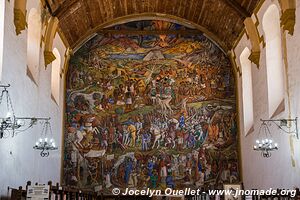 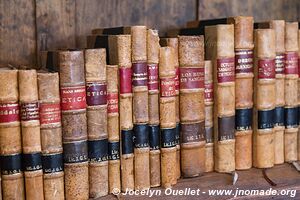 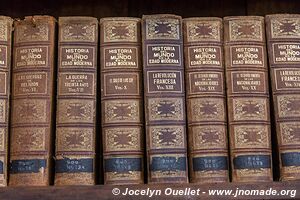 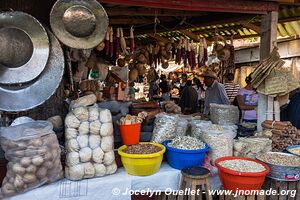 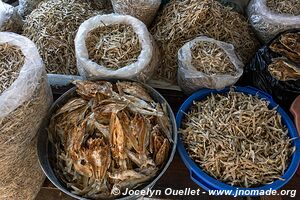 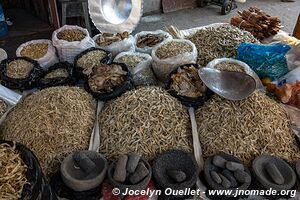 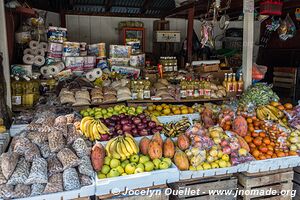 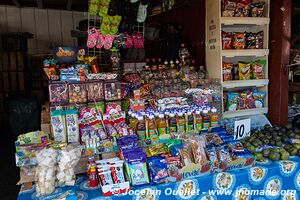 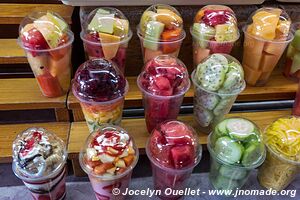 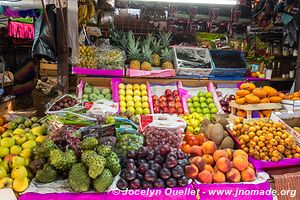 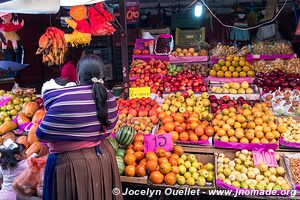 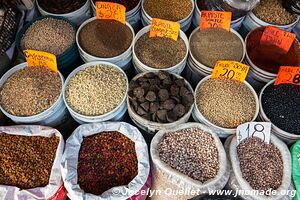 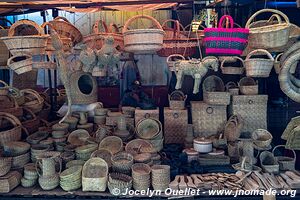 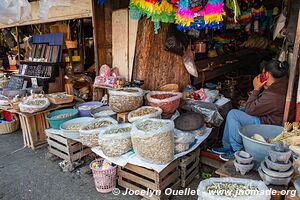 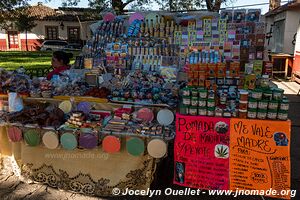 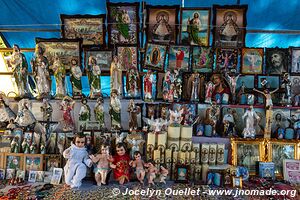 Near the basilica, one can purchase miracle-cure products and religious items such as statues and candles. 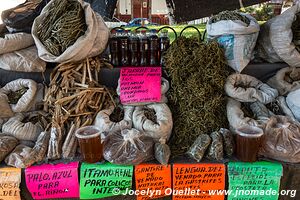 Natural products for your health. 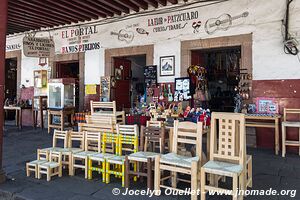 Near the city, Lake Pátzcuaro is home to many inhabited islands. The most photogenic is Isla Janitzio. 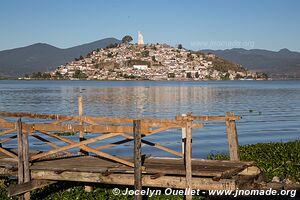 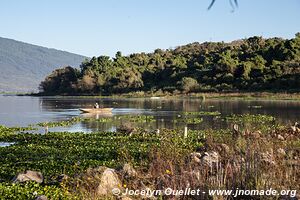 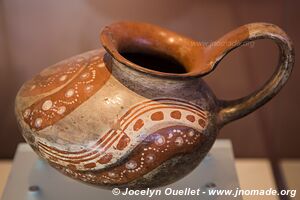 The archeological site of Tzintzuntzan is the first ruins I have visited in Mexico. It is not the most impressive site, but it is a good introduction to the pre-Hispanic world.

The characteristic of this site is the five round structures, a rare design in the region. Theses structures could have been temples known as yácatas.
Previous blog
Volcán Paricutín
(Mexico)

Back to visited regions
Next blog
Morelia
(Mexico)