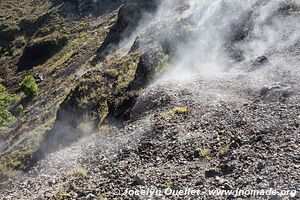 Steam coming out of the volcano.

Volcano Paricutín is still quite young at 80 years old and with a height of 2800 metres. On February 20, 1943, while a farmer was labouring its field, the ground started to shake and to spit steam, sparks, and lava. The farmer vainly tried to cover the giant holes but soon realized the futility of his endeavour.

Within a year, the volcano had reached 410 metres and the lava had flowed over the villages of San Salvador Paricutín and San Juan Parangaricutiro. The flow of lava was relatively slow, and the villagers got enough time to flee. The volcano kept growing until 1952.

The trail to summit can be seen on the volcano. 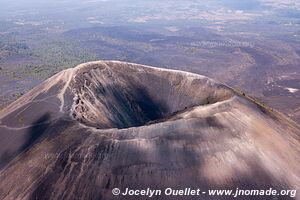 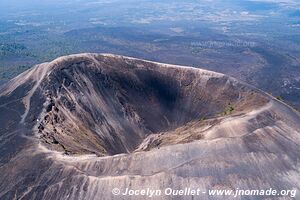 I am there on these two photos; only a small dot in both cases.

Lava field at the foot of the volcano. 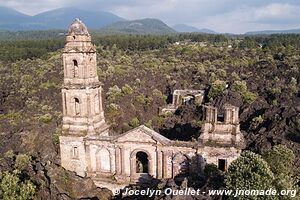 Two villages were completely destroyed with the exception of this church. To view the top of the church emerging from a 20 square-kilometre lava field is completely surrealist and unique. 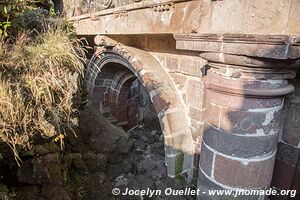 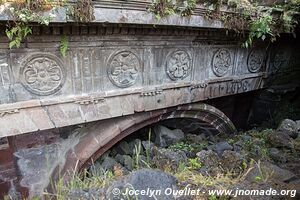 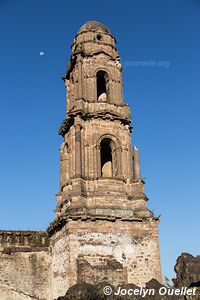 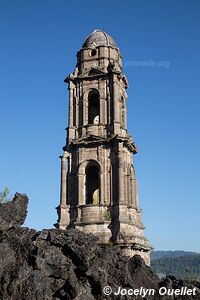 Front of the church. 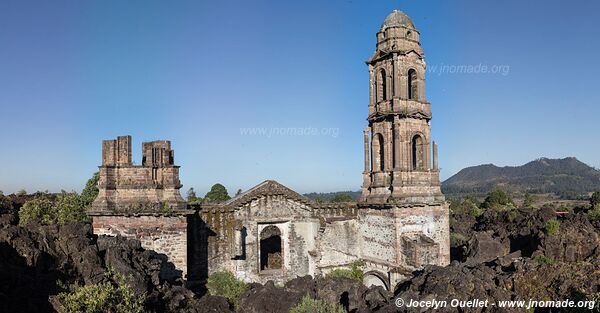 Back to visited regions
Next blog
Pátzcuaro
(Mexico)