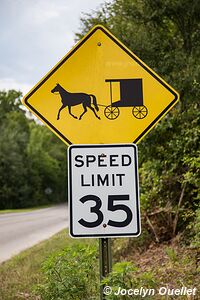 Who are the Mennonites? Do you remember the movie Witness (1985) with Harrison Ford? That film is about Amish, but Mennonites live in a similar way.

For my foreign eyes, the most obvious characteristic of the Mennonites is the choice of life without technology. Indeed, they refuse modern technologies and live without electricity nor petrol engine. In the fields, they can be seen working the land by hand or till with only a horse and a plow. They lit themselves with candles or oil lamps.

They are also very pious and reject violence in every way (even to protect themselves). Mennonites are part of a Christian movement called 'anabaptist'. They believe that baptism must be a conscious choice and should not be forced upon a child. No baptism for children.

This religion was founded by Menno Simons (1496–1561) in a province of the Netherlands. It is possible that the technology they accept predates the 1500s. 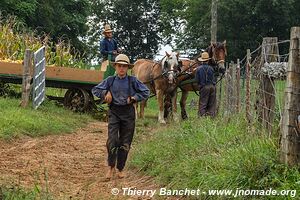 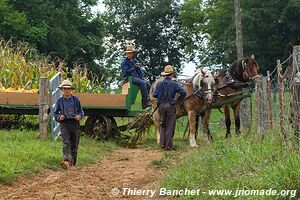 Young people and women, we have seen, were all going around barefoot. 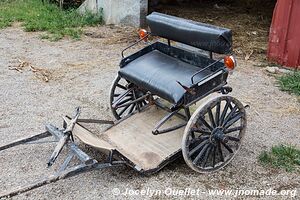 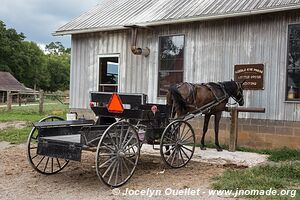 Yes, there are two lights with a battery, but it's the choice of the Mennonites. Government forces them to use this technology to be able to go on roads at night. The battery and the small solar panel to recharge it are strictly dedicated to these two lights, they are not used in the house. 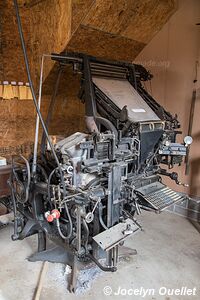 Their refusal of technology leads them to be ingenious in some areas. Mennonites have printing press. They use these old contraptions that are driven with belts by a horse.

We met James who showed us how he runs its various printing press. For each page he will print, James must carefully prepare all the words and sentences one by one. After a page, he has to redo the whole process. 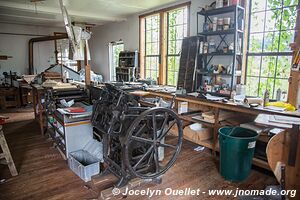 James works the printing presses and its farm. He is the father of ten children. 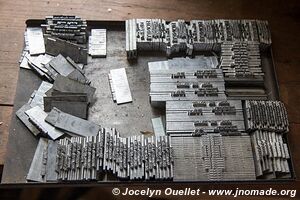 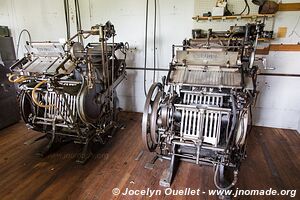 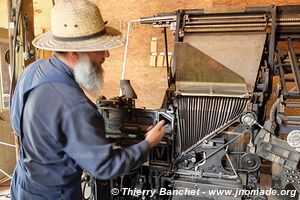 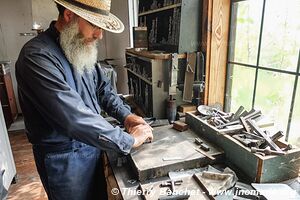 James is explaining to us how the press function. 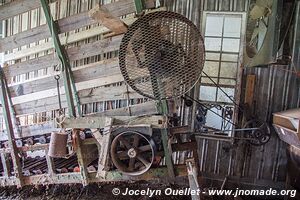 The presses are driven with this device powered by a horse. 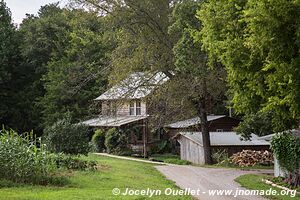 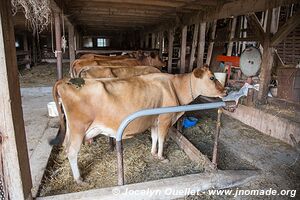 Cows are milked by hand in a bucket. 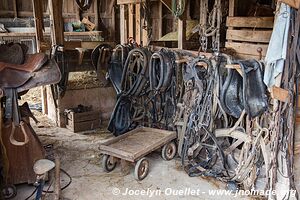 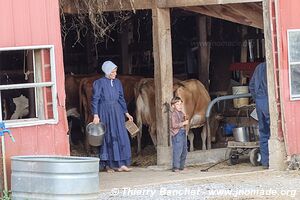 Back to visited regions
Next blog
Guns country
(United States)