From Uspallata, the road to Chile leads to the Paso Internacional Los Libertadores, a mountain pass linking Argentina and Chile. The old road climbs to an altitude of nearly 4,000 metres where a Christ the Redeemer statue has been erected. The scenery on both sides of the border are fantastic.

Between Uspallata and the border, there are also many interesting places such as the Puente del Inca and the Aconcagua Park.

The road to the border 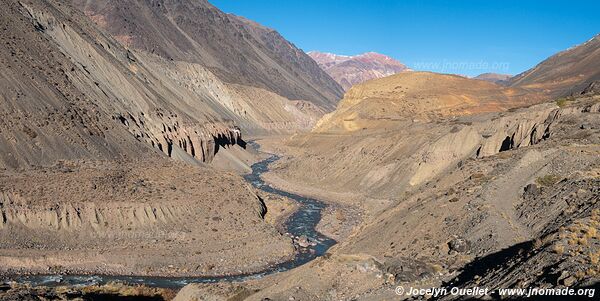 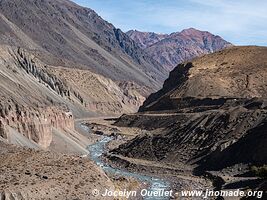 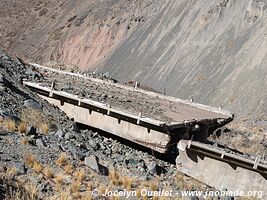 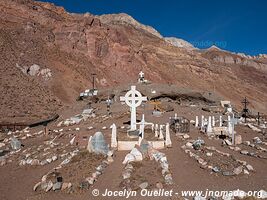 The cemetery was originally a site where railway workers were buried. Then, in 1928, a British officer made an attempt to climb the Aconcagua, and he was found dead the following summer. Since nobody claimed his body, he was buried at this site.

Nowadays, some alpinists choose to be buried in this cemetery dedicated to andinistas (alpinists).

The Bride of the Inca name comes from the fact that Incas once visited the site for its thermal waters that emerge from the mountain. The bridge is a natural formation due to the river. 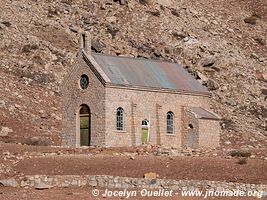 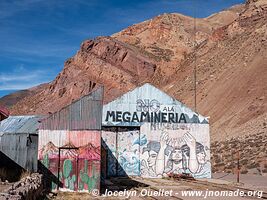 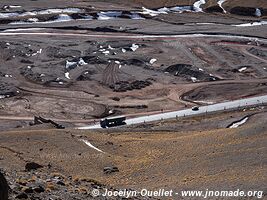 Tunnel between both countries.

Nowadays, there is a 3.08 km tunnel crossing the highest summit between Argentina and Chile. The tunnel, inaugurated in 1980, is located at an altitude of about 3,200 metres.

Before the advent of the tunnel, the road crossed the Uspallata Pass at an altitude of 3,832 metres. A 4-ton statue of Christ the Redeemer was installed at the top of the pass in 1904. The 3.08 km tunnel bypass this road that zig-zag for 10 km between the two countries.

The descent toward Chile. At this date, on May 12, 2022, it is impossible to go down on this side of the mountain due to the snow and ice. 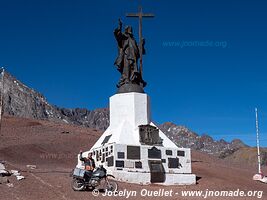 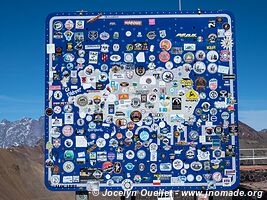 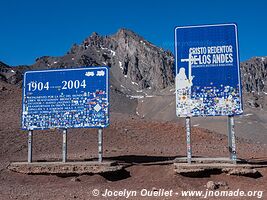 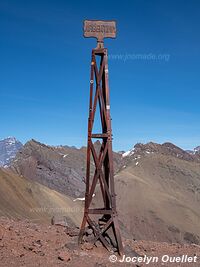 A marker on the border between Argentina and Chile. 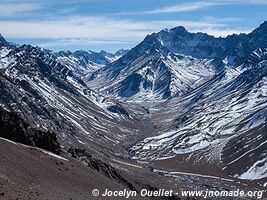 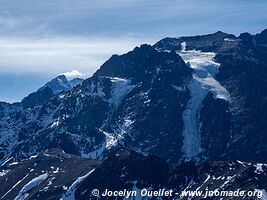 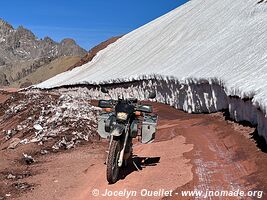