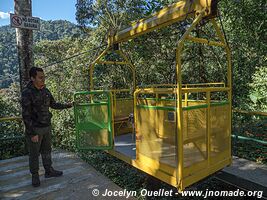 Mindo is a small village known for the number of bird species in its surroundings; more than 400 have been observed. However, during the nice season, the sun shines all day and observing birds is only worth it if a person get up very early, at around 4 AM, and sightings are only possible until about 30 minutes after dawn. After that time, the birds say quiet and hidden. Thus, it's only for really passionate ornithologists; in other words, not for me.

The village of Mindo has a nice climate all year long. At an altitude of 1250 metres, it's never too cold or too hot. The village is surrounded by mountains covered with magnificent forests. A nice activity to do is the visit of the Sanctuary of the Waterfalls.

To reach the waterfalls, a tarabita must be used. In this case, the tarabita is powered by an old car engine (a Nissan 2012 apparently).

The tarabita is powered with this engine. 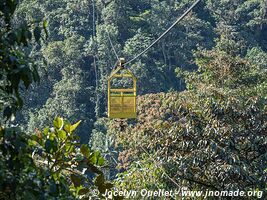 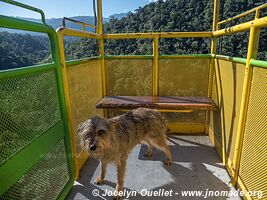 This dog travelled with me. 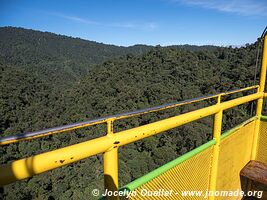 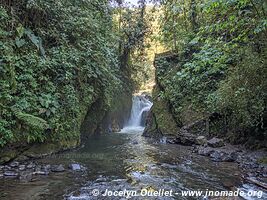 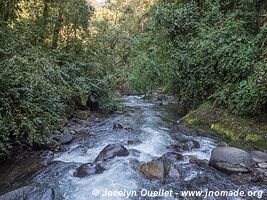 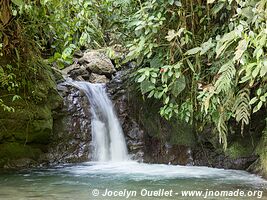 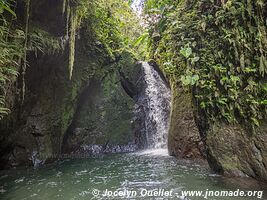 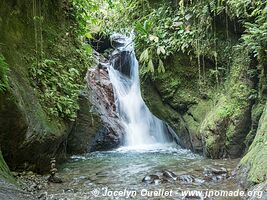 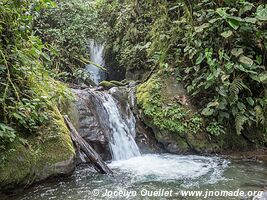 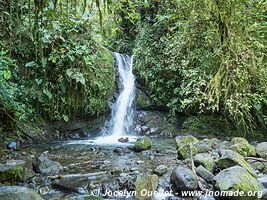 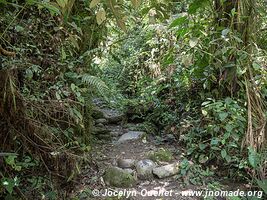 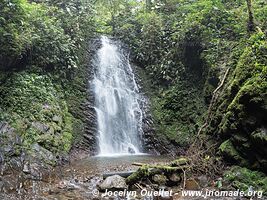 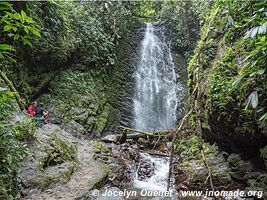 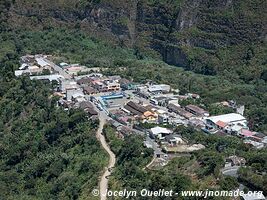 A magnificent valley that is named after the Intag River.