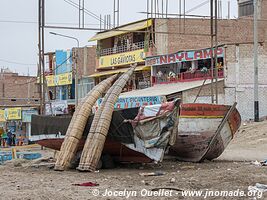 Pimentel is a nice coastal village located 12 km from Chiclayo. During the high season, its beaches are busy with numerous locals. The beach is suitable for swimming and is lined with plenty of boats nicknamed “caballitos de totora.”

These typical regional boats have been used by fishermen for several centuries. Indeed, these boats are depicted on ancient pottery as old as 2000 years. Caballitos de totora means “little reed horses,” because the fishermen ride them with their legs on either side.

The making of these boats in a dying art since the know-how is being lost with the younger generation who prefers other methods for fishing. In addition, climate changes cause erosion, and a loss of the lands where the necessary reeds are grown for their construction. What's more, these boats only last a few months before starting to take on water. 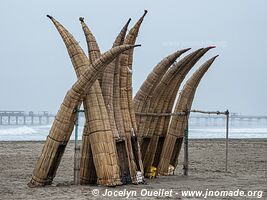 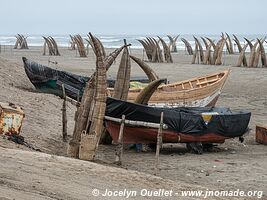 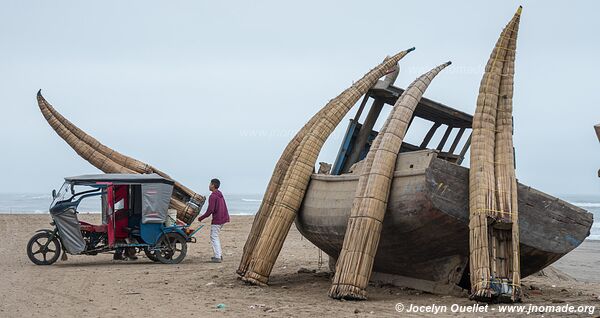 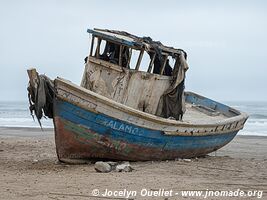 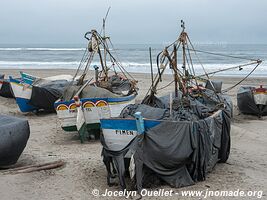 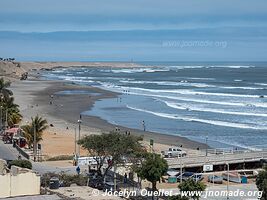 Pascamayo is a small resort town rarely visited by foreigners, but popular with locals. The beach is very nice, and surfers know the place well. 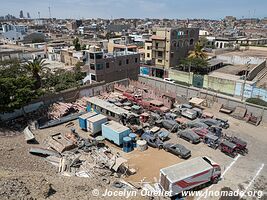 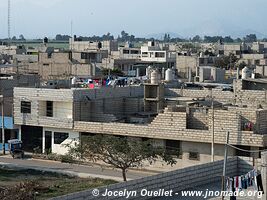 Casa Grande, what am I doing in this town?
Is it a tourist place? Absolutely not.
Is it pretty? No.
Is there any good hotels? Not really.

Sometimes, at the end of the day, it is necessary to find a place to sleep. I could have installed the tent along the coast, but the region has a bad reputation for tourists getting attacked and robbed. Moreover, the land is flat for kilometres all around, it is very hard to hide from view.

After several stops in small town, I didn't find any decent hotel. In Casa Grande, failing to find a respectable place, I managed to find a clean place. The snag is that this kind of hotel rents the rooms on an hourly basis to clients whose main goal is not to sleep. After several minutes of negotiation, I successfully rented a room for the night, and park the motorbike in a locked garage.

I got a nice room with mirrors where I was able to get a good rest. To sleep well, I left the fan running on full strength in addition to an audio clip on my laptop. I have an audio recording of more than 10 hours with strong rains sounds. I wanted to be sure I would not hear sounds coming from other rooms. 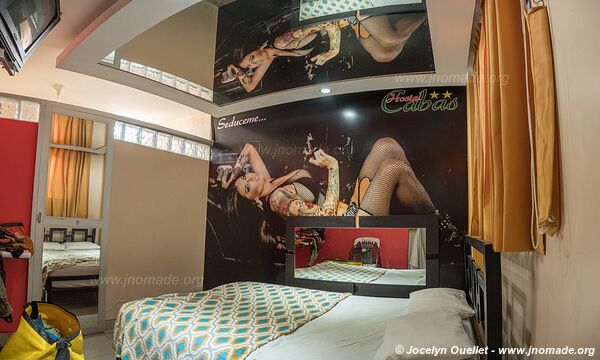 My room with mirrors. 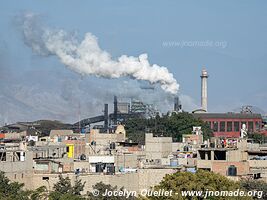 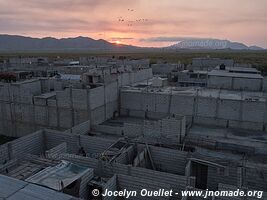 I stay for a while in El Milagro, on the outskirts of Trujillo, in order to explore the region. I love this kind of place since there are no tourists, and the people are very friendly. From this location, I was able to visit the numerous archeological sites in the surroundings. 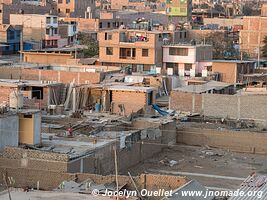 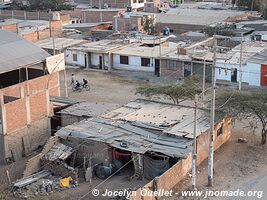 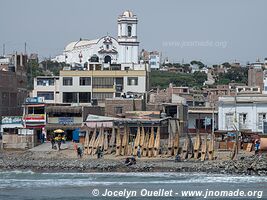 The village is popular due to the promenade along the ocean (malecón), and its traditional reed boats. 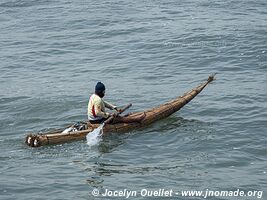 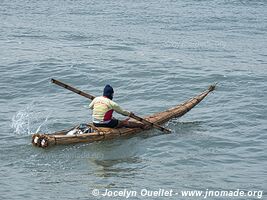 A fisherman on a traditional boat nicknamed “caballitos de totora”. 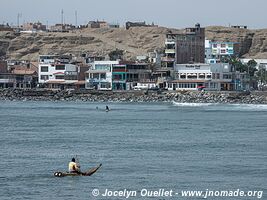 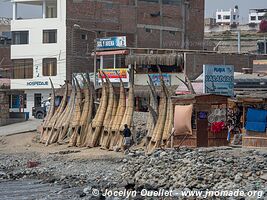 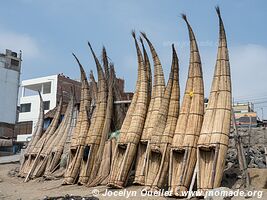 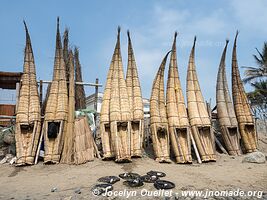 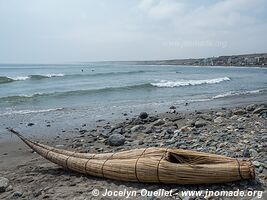 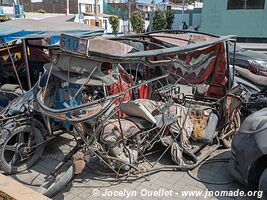 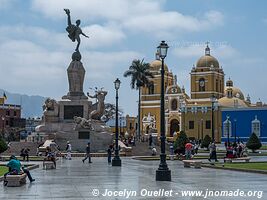 Trujillo is the third most populous city in Peru with nearly 800,000 inhabitants. I crossed the city with the motorbike and it was very stressful because of the dense traffic, the noise from car horns, and the general chaos everywhere.

After successfully reaching the Plaza de Armas, you are rewarded with a very clean and calm park, in contrast to the rest of the city. However, after only 2-3 streets, in whatever direction from the centre, the chaos quickly returns. 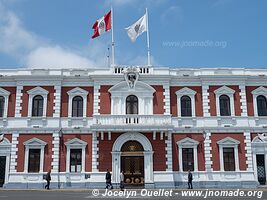 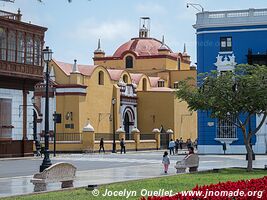 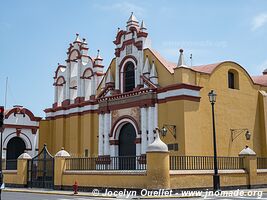 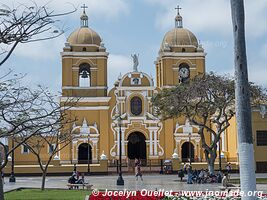