At several places around Kolo Village in the Irangi Hills, there are rock paintings, some of which date from some 3000 years and others only a few centuries. 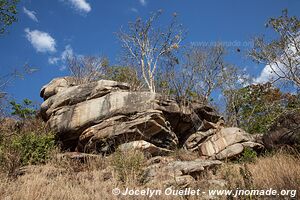 There are hundreds of sites, but most are easily reached and often paintings are in poor condition.

In the hills under rocky escarpments, people called Sandawe used to live. They were related to an old tribe from South Africa called San. These people would have created these paintings. Another theory makes the Bantu people (those currently living in Tanzania) as the authors. 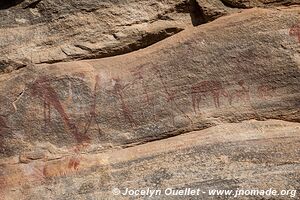 It is a little bit difficult to see the patterns, but one should see: 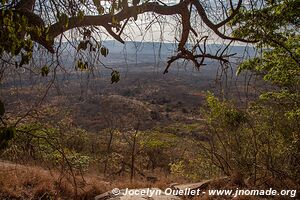 View from the location of a painting. 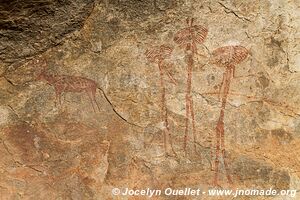 One animal and three people. 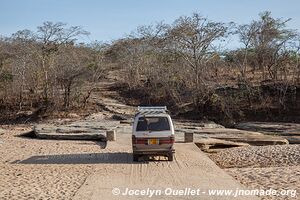 The road to get there. 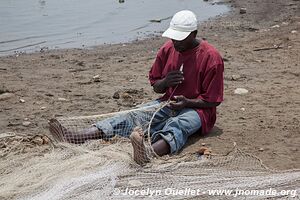 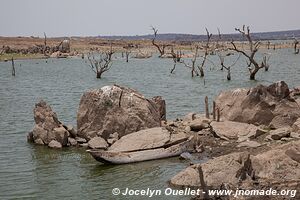 Mtera Reservoir created by the dam with the same name. A good part of Tanzania's electricity comes from dams. The main problem is the lack of water during the dry season. Thus, chronic power failure everywhere in Tanzania. 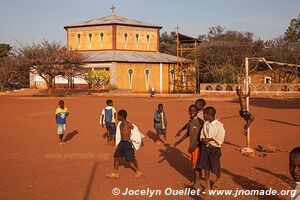 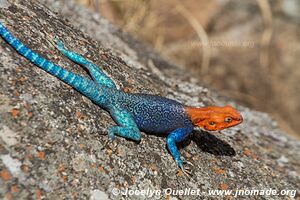 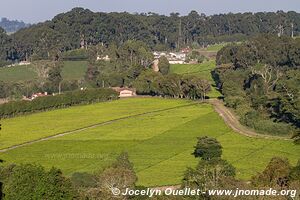