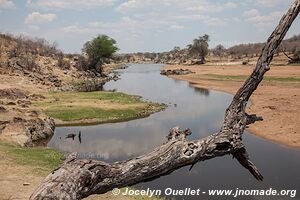 This park is located more or less in the centre of the country. With the recent addition of a huge area of marshland to the park, it has become the biggest park of Tanzania.

This place is seldom visited in comparison to the famous parks in the north of Tanzania (Serengeti, Tarangire, Arusha and Ngorongoro). One gets a better feeling of being in a safari in a remote area and not in a « zoo ». Other vehicles can be seen from time to time, but never ten to thirty at the same place as it is possible in the north.

However, a scant human presence also means that animals are wilder and timid, thus less easy to approach. Hunting for photos is still fun and satisfactory because of this difficulty in approaching the fauna. 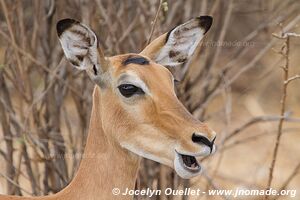 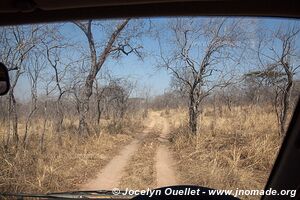 The thrill of driving in the bush. 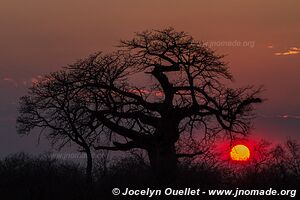 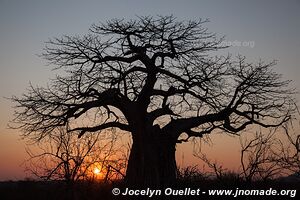 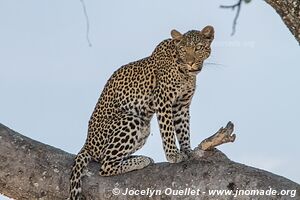 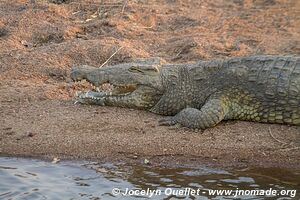 A beast of at least two metres. 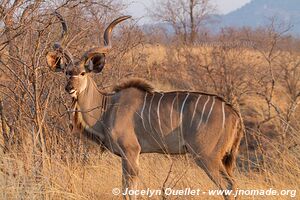 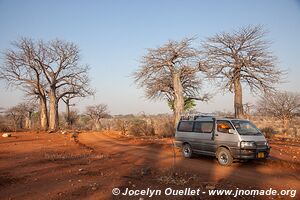 One of the roads in the park. 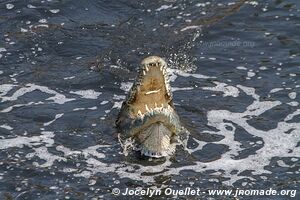