Bagamoyo is a small city on the Indian Ocean Coast. It has been a city of importance in the 1800s. 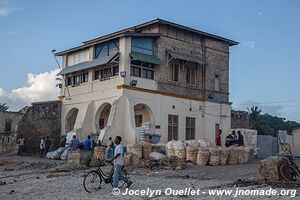 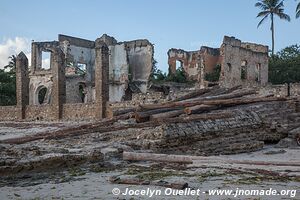 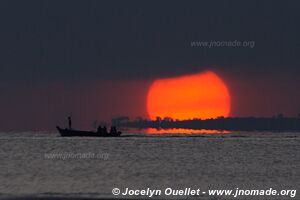 Around the beginning of the 1800s, Bagamoyo was the end of a caravan route linking Lake Tanganyika and the ocean. Caravans were unloading shipment of ivory, salt and slaves for transport to Zanzibar and beyond. Old ruined buildings remind us of a rich town despite their actual state.

Several famous explorers, such as Richard Burton, Henry Morton Stanley and David Livingstone, have started and ended their expeditions in Bagamoyo.

Bagamoyo has also been the German capital when they were controlling this region of East Africa. Following rebellions of some local tribes, the Germans abandoned Bagamoyo in favour of Dar Es Salam (the present financial capital of the country).

Pictures of the town 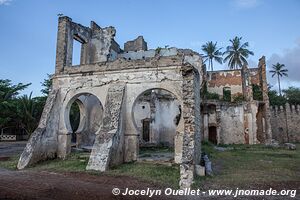 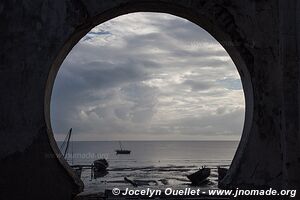 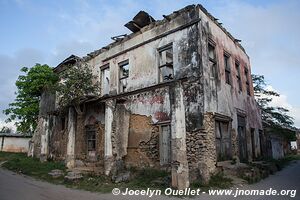 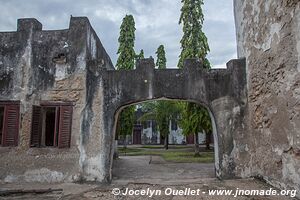 Like Zanzibar, Bagamoyo has many skillfully crafted doorways indicating a rich past. 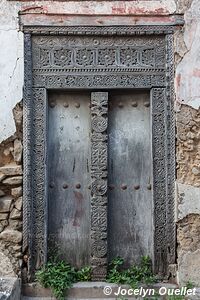 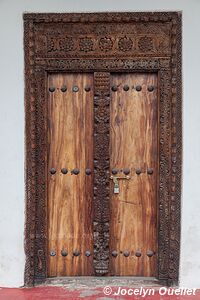 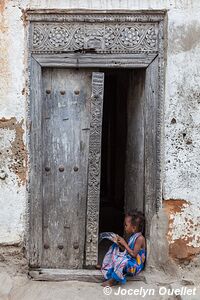 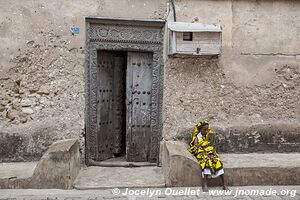 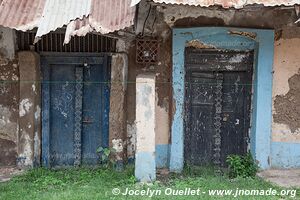 Now, Bagamoyo is no more than a small fisherman village of less importance. 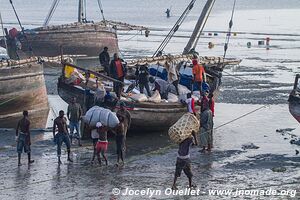 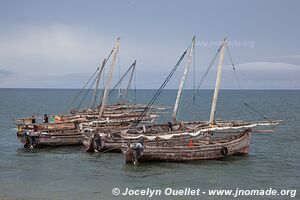 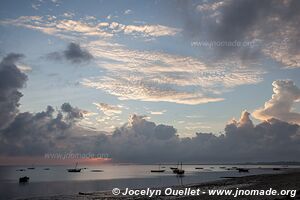 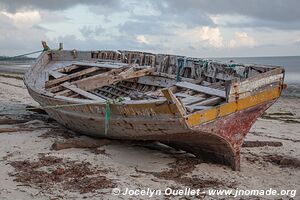 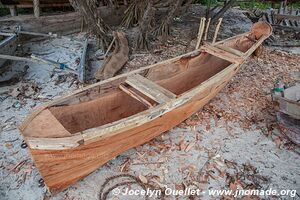 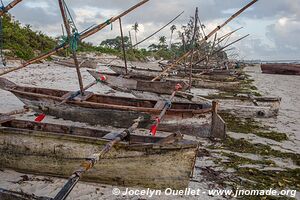 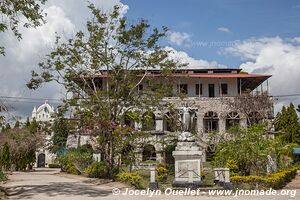 This mission was founded in 1868 by the French people. It was the home of several ex-slaves after slavery was abolished. It was also an important jumping point for missionaries and explorers on their way to the country's interior. 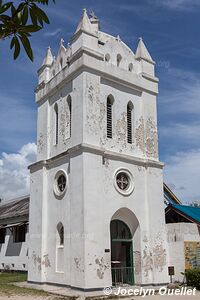 For those who know some of the history of the great African explorers, it is in this tower that David Livingstone's body has been sheltered before its final trip to England.

Livingstone, born in Scotland, arrived for the first time in Africa at Cape Town, South Africa, in 1841. For the next 20 years that followed, he has explored the remotest and most inaccessible regions of the African continent.

He died in 1873 at Chitambo (now in Zambia). His porters and assistants carried his body on a 1500 km journey that ended in England where he was buried.

In the course of its expeditions, Livingstone witnessed atrocities against the black people, slavery and pilfering of their resources. He became an ardent activist against slavery.