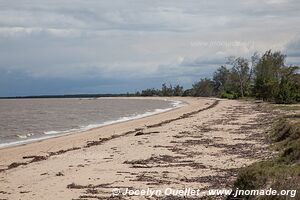 Saadani in the only coastal park of Tanzania. Very few animals can be seen, but on the flip side landscapes are beautiful. 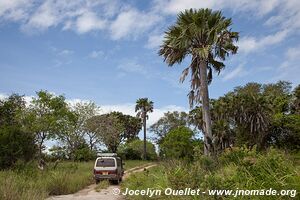 My first experiences in the mud 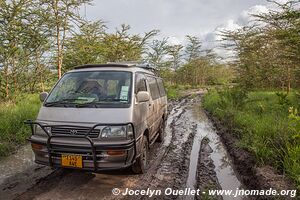 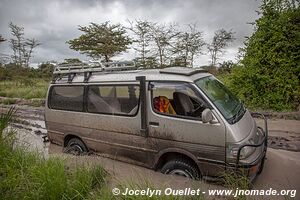 Result: oops, I skidded on the side of the road and I got stuck in this soil similar to clay.

After a few hours, I came back with some local guides and we succeeded in towing the vehicle with a chain. A task that was relatively easy despite the darkness and the depth of the mud.

The problem is that the vehicle is not as high clearance compared to Land Cruiser that dig mud trenches on the road. Sometimes, I will not be able to follow the road that they have taken. The base of the vehicle touches the mud while the wheels eventually lose traction to the ground...

The worst is that, the next morning, I got stuck for a second time... And the same two guides helped me get out of this unfortunate predicament. 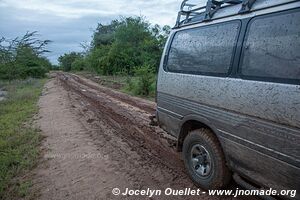 After getting stuck twice in the mud, I decided not to tempt faith again and leave the park. The soil in this region is black cotton soil.

To help you understand what it is, imagine that if you put your feet on the ground, there will be almost 2 inches of mud stuck on the sole of your shoes. Moreover, the road becomes very slippery even at 5 km/hour.

On this picture, one can see the main road to leave the park. In the end, that was the worst part of the park. Fortunately, I was only at the beginning of the rainy season. In the following months, this road will become impassable, even by the best cars out there. 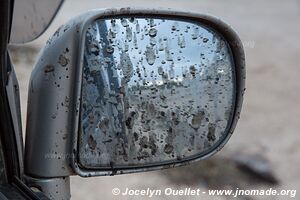 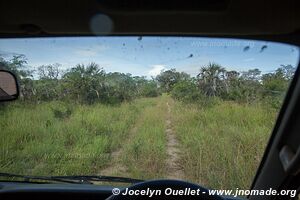 Even though I promised myself I would go out of the park, I ended up enjoying it a bit more and I went around for a few hours on roads that were easy to follow. The previous day, I had started in the worst area of the entire park. 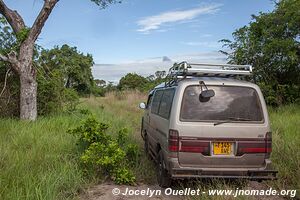 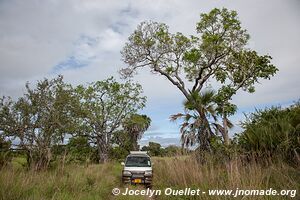 The road has little traffic and hard to follow as you can see on the pictures.
However, landscapes were fantastic. 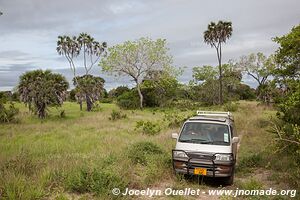 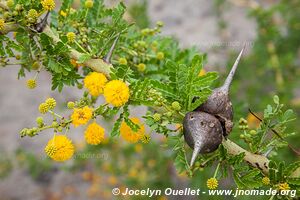 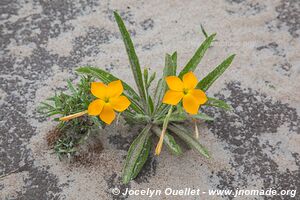 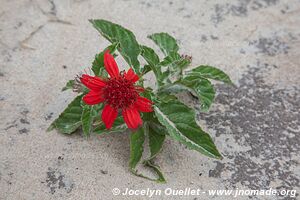