Road from Angastaco to Molinos
Argentina 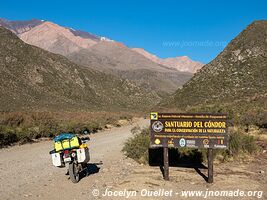 The tiny village of Manzano Histórico, located at the foot of the Andes Mountains, protects fantastic scenery and rivers with pure water. It also has a rich history since it's through here that famous general San Martin crossed the mountains following a military campaign in 1823, at the beginning of the independence of Argentina at the expense of the Spanish.

The road that goes up to the high mountains of the Andes offers some awesome landscapes. It was a nice motorbike ride, but unfortunately I couldn't climb higher than 3500 metres due to the snow. I even fell from the bike trying to cross a 2-metre patch of snow; under it was a layer of ice.

A few kilometres before reaching the village. 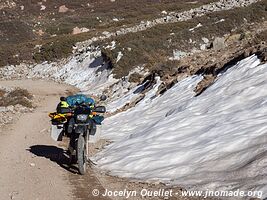 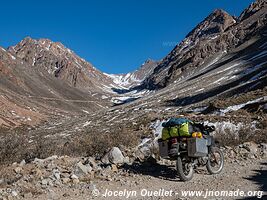 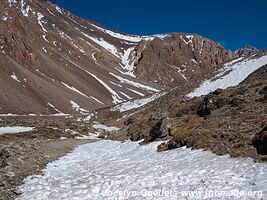 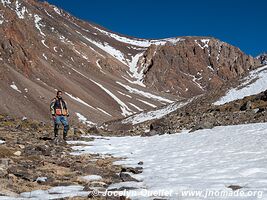 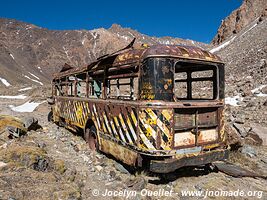 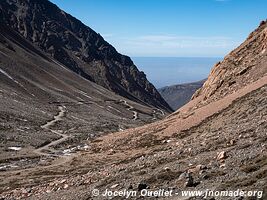 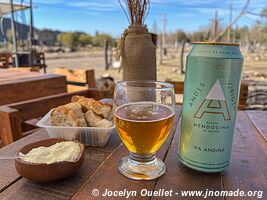 A nice meal after an exciting day. 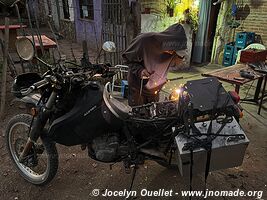 Rack welding after my fall in the snow. 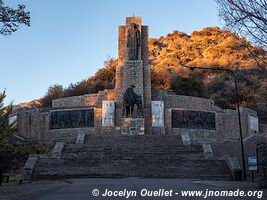 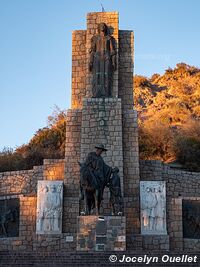