Road 13 from Uspallata to Mendoza
Argentina

Road from Villavicencio to Uspallata 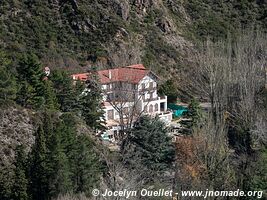 The road crossing the Villavicencio private reserve is an ancient way that linked Buenos Aires to Santiago de Chile during the colonial days. The Hotel Villavicencio was inaugurated in 1940, but its exploitation ended in 1979. The reserve was only created in the year 2000, and the hotel is apparently being renovated... 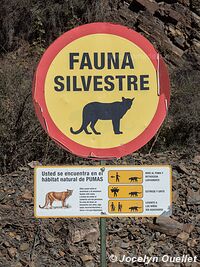 The climb toward the interior of the reserve by the snaking route offers some impressive view over the valley and the mountains.

Along the way, I had the chance to see lots of guanacos, a species in the family of the llama. 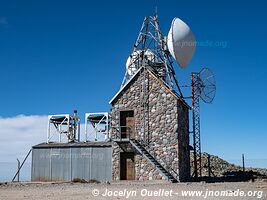 A small detour from the main road brings you to this telecommunication tower. From this site, the view on the Andes Mountains and the Aconcagua is spectacular.

The Aconcagua, the highest summit of the Americas with a peak at an altitude of 6,962 metres.

The highest peak in the centre of the photo is the Aconcagua. 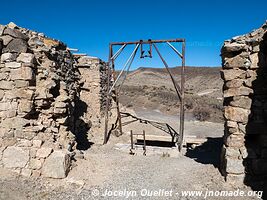 Paramillos is a mining site discovered by the Spanish in the 17th century and exploited for its lead, zinc and silver. In the beginning, the site was quite modest due to the limited technology of that time, and the workers were indigenous people, some enslaved, some free.

In the 19th century, the mining reached industrial level with the improved technologies brought by foreign investors. The mine was shut down in the 1980s. Some 400,000 tons of minerals was extracted from the mine. 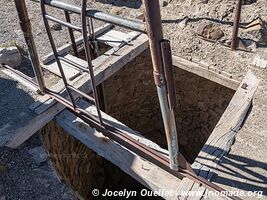 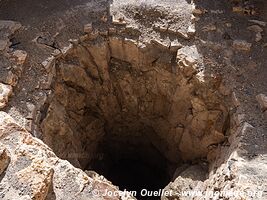 Danger! These mining shafts with vertical walls have a depth of several metres. 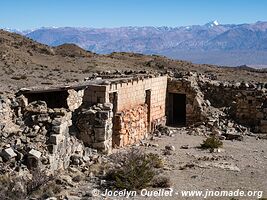 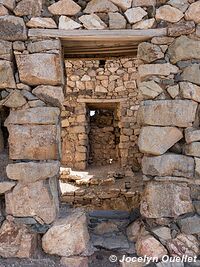 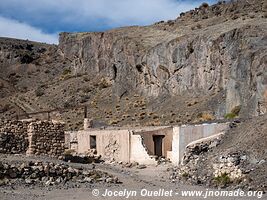 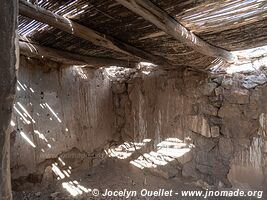 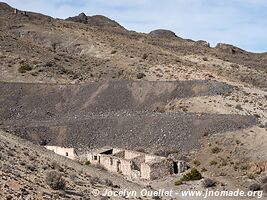 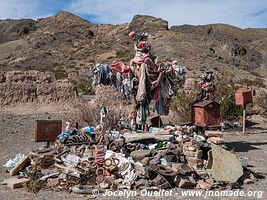 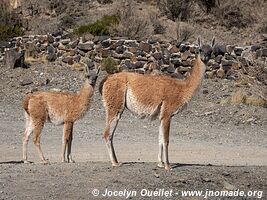 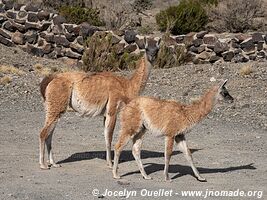 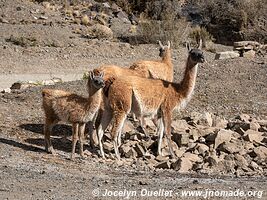 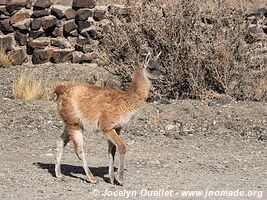 Previous post
On the road #1
(Argentina)
Back to visited regions
Next post
Uspallata and around
(Argentina)
Copyright © 2010-2022 Jocelyn Ouellet. All rights reserved.