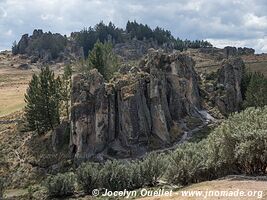 Cumbemayo is an astounding example of pre-Inca engineering. This aqueduct, built more than 2000 years ago, extends over an incredible length of 9 kilometres. Carved directly in the roc, sometimes with right angles, the aqueduct start at an altitude of 3555 metres and is divided in three distinct sections.

The first section of 850 metres was built in volcanic rock, and the canal has, on average, a width between 35-50 cm, and a depth of 30-65 cm. The canal zigzags down the mountain, and sometimes there are tunnels carved through the rock. 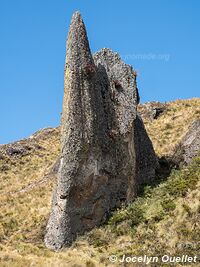 The second section of 2600 metres was dug directly in the mountain hillside.

The third and last section of 5650 metres goes down to a reservoir at an altitude of 2800 metres, at the foot of Mount Santa Apolonia.

It is still not known why such an aqueduct was built since water supply is abundant around Cajamarca and this place. At certain locations along the canal, there are some rocks carved so they resemble a throne or an altar.

Finally, as a bonus, there are very nice rock formations in the region, such as the Bosque de Piedras (Forest of Rocks). 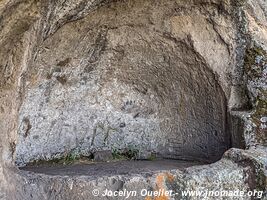 Geometric forms carved on the rock. 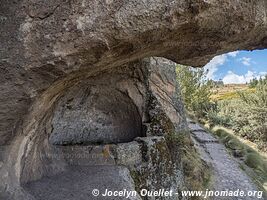 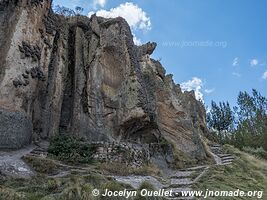 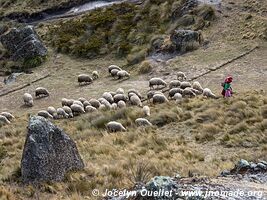 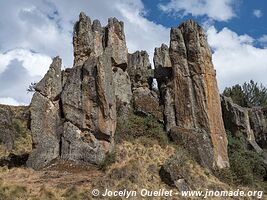 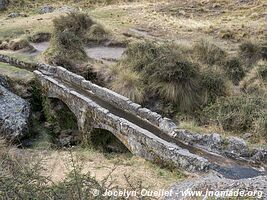 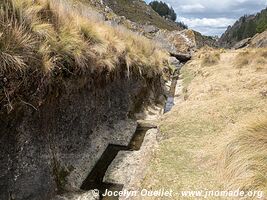 Carved directly in the rock with right angles. 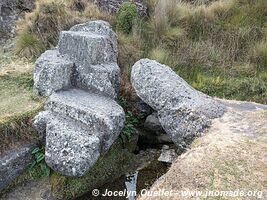 The right angles on this rock are curious. 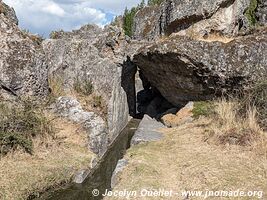 Small tunnel through the rock. 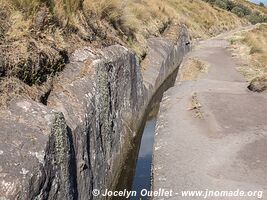 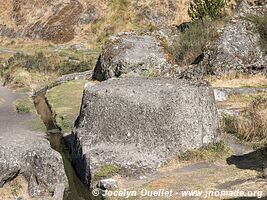 This rock resembles a circular-shaped altar. 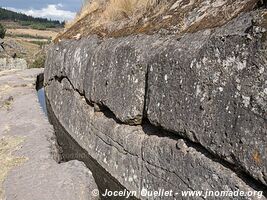 What is the signification of these symbols? 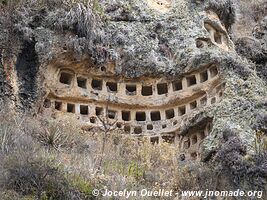 This pre-Inca necropolis, with dozens of funeral niches, date from the Cajamarca culture (AD 200 to 800).

Nowadays, the funeral niches are all empty and they are not used anymore by the local population. 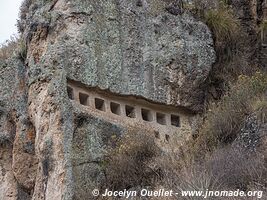 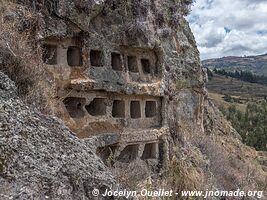 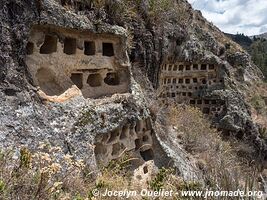 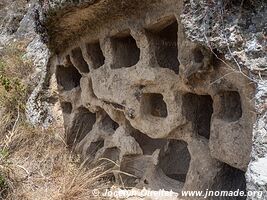 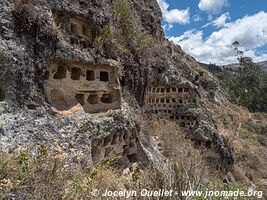 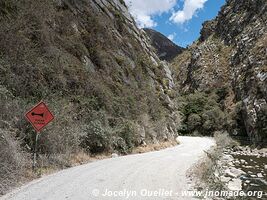 The road between Combayo and Cajamarca. 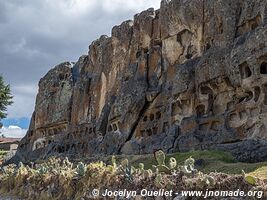 Similar to the one in Combayo, the necropolis of Otuzco dates from the Cajamarca culture.

A funeral niche has a depth between 50 and 60 centimetres. There are also some interconnected niches with depth reaching 8 metres. 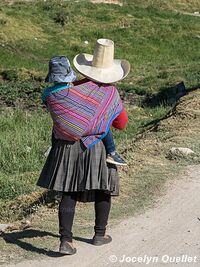 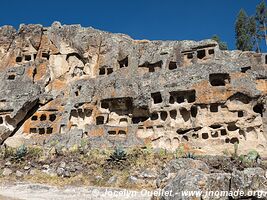 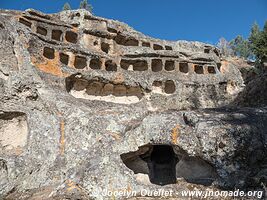 Back to visited regions
Next post
Polloc Church
(Peru)