Around Huamachuco, three sites are worth a visit if you like ruins from ancient civilizations. Even if you don't like ruins, I recommend a quick visit just for the fantastic landscapes. 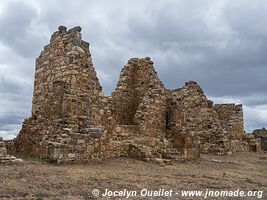 The site of Marcahuamachuco dates from AD 400, and the vast complex was a worship centre, according to the latest research. Its construction spreads over a period of 400 years. The complex was in use until about AD 1100.

Perched atop a mountain at an altitude of 3600 metres, the site offers some spectacular views on the surroundings in addition to numerous ruins of various shapes. The site is spread over a distance of 3 km. 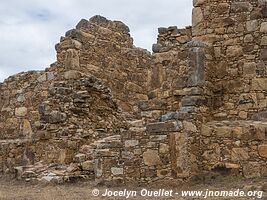 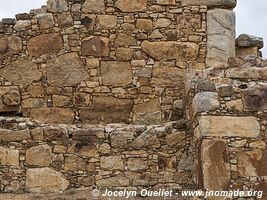 The central plaza and the castle 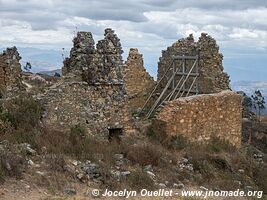 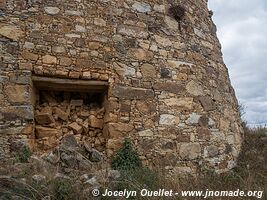 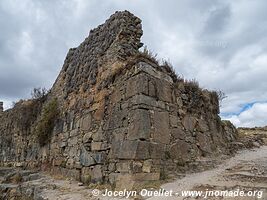 Between the castle and the Cerro Las Monjas, a wall, with a length of nearly 500 metres, has been built. The West Gate was the only access through it. 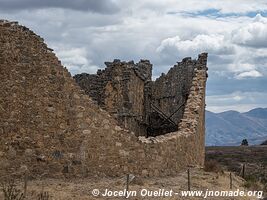 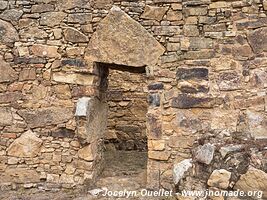 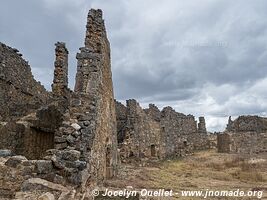 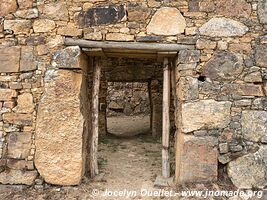 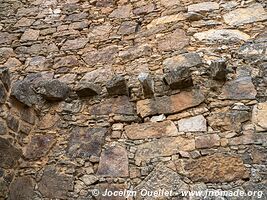 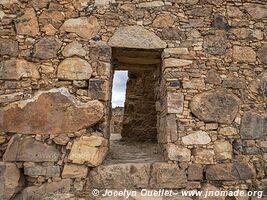 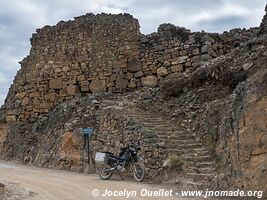 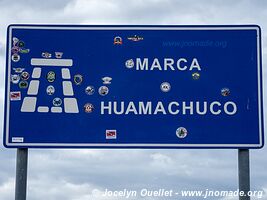 View on the city of Huamachuco. 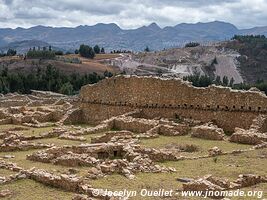 The construction of this site was completed around AD 700. Despite its proximity with Marcahuamachuco, the two places are not linked. Wiracochapampa was used as a ceremonial centre by the Wari culture.

Contrary to several other sites located at the top of a mountain, the structures of Wiracochapampa have been built at low altitude in a valley. 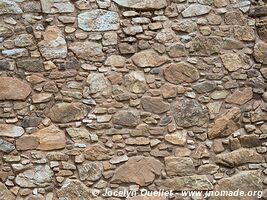 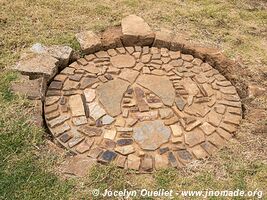 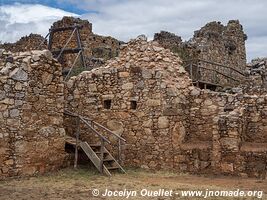 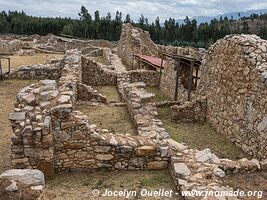 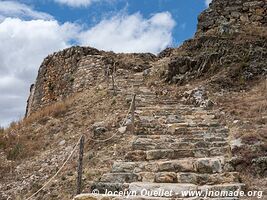 The archeological site on Mount Miraflores is located on the outskirt of the city of Huamachuco, at an altitude of 3440 metres.

The site is probably linked to the Marcahuamachuco Complex located slightly over three kilometres away as the crow flies.

The Marcahuamachuco Complex is on the highest mountain on the left. 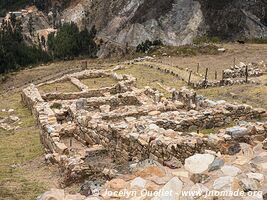 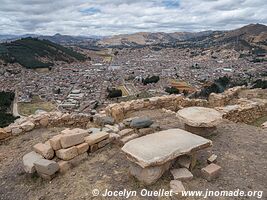 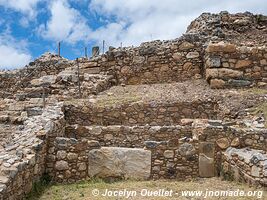 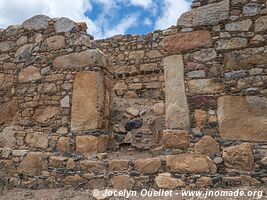 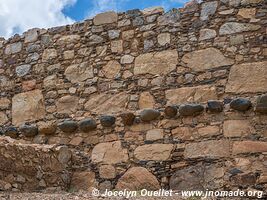 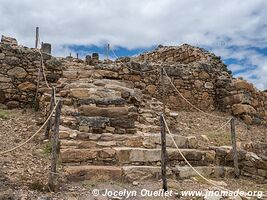 The city of Huamachuco.
Previous post
On the way to Huamachuco
(Peru)

Back to visited regions
Next post
Mountain Roads
(Peru)