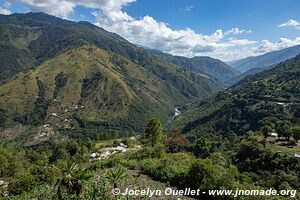 Alta Verpapaz et Baja Verapax are two mountainous departments in the centre of the country. This region is populated by the Rabinal Maya, a group known for its warlike abilities. When the Spanish arrived, they had a lot of difficulties in defeating these people. In fact, they didn't succeed.

It's the friar Bartolomé de las Casas who convinced the Spanish to accept a 5 years' truce with the Mayans. During that time, the friar and its brethren converted and pacified the Mayans. The region was renamed Verapaz, meaning True Peace. The Mayans of the area are still very traditional. 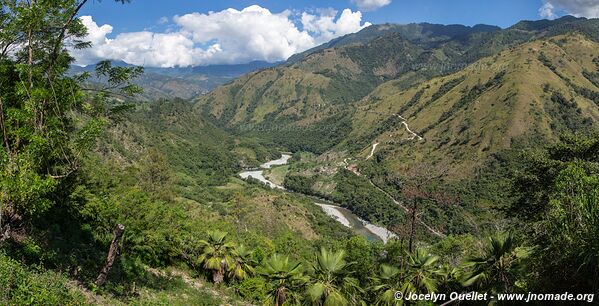 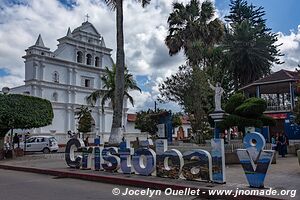 It's not a touristy town, but it's an excellent place to stop and relax for a while. Built on the shore of Lake Chichoj, it's a wonderful opportunity to sit in the central plaza and chat with a local, or walk to some nice viewpoints over the town. 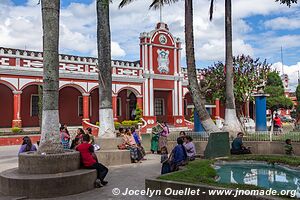 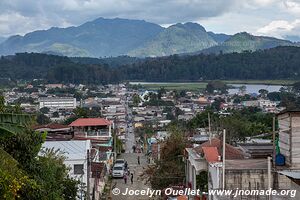 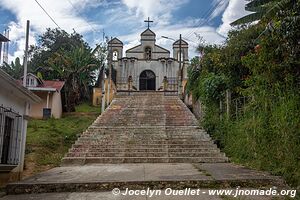 El Calvario is a church at the top of a hill where the views on the town are very nice. 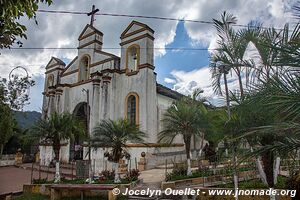 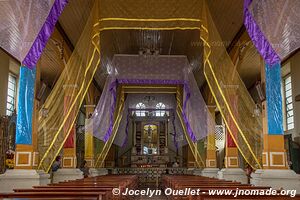 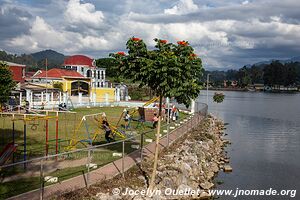 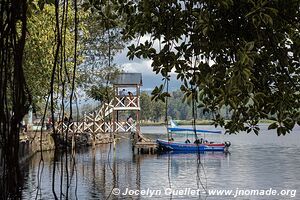 Public park on the lake shore.

Early in the morning.

This park protects, among others, the habitat of the quetzal. It's the national bird of Guatemala, and it is considered as an icon of freedom. The quetzal was revered by the Mayans.

The site only has one trail through a cloud forest, leading to a nice viewpoint and to a small waterfall. I didn't see any quetzal in the park. They are very rare in the region, and I was not in the best season to see it. 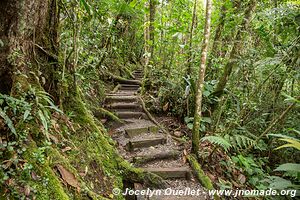 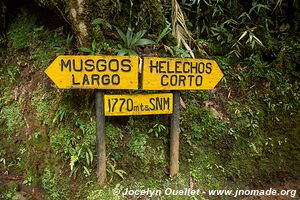 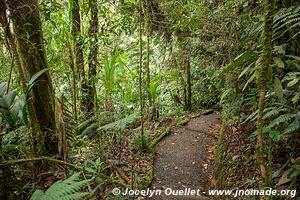 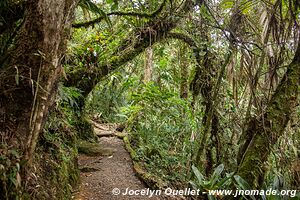 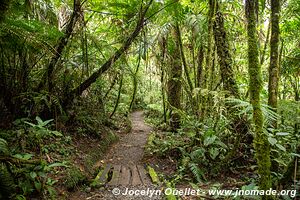 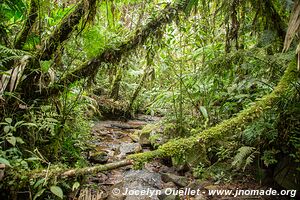 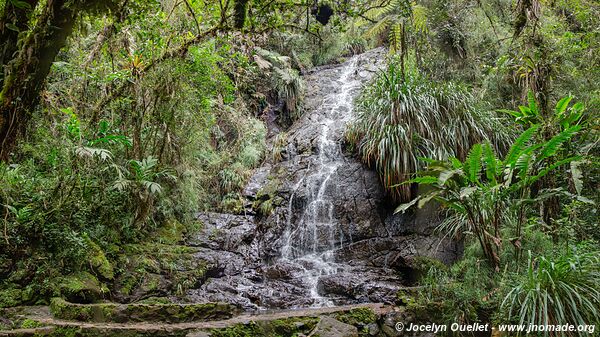 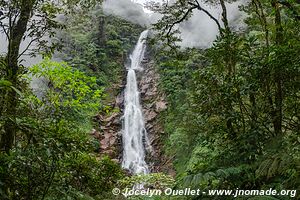 Apparently, it's the highest waterfall in Central America with its 130 metres. Well hidden in the forest, the cascade is impressive. 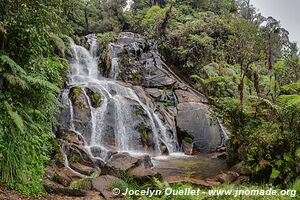 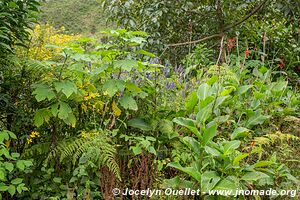 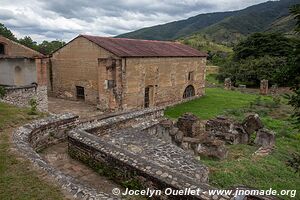 A trapiche is a traditional mill used to extract juice from sugar cane. The word also applies to the whole installation.

It's still possible to see canalizations that was bringing the water to the mill. 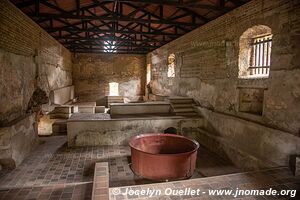 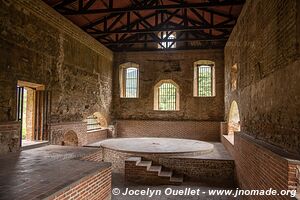 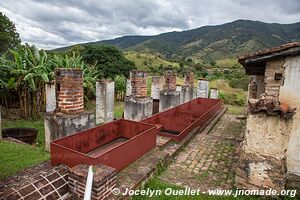 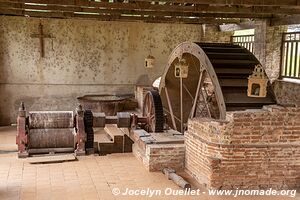 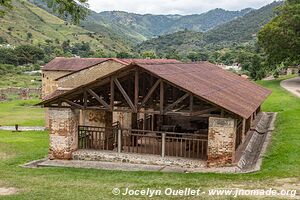 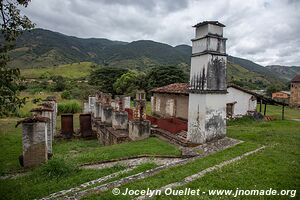 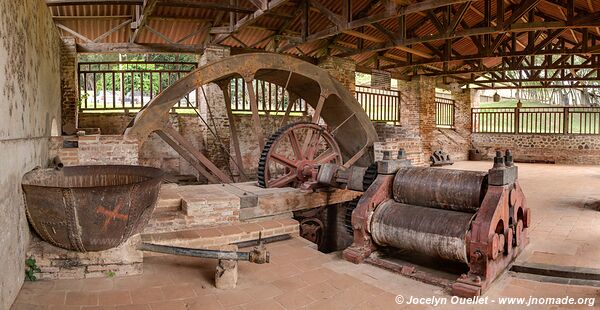 San Jeronimo, the town with the mill El Trapíche

The capital of Baja Verapaz. 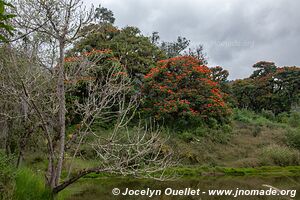 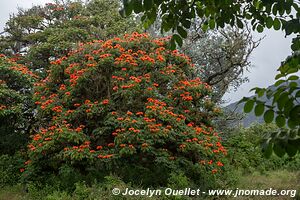 They are many of these magnificent trees in bloom.
Previous blog
Chajul
(Guatemala 2)

Back to visited regions
Next blog
Rió Dulce
(Guatemala 2)