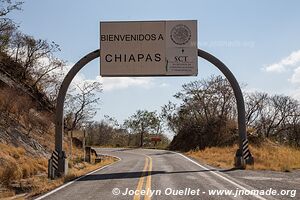 Chiapas is a low-lying region covered in jungle in the eastern part of Mexico. Among the poorest states, it is mainly populated by indigenous people. The Chiapas region once saw several great Mayan city-states flourish on its territory.

Chiapas has been one of the nicest regions I visited in Mexico. It's a region with nice archeological sites, a magnificent nature, and a people with some rebel inclination. Indeed, the Zapatistas are from this region. The group has been wanting more autonomy from the Mexican government... It never gained any real concessions from the government.

Here are a few photos showing the beauty of the region. 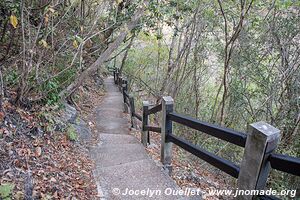 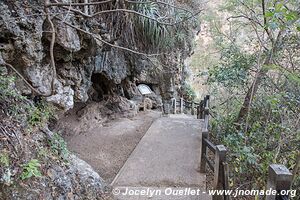 Going down to the Aguacero waterfalls. 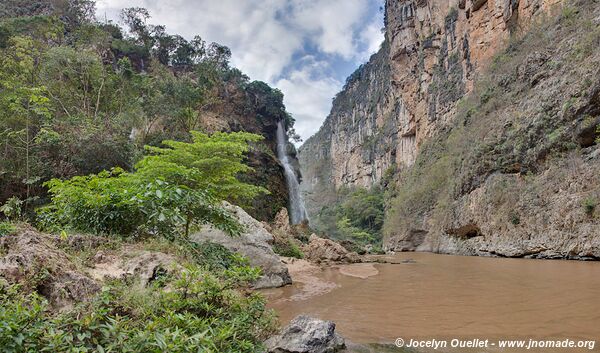 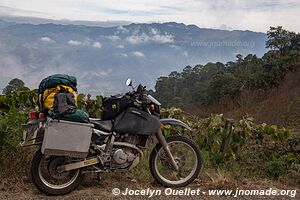 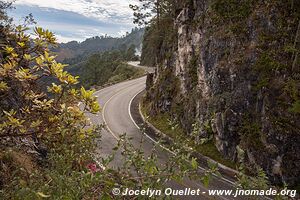 Alright, it's not nice everywhere. Trash management is still a problem in many poorer countries. 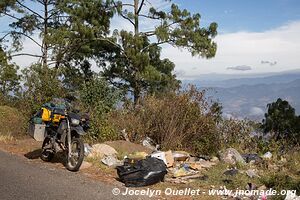 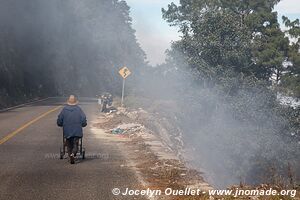 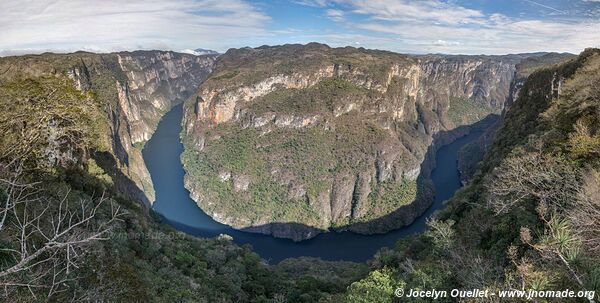 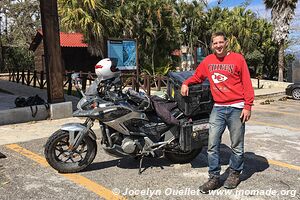 Here is a fellow biker from the United States. Brett has a concept that I find wonderful, he chooses to go to all the places mentioned in the song 'I’ve Been Everywhere' popularized by Johnny Cash and many others. This song lists 92 places in 18 countries from Alaska to Argentina. 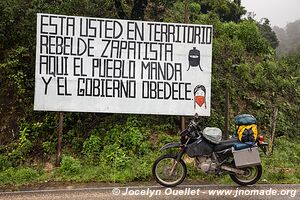 I am on the Zapatista rebels territory. This sign can be read as follows:

You are in Zapatista rebel territory.

Here, the people impose, and the government obey. 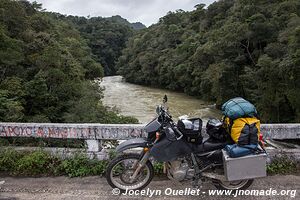 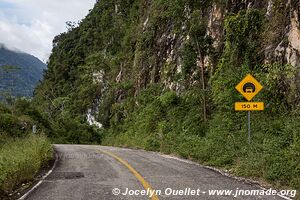 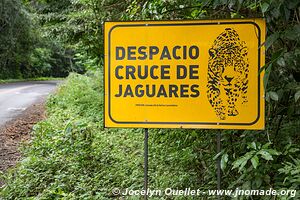 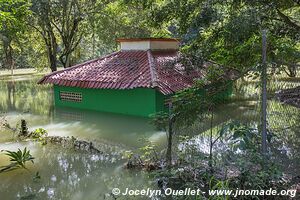 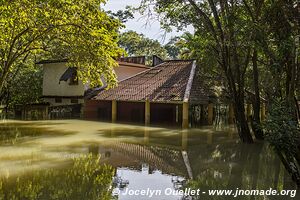 Back to visited regions
Next blog
Chiapa de Corzo
(Mexico)