San Miguel de Allende is a beautiful city with a colonial architecture, cobblestone streets, and superb lighting of certain buildings at nights. In 2008, it was declared a UNESCO World Heritage Site. A fair amount (too many?!) live in this city.

Because of the many foreigners living there, prices in the city are much higher than normal. As an example, on a beach of the Coast of Michoacán, I paid 13 pesos for a coconut (water and meat). A coconut in San Miguel could be bought for the bargain price of 70 pesos, courtesy of the expats and tourists that make the prices go up. Accommodations are much more expensive as well.

The city was founded by a Franciscan friar, Juan de San Miguel, who built a mission in 1542. 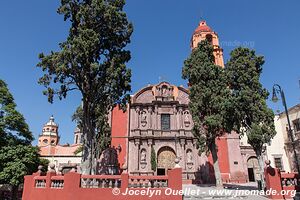 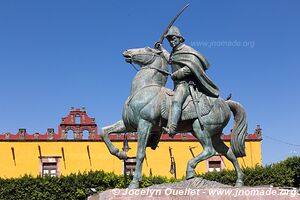 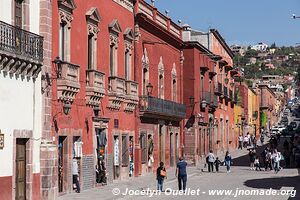 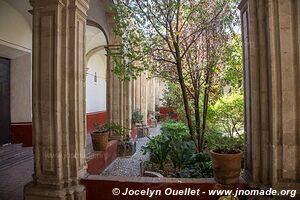 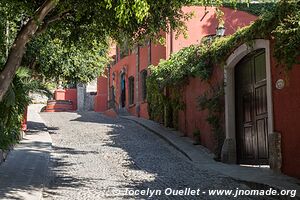 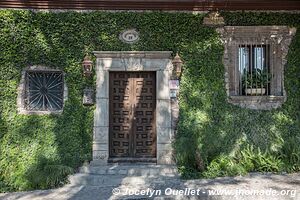 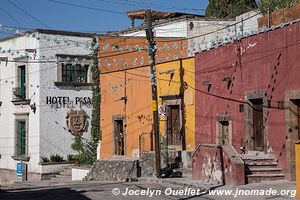 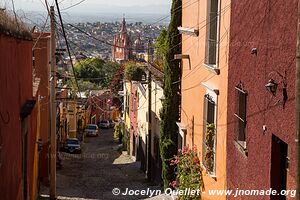 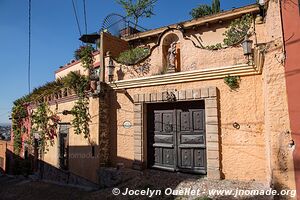 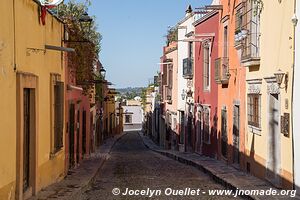 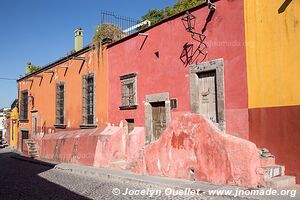 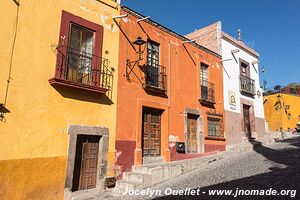 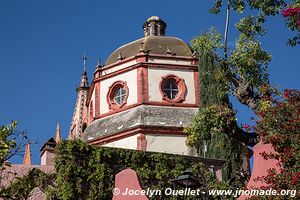 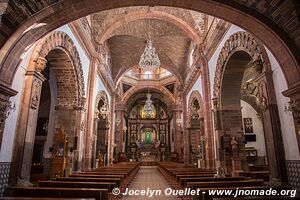 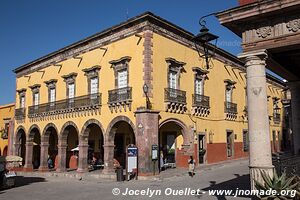 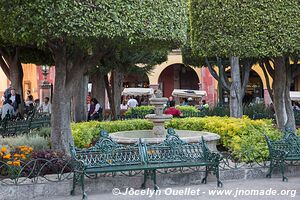 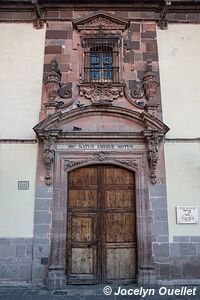 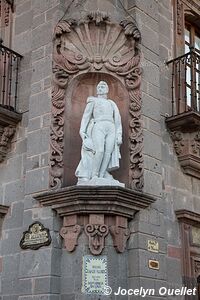 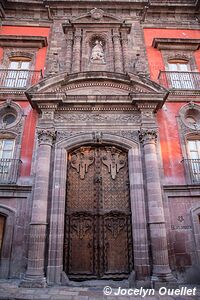 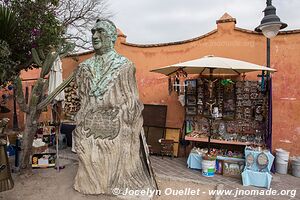 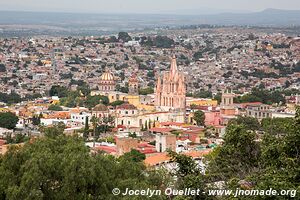 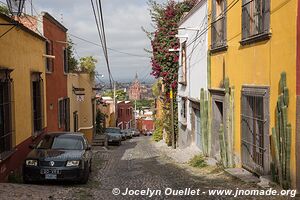 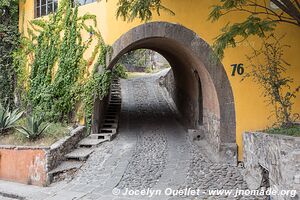 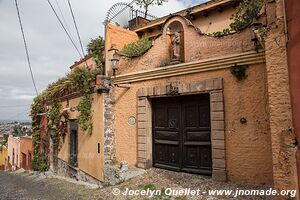 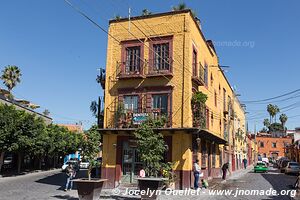 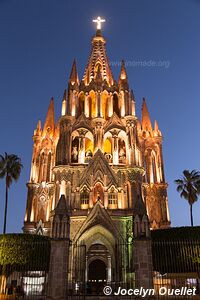 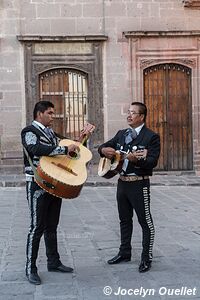 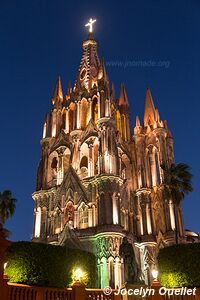 I don't know if this man knows what each cable does? The ex-engineer, who sleeps in me, is always impressed by such a sight. 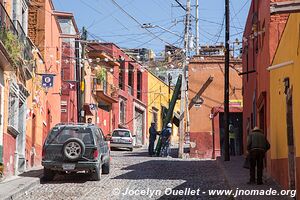 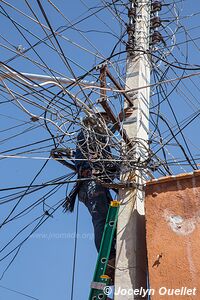 Back to visited regions
Next blog
Guanajuato
(Mexico)