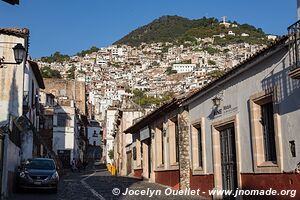 Taxco became rich from numerous silver deposits exploited during nearly 400 years and still harbour a rich colonial heritage. Nowadays, these deposits are depleted and the town now thrives on tourism.

For me, the most interesting aspect of Taxco was the maze of narrow streets built on the mountain side. In those streets, numerous Volkswagen Beetle taxi operated day long...

The first sight of Taxco is magnificent. 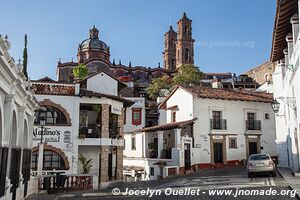 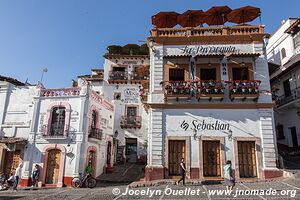 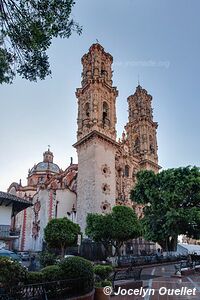 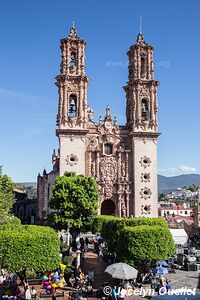 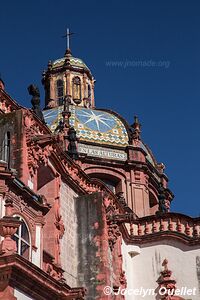 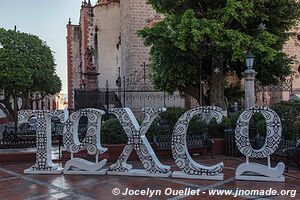 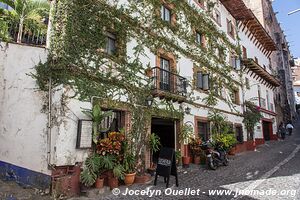 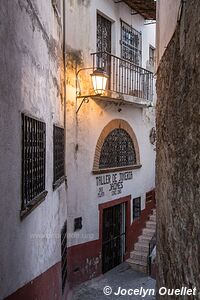 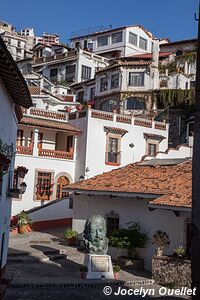 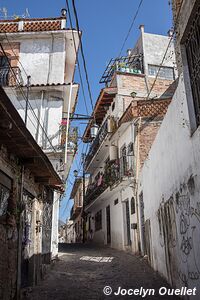 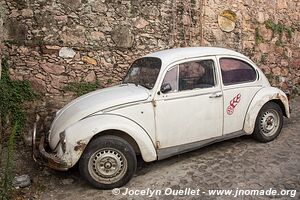 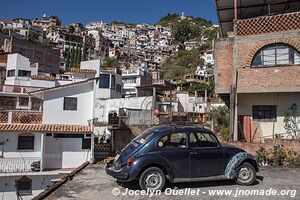 There are dozens of these Volkswagen all around town. 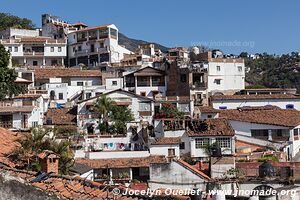 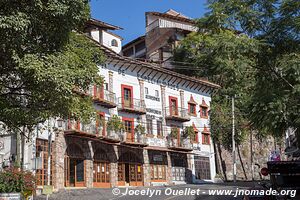 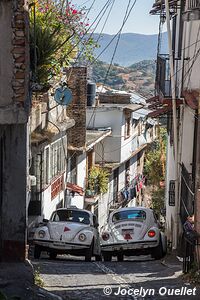 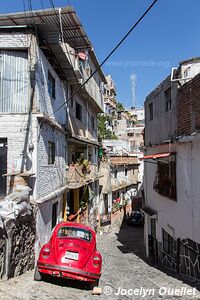 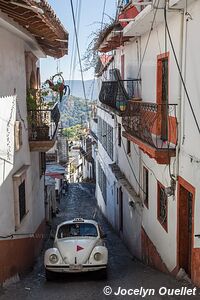 The small Beetle is perfect for the narrow streets of Taxco. 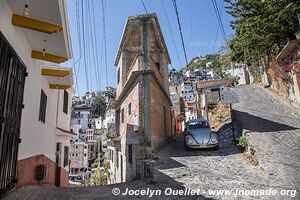 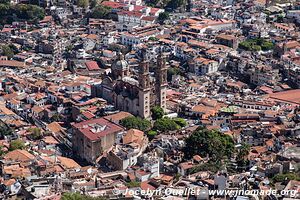 Mural made of thousands of small coloured rocks.
Previous blog
On the road - Butterflies and food
(Mexico)

Back to visited regions
Next blog
Malinalco
(Mexico)