From Arica, I did a few excursions in the backcountry, but without reaching the highlands. My first loop was on the route called the Missions Road, then my second outing was a round-trip on a track following a railway.

In this post and the next ones, you will see lots of photos with very arid landscapes and with almost no vegetation whatsoever. The reason is that the region is part of the ecosystem of the great Atacama Desert. It is one of the most arid areas of the planet.

This vast desert extends over a landmass of 1600 km, located between the Pacific Ocean and the Andes Mountains. It covers Northern Chile and the extreme south of Peru. In Chile, the cities of Antofagasta, Calama, Arica, Iquique and Copiapó are all in this desert.

Some areas of the Atacama may not see any rains for more than 50 years in a row. Despite that, there are a few large cities near the coast, and some villages in the mountains. However, it is a region with a very low population, and with large distances without seeing any people anywhere.

Since I started my trip, it is the only place I had to carefully plan so I don't run out of fuel, even though my motorbike has a range of nearly 500 kilometres. In the mountains, supply is often provided by a few individuals out of their home who provide fuel from jerrycans (at double the normal price). The problem is that sometimes they don't have anything for sale. 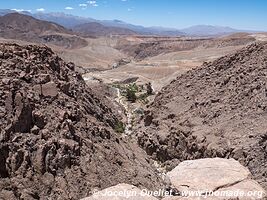 From Arica, I now head in the direction of Putre in order to get to the beginning of the Missions Road. The route, whose origin dates back to the 16th century, links the region of Potosí in Bolivia to Arica in Chile. The Spanish used this route to transport silver ore extracted in the mines, and several villages with a small church were founded along the way.

There are dozens of churches along this itinerary, but I saw only a few of them. Honestly, what I liked while driving this route is more the scenery than any specific churches. 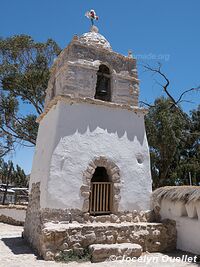 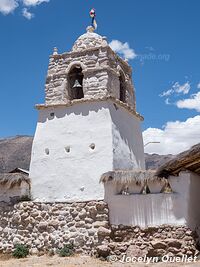 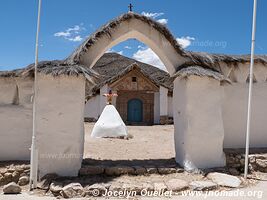 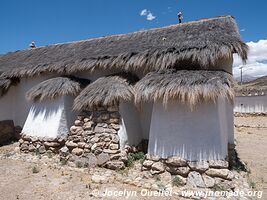 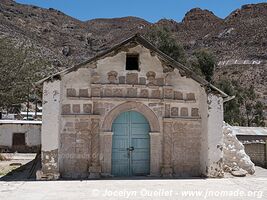 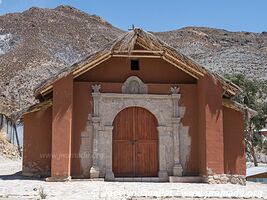 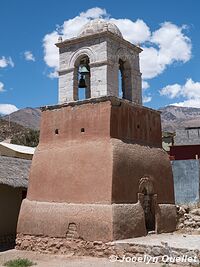 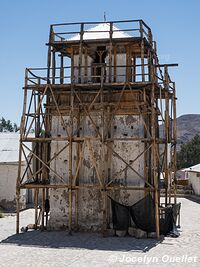 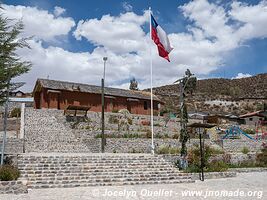 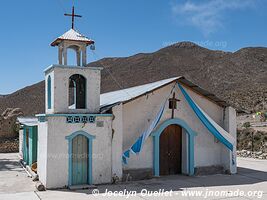 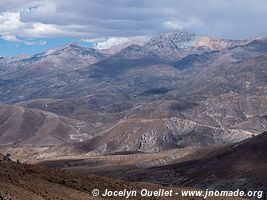 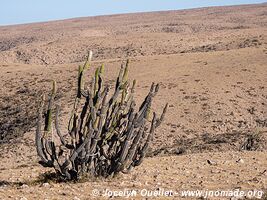 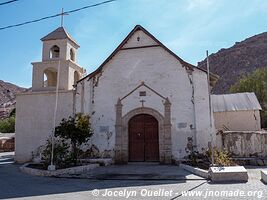 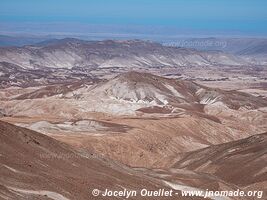 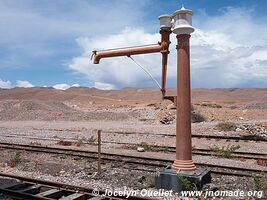 This trail follows the old railway linking Arica to La Paz, the capital of Bolivia. It was built in 1904 and inaugurated in 1913. Since Bolivia has no access to the sea, the train was used to transport Bolivian minerals as well as merchandise destined to be exported or imported.

The railway company operated the trains on this route up until 2005, before going bankrupt. Nowadays, the merchandise is mainly transported by truck from neighbouring Peru.

In addition to the fantastic scenery, there are still interesting train stations along the way; all these places seem to be abandoned.

Looking at the map, you will notice that I backtracked on my way to Putre. It was not my goal, but where I turned back, I got scared that I could fall due to the state of the road. Also, I didn't see anybody during my two-day journey; I slept in the middle of the desert.

My campsite outside the trail. 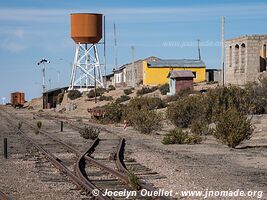 Here is Puquios station. As in the previous one, it seems to be also abandoned, except for a house with a fairly new padlock on the door. 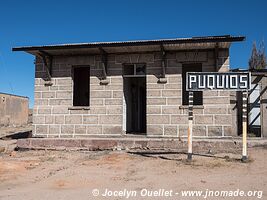 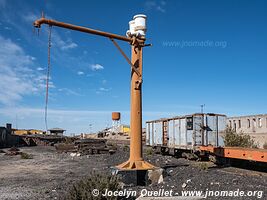 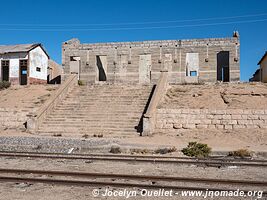 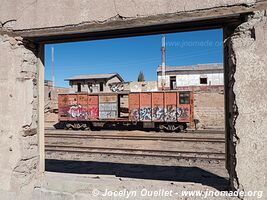 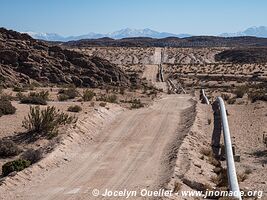 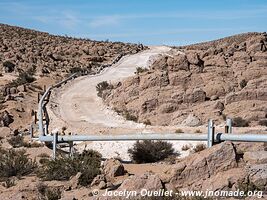 After turning back, I once more drove on the road I previously used to get to the Missions Road loop. But this time, I headed to the town of Putre at the foot of Lauca National Park; see the next post.

I briefly stopped in the village of Socoroma. 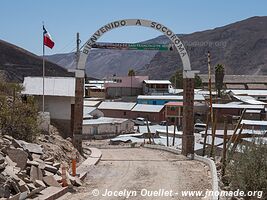 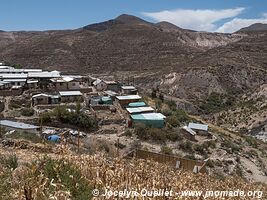 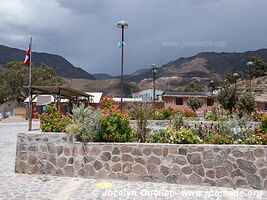 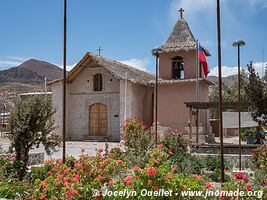 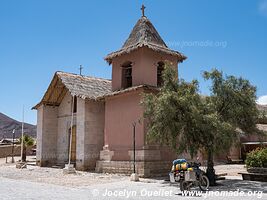 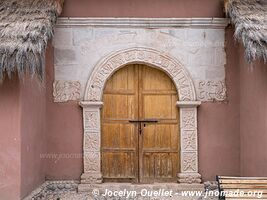 View on the town of Putre.
Previous post
Arica and around
(Chile)

Back to visited regions
Next post
Lauca National Park
(Chile)