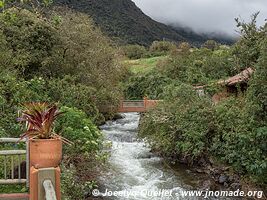 The park is home to Cayambe Volcano, the third-highest summit of the country with a height of 5790 metres. It's a vast territory that I explored from various entry points.

First, let's start with the most relaxing place; the hot springs of Papallacta. It's the most beautiful place of that kind I visited since I left Quebec. At an altitude close to 3100 metres, the temperature is relatively cold, and thus ideal for enjoying the pools with water varying from very cold (directly from the river) to some 40 degrees.

During my visit, the weather was cloudy and there was even a bit of rain... it was an excellent day. I think it's better to visit the place on a cloudy day since bathing in 35-degree water when the sun is shining with all its strength would have been suffocating. I spent 5 hours wallowing in the various pools... I was quite wrinkled at the end of the day. 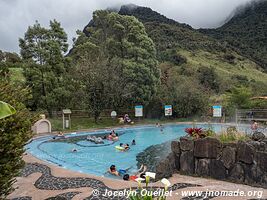 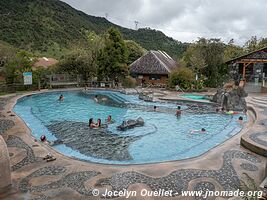 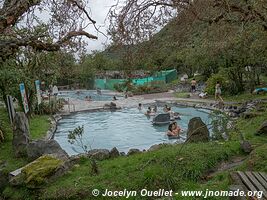 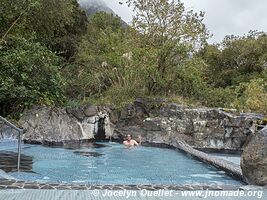 On clear days, it's possible to see Antisana Volcano (5753 metres) from Papallacta. I only saw it on the day of my departure. 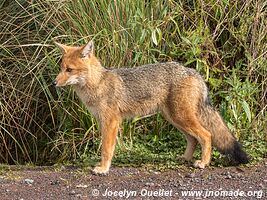 At the entrance of a protected area of the park, I was lucky enough to see two magnificent páramo foxes. They are wild animals, but they seem used to roam around the rangers' house looking for food scraps. 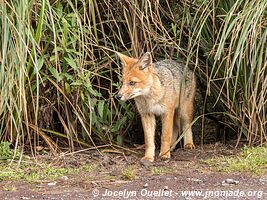 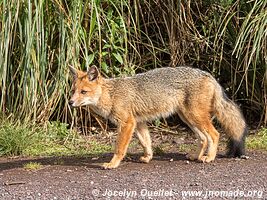 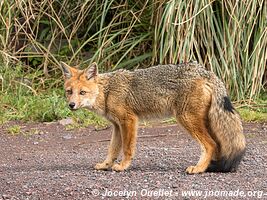 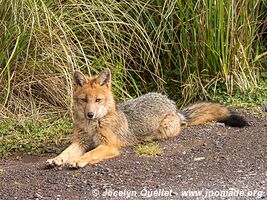 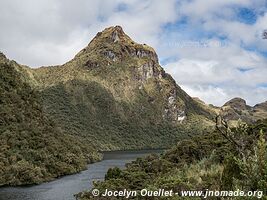 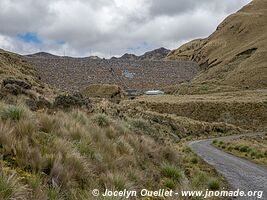 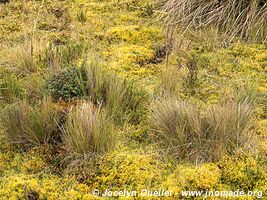 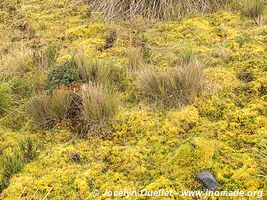 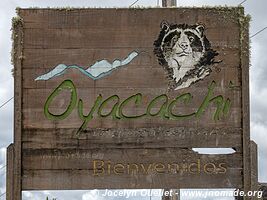 There are bears in the area, but they are rarely sighted.

Even though the region is a national park, there are villages in the middle of some protected areas.

A road from the village was going down toward the jungle. I followed it for a few dozen kilometres, and the contrast was impressive. The temperature was getting hotter and the humidity was increasing rapidly... I only went down to about 2000 metres. 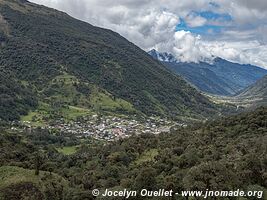 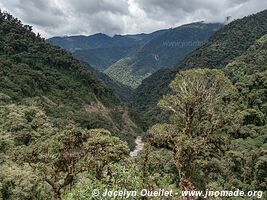 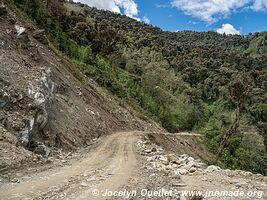 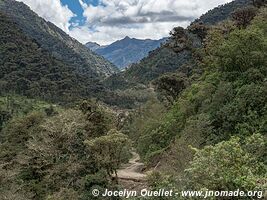