Road from Cafayate to Angastaco
Argentina 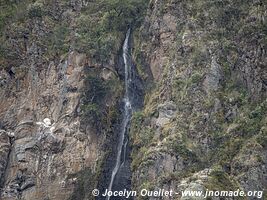 Start from the white rock, draw a horizontal line, cross the waterfall, go through the rocky area, after the rock there is a brown/black spot on a green background. That's my condor...

I went to Laguna de Secas to see condors. On the internet, everybody says that they are easy to observe. It was the truth!

On the previous photo, there is really a juvenile condor... shot with an 800 mm lens. Despite this super range, the condor is only a small blemish on the photo. I saw some fly around as well, small black dots in the sky.

So there are easy to see, but the problem is that to see them, one would need to be the lucky owner of the Hubble telescope (equivalent to 57,600 mm, for 1 billion dollars... but it's too big for the motorbike). 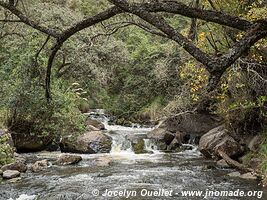 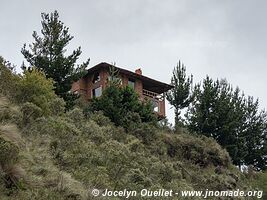 The cottage where I slept. 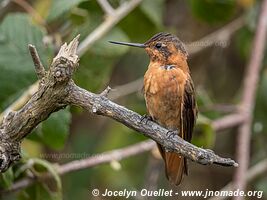 Really disappointed not to see them somewhat closer, I enjoyed shooting these magnificent, but tiny birds. 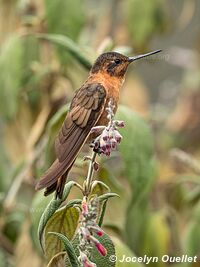 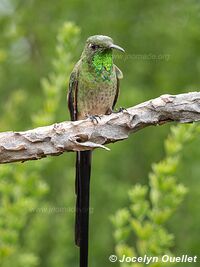 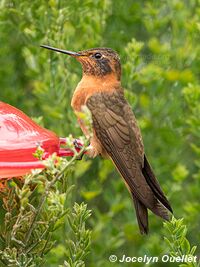 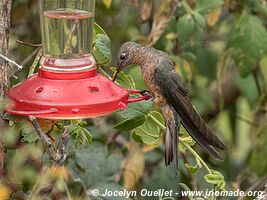 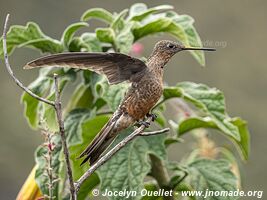 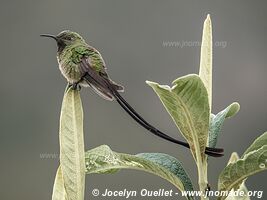 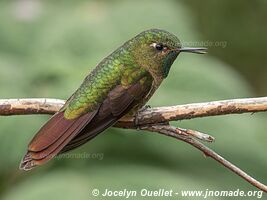