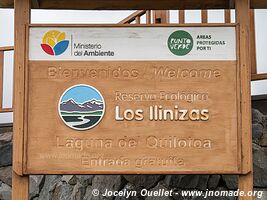 The Quilotoa is a crater lake, with a width of about 3 kilometres, that was created after the collapse of a volcano that erupted some 600 years ago. The caldera has an estimated depth of 250 metres; however, a popular legend insists on the fact that the lake is bottomless...

The Quilotoa Volcan as seen from a distance of about 4 kilometres.

The Laguna Quilotoa in all its glory. 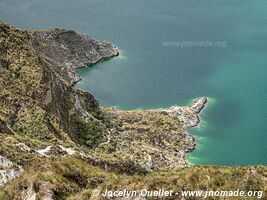 After driving to the crater rim with the motorbike, I did a hike around the ancient volcano. This hike is only about 10 kilometres, but I still needed 5-6 hours to complete it.

The scenery is fantastic. On one side, there are views on the Laguna Quilotoa, and on the other side, one can enjoy views on villages and farming lands. 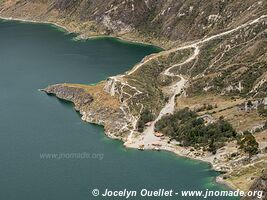 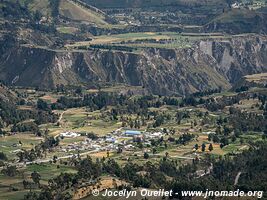 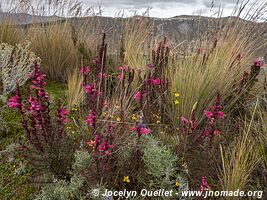 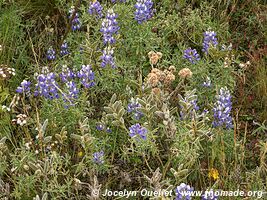 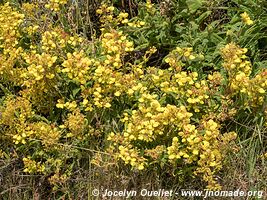 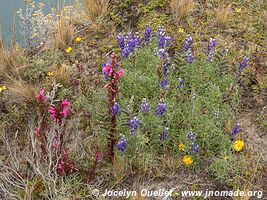 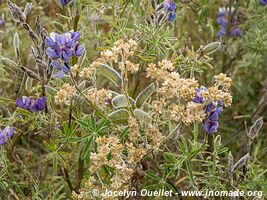 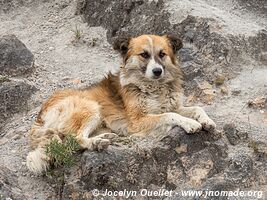 This dog would really like to be adopted by a hiker. 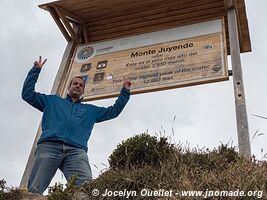 The highest point of the hike at 3930 metres. 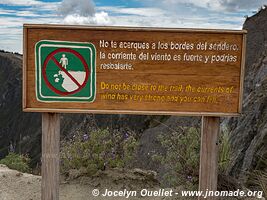 Even Google can do better than this so-so translation. 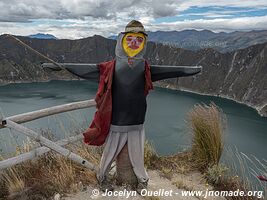 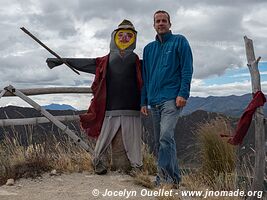