Road 13 from Uspallata to Mendoza
Argentina 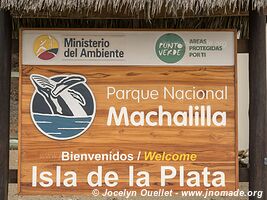 Machalilla Park is the only coastal park in Ecuador. Created in 1979, the park protects about 50 km of beaches, 400 sq km of tropical dry forest, and 200 sq km of ocean (including a few islands).

Off to Isla de la Plata 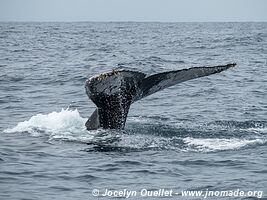 The most important island of the park, Isla de la Plata, is located about 25 km from the nearest coast, and some 41 km from Puerto Lopez, from where tours start. From June to October, it is possible to see whales while going to the island.

Despite the fact that I went very early in the season (on June 3rd), I was lucky to see several Humpback Whales. 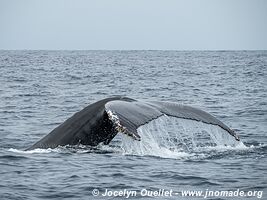 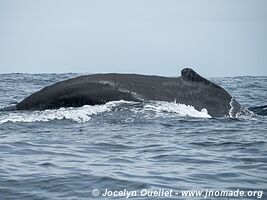 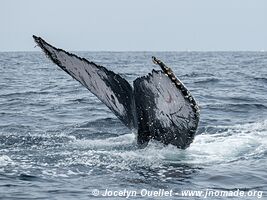 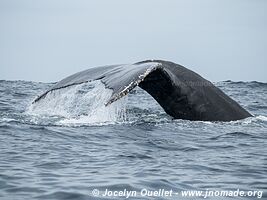 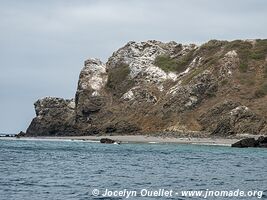 Two hypotheses explain the origin of the island's name (plata = silver). The first is the legend about Sir Francis Drake, an English sailor, who buried a treasure on the island. The second hypothesis comes from the fact that parts of the island is covered with guano (birds' excrement), and that under the moonlight, the island turn to a silvery colour.

The island is also nicknamed the Galápagos of the Poor since the cost of an expedition to the island is way lower than one to the real Galápagos. I would add that poor may also refer to the lack of species on the island, and to the few ecosystems that can be seen. Nevertheless, the island is worth a day's visit to see Blue-footed boobies, frigate birds, pelicans, and green sea turtles near the shores. 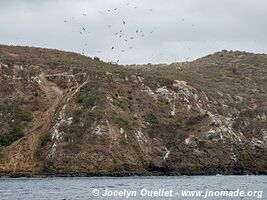 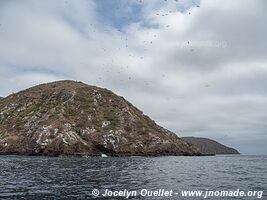 Notice the large quantity of birds in the sky. 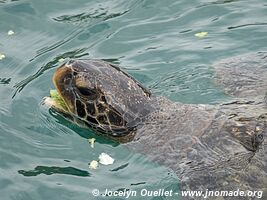 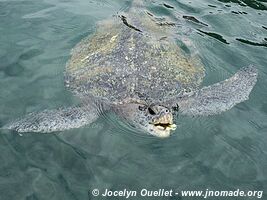 Several green sea turtles welcome the visitors. It is possible to see them from so close since the guides feed them by giving them chunks of lettuce to attract them. 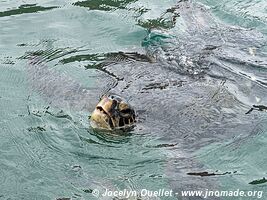 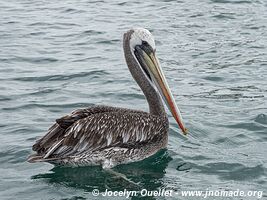 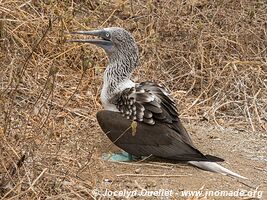 The blue-footed booby is in the same family as the Northern gannet at home (in Quebec). It's a docile animal and it's easy to observe it from a close distance. 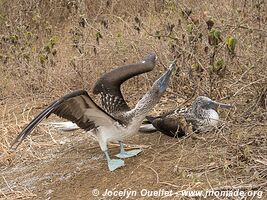 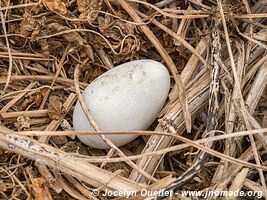 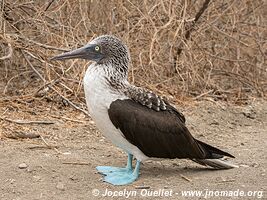 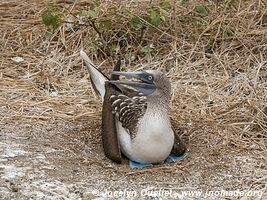 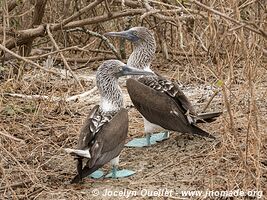 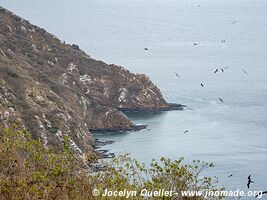 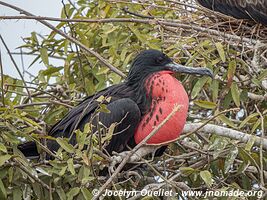 The frigate bird is another species that is easily observed on the island. The male is a peculiar sight with its gular pouch under the throat, which they inflate during the breeding season to attract females. The females have generally a white neck. 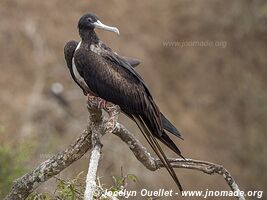 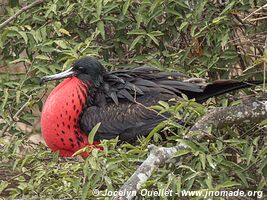 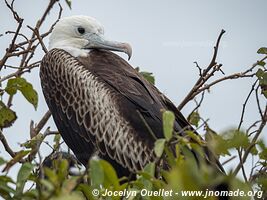 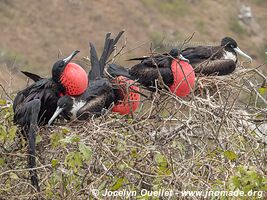 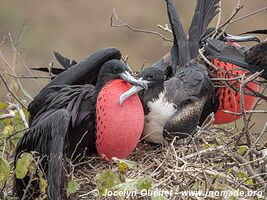 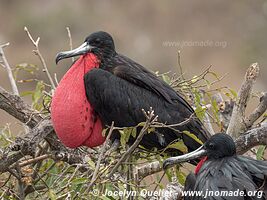 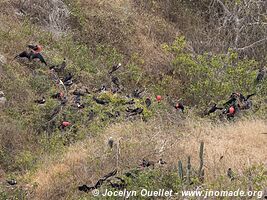 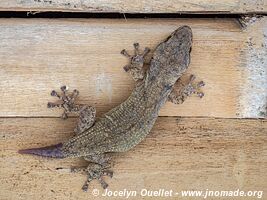 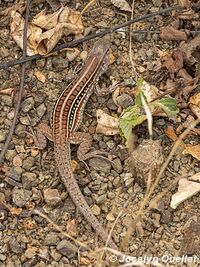 Back on the mainland, Machalilla Park protects a stretch of magnificent beaches among which the most famous is the Los Frailes Beach.