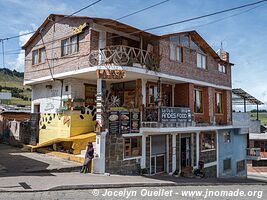 Salinas is a superb village very popular with travellers and locals alike. In addition to being picturesque, Salinas could be described as a small gastronomic village. Some local businesses produce cheese, salamis, and even chocolate; believe me, everything is delicious.

Salinas is located on the Trans-Ecuadorian Trail that most cyclists follow to cross the country from north to south, or vice versa. There, I met many cyclists. 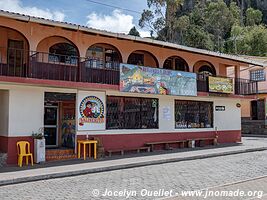 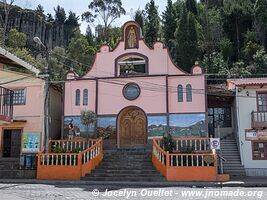 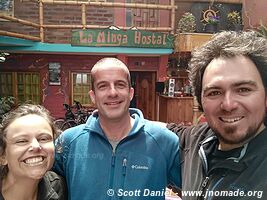 Catherine, a cyclist friend from Quebec, mentioned to Sara and Scott that I was in Ecuador with a motorbike. Thus, when we started talking, they asked me where I was from and I also told them I was travelling with a motorbike. Then right away, to my great surprise, the next question from Sara was to ask me if I was Jocelyn. Wow! She talked to me about Catherine, and I understood why she knew who I was. 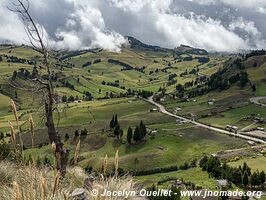 A small hike leads to a mirador with magnificent views on the village and the surroundings. 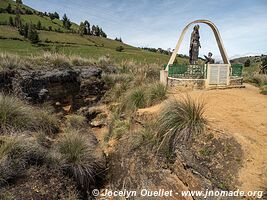 When Salinas was founded in 1884, the salt mine was the principal income for the village. It was a tough and seasonal endeavour since during the rainy season, the salt was too diluted.

On the adjacent photo, the mouth of the stream can be seen next to a statue of the Virgen. Nowadays, the mine produces very little salt since the source seems to have mostly dried up, and the village has also diversified its economy. 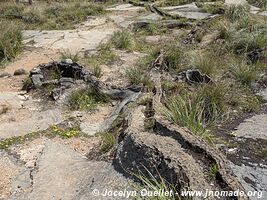 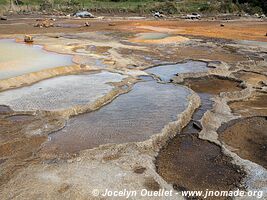 The salty water is collected in various pools built on this rock wall. 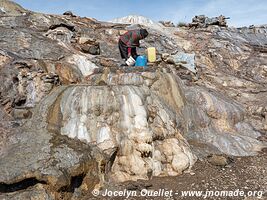 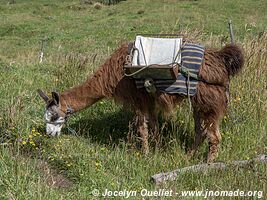 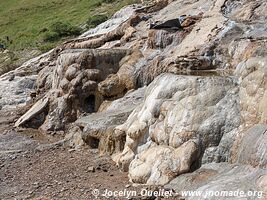 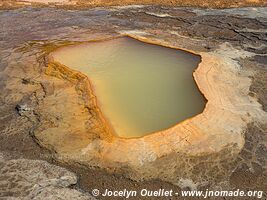 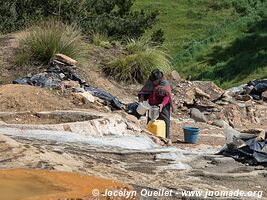 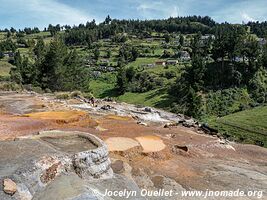 The Trans-Ecuadorian trail before reaching Salinas 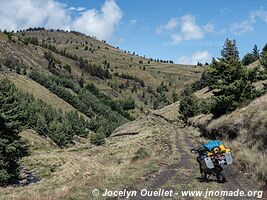 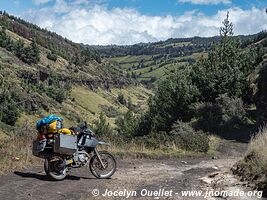