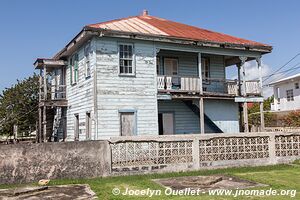 I got a surprise when I first stepped into Belize. After more than 4 months in Mexico, my Spanish was getting quite decent. Thus, when I got to the border, I was proud to speak Spanish. I talk to the custom officer with a big smile until she dryly and unfriendly tells me: 'In Belize, we speak English.' Ah! Euh! Sorry.

I had not read anything on Belize, and I thought the official language was Spanish as in the rest of Central America. During y visit of Corozal Town, some young Rastafari were greeting me with 'what's up.' Wow. I had the feeling of not being in Latin America anymore.

I sat on a park's bench and I read the introduction to Belize... It's an ancient British Colony. Nowadays, the ethnic diversity is obvious; Mestizo, Creole, Maya, Garifuna, Indian, Chinese, Spanish, and Arab. Corozal Town, like many other towns I visited, seems poorer than comparable towns in Mexico. In fact, the country seems poorer, despite the fact that the cost of life is a lot higher than in Mexico. 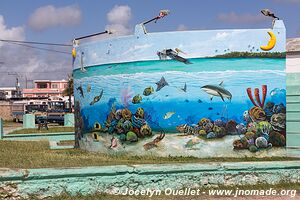 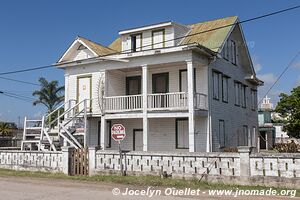 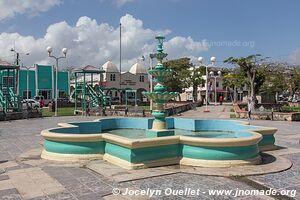 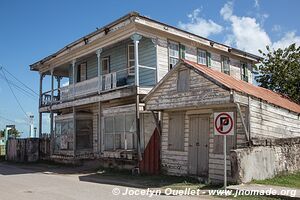 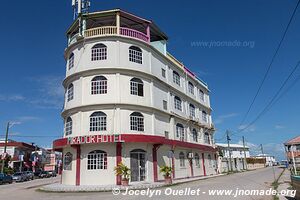 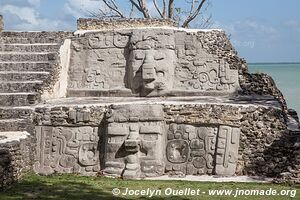 Cerro Maya is the only Mayan site of Belize on the seashore. The temples were built around 50 BC.

The only temple completely restored. 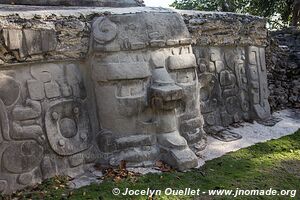 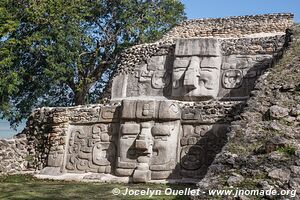 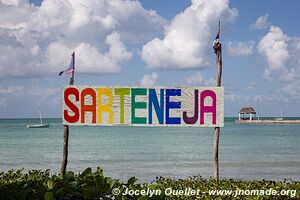 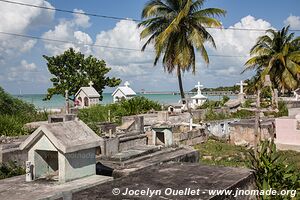 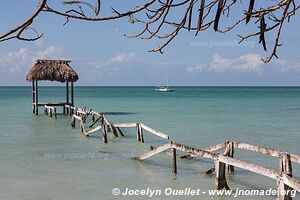 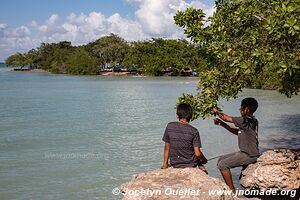 Back to visited regions
Next blog
Lamanai and Altun Ha
(Belize)