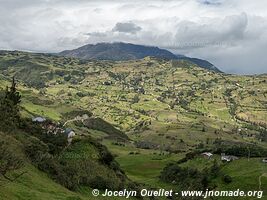 Departing from Guayaquil on the coast, I head toward the Andean Mountains. It's the longest mountain range in the world with a length of 7100 kilometres. They spread from Colombia to Argentina, crossing Ecuador, Peru, Bolivia and Chile. Thus be prepared, you are going to see lots of mountains photos since it's the type of environment I love.

From Guayaquil to my first stop in the mountains, I travelled only 100 km as the crow fly, or about 200 km on winding roads. I went from sea level to some 3000 metres in altitude. What a change of scenery and climate.

View on the town of El Tambo.

Far away on the horizon, the lowlands along the Pacific Coast are almost always covered in clouds at this time of the year. 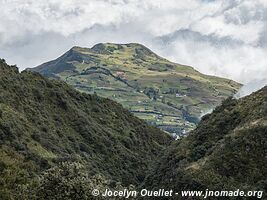 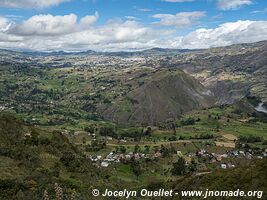 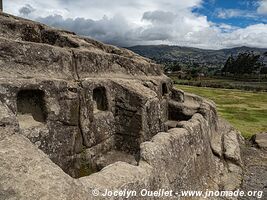 There are few Inca ruins of importance in Ecuador. The site of Coyoctor is also named Baños del Inca due to the interconnected pools carved in the rock.

Even if the site is small, it's quite astonishing to see the effort that was required to sculpt a large boulder into various pools, staircases, and canals. 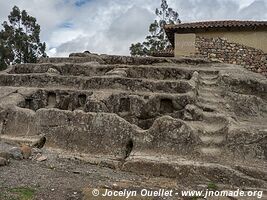 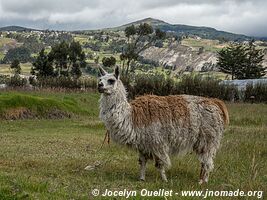 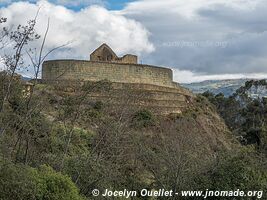 Temple of the Sun.

Ingapirca is the best preserved site in the country. The ruins were originally used by the Cañari people as an observatory. In the 15th century, the site was conquered by the Inca who repurposed it as a military fortress. Finally, after the Spanish Conquest, numerous stones were carried away for the construction of nearby cities.

The most important structure is the Temple of the Sun, with an elliptical form. A short distance from the fortress, there are a few interesting structures. 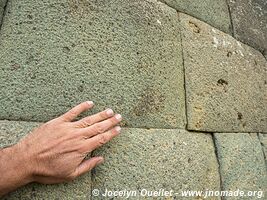 The stones were sculpted with great accuracy. 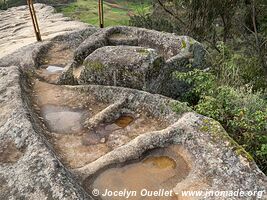 Not too far from the site, an Inca bath 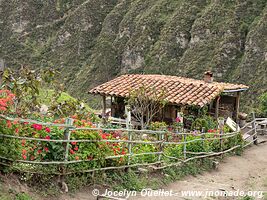 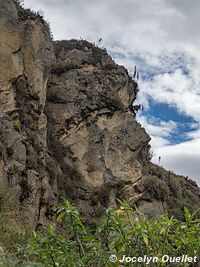 After a few hundreds metres on a nice trail, one reaches this nice rock formation that resembles an Inca face. 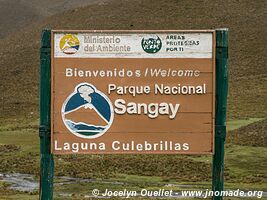 Sangay is a massive park of 2710 sq km where three of the most magnificent country's volcanoes are found; Tungurahua Volcano at 5016 metres, El Altar at 5319 metres, and Sangay at 5230 metres. There are accesses to the park from various entrance points, and I will try to explore some of these zones.

Here is the first zone visited in the park; the Laguna Culebrillas. 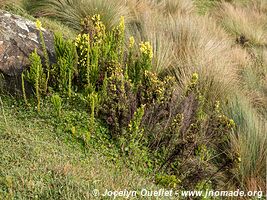 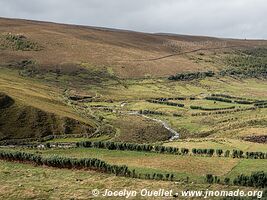 This type of ecosystem is named páramo. It can be described as a high-altitude grassland located between the forest limit and the eternal snows.

Back to visited regions
Next post
Nariz del Diablo
(Ecuador)